Tottenham boss Antonio Conte: I could make better VAR decisions from my own home 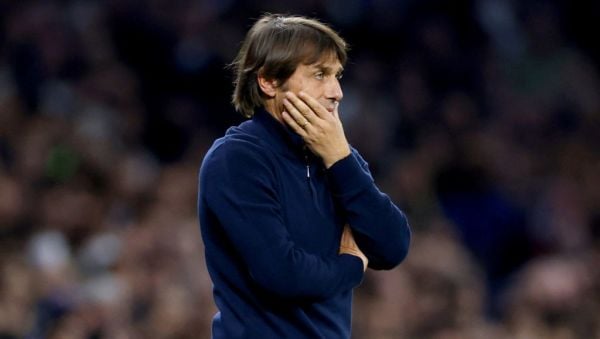 Tottenham manager Antonio Conte continued his tirade against VAR on Friday by insisting it is cutting the emotion of the game and joked he could make better decisions from his own home.

Spurs were left furious during Wednesday’s Champions League fixture with Sporting Lisbon when Harry Kane was denied a stoppage-time winner after he was adjudged to be marginally ahead of the ball and therefore offside.

Conte lambasted the technology and accused it of being dishonest against his team following the draw with Sporting, which means Tottenham still need a point in Marseille on Tuesday to qualify for the Champions League last 16.

I don’t really know what to say to be honest I’m just absolutely gutted it ended like that and not with a win. To take the positives we showed great fighting spirit and it’s all in our hands for the final group game. pic.twitter.com/y0KliepxV2

He remained unhappy when he spoke at a press conference ahead of Saturday’s trip to Bournemouth and said: “What happened in the last game was incredible, incredible.

“You score, you are already qualified for the next round, you are celebrating and then you have to stay for five minutes to look at the situation with VAR and you take the decision and you don’t know if it’s right or wrong.

“Instead then you see for example they take the opposite decision. Oh, I don’t know football or maybe who stays in the VAR, they are seeing another image.”

The Italian reiterated in his mind it was “impossible” for VAR to make mistakes given the time and extra images the official gets to view.

He was more positive about his time at Tottenham ahead of the anniversary of his appointment next week.

Conte added: “I’m enjoying my time at Tottenham. I think in one year we had a great path together with the club, the players and the fans. I’m enjoying every single moment with my adventure in Tottenham.

Antonio Conte: “I am enjoying every moment of my adventure with Tottenham. I discovered a modern club, with fantastic training ground, amazing stadium and passionate fans. At the same time the demands of our fans, the demand is very high and I continue to enjoy every day. #thfc pic.twitter.com/BQ7DSIDpc0

“For sure, I discovered a modern club, a club with fantastic training ground, amazing stadium, the passion of our fans and at the same time also the demands of our fans. Because with our fans the demand is very high! Yeah, I continue to enjoy every day to stay here, to work here for this club.”

Bryan Gil made another strong impression from the bench in midweek but is yet to play in the Premier League this season.

The Spain international was likened to Bernardo Silva by his manager, who has used the attacker three times as a substitute in the Champions League.

“Bryan Gil is a player that I always said to you is a really good prospect but physically is not so strong,” Conte said.

“I believe in him, otherwise I don’t risk playing him in the Champions League. But I try to find the right moments when he can be useful for the situation we’re facing at that moment.

“I’m sure about Gil’s future because we’re talking about a player who sees football. When I ask him something in the training session, he understands quickly and also his desire is to become an important player.

“If I have to compare him with someone I can see him like Bernardo Silva at (Manchester) City in his structure. But, for me, at this moment Silva is physically stronger than him but we are talking about this type of player.”

Spurs have been fined £20,000 by the Football Association after admitting they failed to ensure their players conducted in an orderly fashion during last weekend’s match with Newcastle.