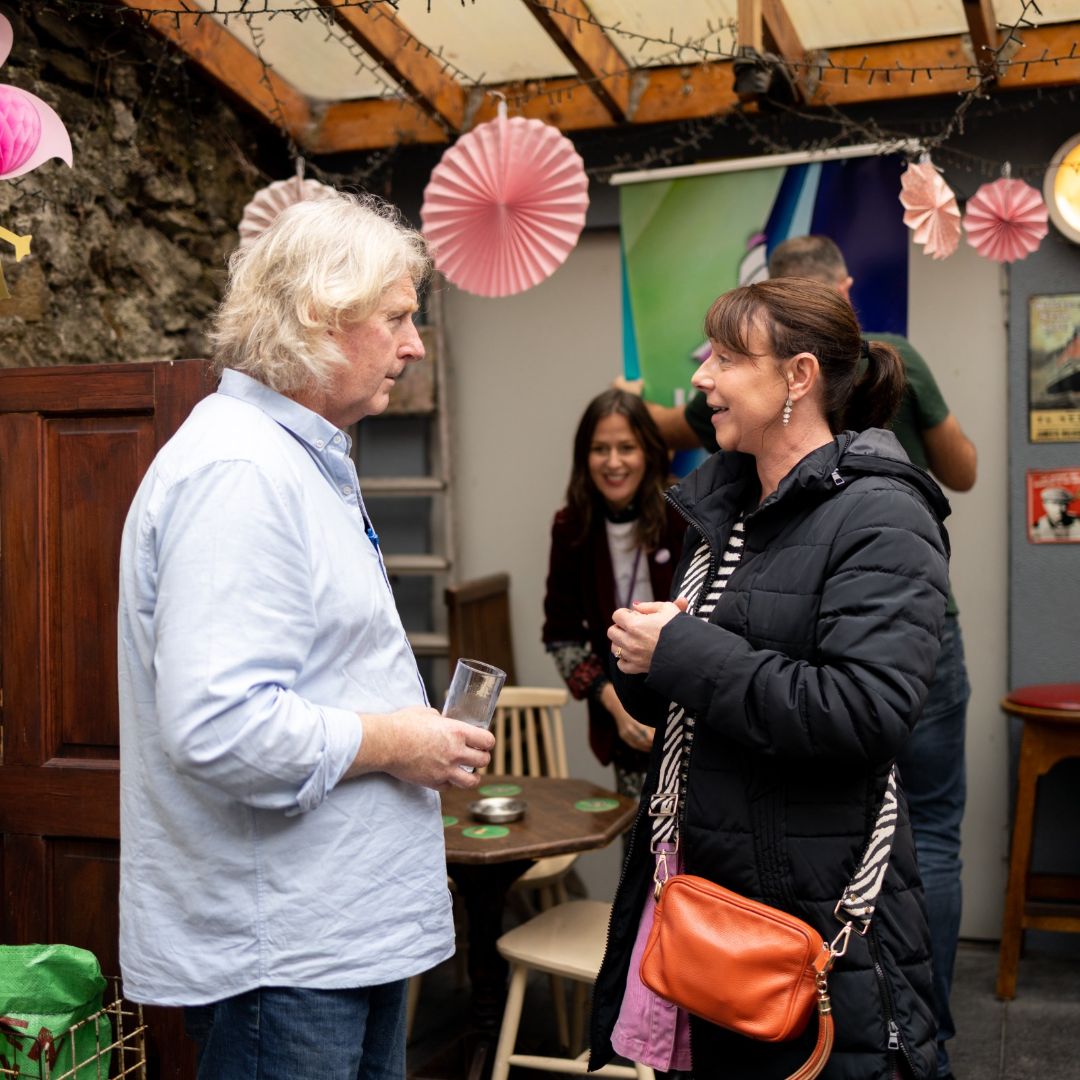 Andrew Doherty in conversation at Jordan’s after his talk on the Great Western on Saturday last.

WATERFORD people love chatter about times past. As the numbers crowded into Andy Jordan’s bar on the Quay on Saturday last, you can see that these people remember the Great Western Ship on which generations of Waterford people travelled and worked aboard the SS Great Western which connected the port with Fishguard in Wales from 1934 to 1966.

The ship was also a great employer with the workforce dominated by fishing people from Passage, Cheekpoint and Waterford.

The pay was regular and pretty decent and avoided the long wait that families had to make for money when sons and husbands went deep sea.

Sadly, tales of emigration dominate Andrew’s narrative. I can remember as a young child my father saying sad goodbyes to friends and relations down on Adelphi Quay and Andrew’s description of the tears of waving relatives along the estuary brings a hush to today’s lunchtime listeners. In one week in August 1959, over 700 passengers took the Great Western to Fishguard. From there it was on to London, Birmingham and Liverpool for work that was not to be found at home. Sadly, more women than men made the journey.

Andrew describes significant social and economic changes from the gradual decline of the crossing. Emigrants returned, sometimes with cars that had to be lifted off on a hoist from the deck of ship. Witnessing this was a childhood delight. 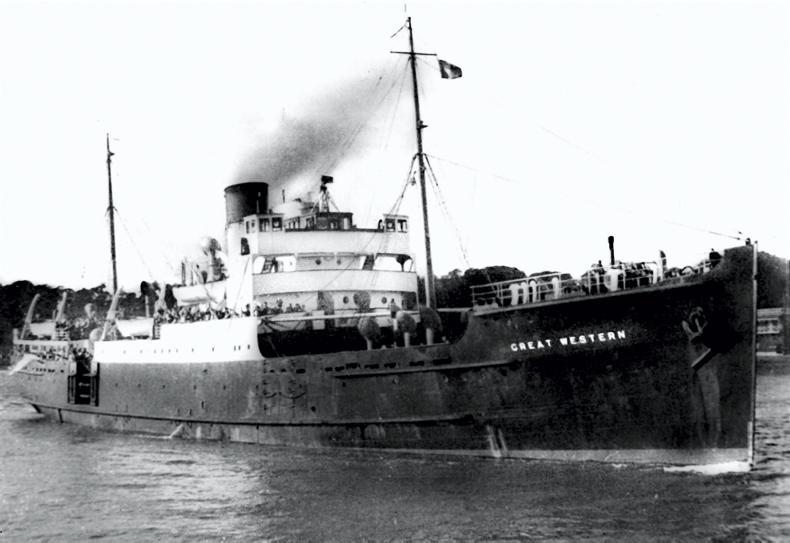 The Great Western connected Waterford to Fishguard from 1934 to 1966.