View From The Green Room: Behind Closed Doors at the ‘Museum of Death’ 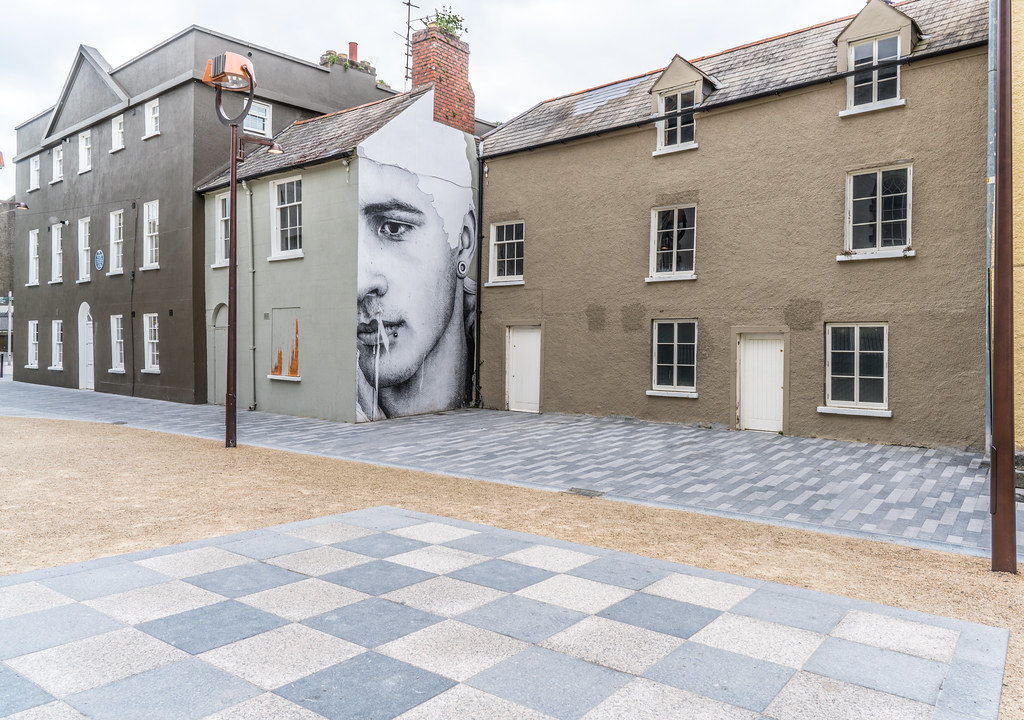 Numbers 3, 4 and 5 Cathedral Square, which is set to open as the Museum of Death in the New Year.

THERE’S a smell here in houses 3, 4 and 5 at Cathedral Square –  but it’s the smell of history. Layers of it over centuries as these houses took on the imprint of their owners who constantly changed, improvised and reworked the buildings.

Numbers 3 to 5 contain elements of the fabric of an almshouse founded on All Souls Day 1478 –  the purpose of which was to provide accommodation for the respectable aged poor.

Later in the late 18th Century the architect John Roberts, who designed Christ Church Cathedral and the Roman Catholic Cathedral, lived in what is now called the John Roberts building in Numbers 1 and 2, Cathedral Square.

His wife Suzanna gave birth to 22 children—not all of them survived. Roberts gained possession of numbers 3, 4 and 5 presumably to create living space for his growing family. In the 1800s, Cathedral Square’s houses were subdivided becoming tenements.

And here we are today, in the hands of history missionaries Rosemary Ryall, Waterford City & County Council’s Conservation Officer and Brian the builder complete with hi-vis vest and hard hat with their treasure-troves of information that the site has unearthed. Rosemary and Brian walk and talk us through the houses complex history to reveal architecture that forms an integral part of the city’s cultural heritage and identity.

“Look at all the fireplaces” declares Brian as his work has uncovered a fireplace that goes back to the 15th Century. “I’d say that the first blaa was baked here,” says he and then casts our eyes downwards with “and just look at the floor…and the walls…and the timbers…one of them says 1474”…the stones in the walls are probably ballast and the sand that acts as insulation came from the river.

The houses originally faced Chairman’s Arch and the backs bordered a graveyard –the oldest graveyard in Ireland’s oldest city – that is now Cathedral Square.

When the graveyard was closed and Chairman’s Arch became busy, the houses were flipped –just like Dermot Bannon would—and then faced onto Cathedral Square; probably a metre higher than the houses.

Recent residents spoke of finding bits of gravestones on floors and walls and even the odd skull or two in a bedroom. The Council hopes to open the Museum of Death here in the New Year.