Lights out at Garter Lane 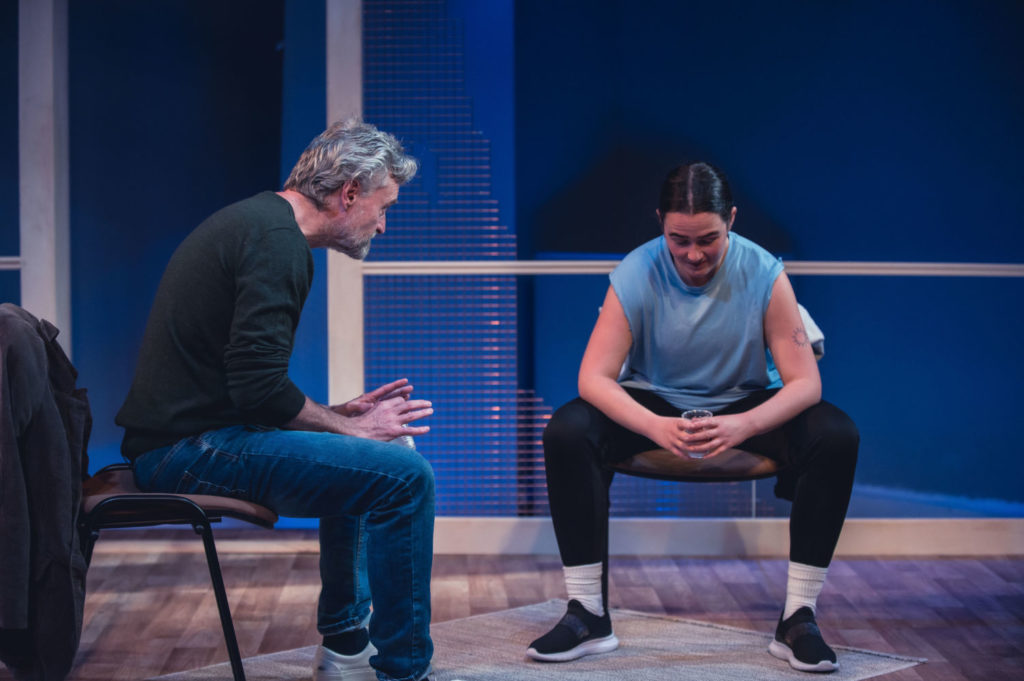 FOUR Rivers will present Hannah Mc Niven’s searing new play Lights Out on November 11 and 12 at Garter Lane Arts Centre, Waterford. Directed by Ben Barnes (director of Four Rivers and former Artistic Director of the Abbey Theatre) the play was developed as part of a new Playwright’s Studio and stars Sadhbh Malin and Anthony Brophy.

Dawn is a boxer. It is the only profession she has ever known. Escaping poverty, she fights to reach the pinnacle of her sport. Her ascent appears to be unstoppable until, on a night out, a hand on her shoulder dredges up memories of betrayal and violation and she loses control. With one punch, life as she knows it, is over. Enter Sorensen, a psychologist with unorthodox methods who is prepared to explore even the most hopeless of cases and present Dawn with the most challenging opponent of her life so far.

Lights Out stars Anthony Brophy whose recent theatre includes Last Orders at the Dockside and Anna Karenina at the Abbey Theatre, Blackbird at the Theatre Royal and Defender of the Faith with Decadent Theatre Company. Recent film and television include Lady Chatterley’s Lover and The Crown, the Sundance award winning Snipers Daughter and Penance and Vikings.  Sadhbh Malin is an actor and writer from Dublin. Her theatre credits include Tamsin in Wishlist, Anna in Anatomy of a Suicide, Lancelot in Merchant of Venice and Catherine Rooney in Seablind.

Tickets for this hard-hitting play are sure to sell fast so secure yours today from www.garterlane.ie