DARREN SKELTON: Were we happier 30 years ago? 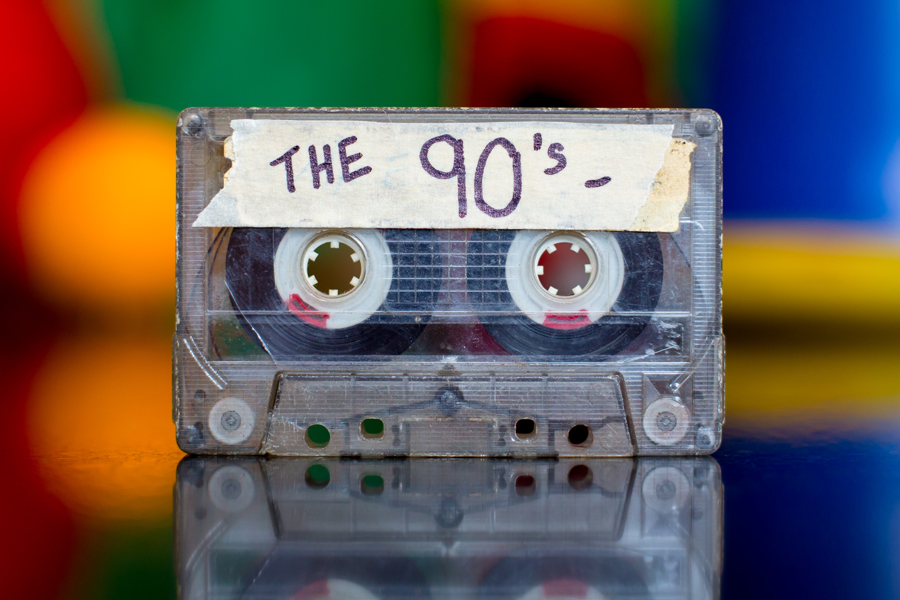 THIS is a question that has been put to me on more than one occasion. The View from the Blue column was born in November, 2012 and started out as, what can only be described as a nostalgiafest.

While I was performing my duties as a stay-at-home-dad, I started writing again after a long period of lyrical abstinence. When my daughter – now 11 – would have her naps, I’d write little blogs about the Waterford that I so fondly remember in the 80s and 90s.

I started getting a name for, well, being a tad obsessed with Waterford pre-2000, so much so that I started getting phone calls from people in the middle of pub quizzes. “Hey Darren…what was the name of Flash’s pub, before it was Flash’s?!” I turned into the go-to man for 80s/90s Deise trivia. (It was Fitzgerald’s by the way.)

However, the nostalgia well dried up after a few months of being well and truly drained of such historical sustenance as the Bowling Alley, Celtworld, Snags, Flare and Flow Motion. Soon, I found myself using the column as a voice, not only for myself and the things I liked to moan about, but the people I met on the street who told me what was keeping them away at night.

Still, every now and then I’d find myself slipping back into the time machine and recently, someone asked me some questions that I thought worthy of their own column: Why am I obsessed with nostalgia, was life better back then and most importantly, were we happier?

The other night on TikTok, I watched an old BBC Christmas advert, which was essentially a promo for their Christmas Day TV schedule.

Almost instantly, my body filled up with this warm, gooey warmth, that must have been related to my memories of that time.

It was the very early 90s and some of the programming was quite typical, the ‘Only Fools and Horses’ Christmas Special and the Christmas film, ‘Hook’. Nowadays, if we want to watch ‘Hook’ we’ll flick on one of the many streaming services available to us and just watch it. Back then, it wasn’t as easy. We had to wait for it and work for it and when we did, we appreciated it more.

It was the same with music. Nowadays it’s available at the touch of a button. Back then, we had to wait for it, and then go looking for it, which wasn’t always that easy. I remember, many years ago, watching ‘Waterford at 8’ (remember that?!).

There was a fashion show of sorts in the play area and it was accompanied by a very catchy song called ‘Daydreamer’ by a band called Menswear. Right now, I can just search Spotify or YouTube and I have it.

Back in the 90s, I had to first find out what the bloody song was called. There was no Shazam in those days (and that technology seemed like something out of ‘Star Trek’) so I had to go around to shops like Sinnotts and KG Discs singing it like some kind of deranged person. Am I happier now that I can get all of this music and watch all of these films without any kind of effort at all? The answer is, I don’t know. Yes, it’s great to be able to just pick up the remote control and put on whatever film I’d like. However, I would also be able to bring my daughter down to Strand Electric and let her pick out two films that she can watch during her sleepover that night.

The actual act of picking out the film and reading the back of the box is a lot more satisfying than scrolling through Netflix for hours on end.

So, from that point of view, yes, I was definitely happier when I had to work for the music and movies that I loved. Because we had to earn these experiences, we gave them more respect.

Nowadays, people give films 10 minutes before they turn off, in favour of some reality based nonsense. I’m also listening to all the music I loved back then because I’m not being exposed to as much new music as I used to be.

When I was a teenager, we had programmes like ‘The Beat Box’ on Sunday morning, ‘Top of the Pops’ during the week and of course MTV was on 24 hours a day giving us the latest singles and album charts.

There’s no doubt about it, easier is never better. Just ask the guy who won €100m on the Lotto and recently gave an interview about how dull his life has become.

Now, if you ask me, he’s just not doing it properly. However, he said that he can have whatever he wants, and he just spends most of his days at home watching TV (on a 200” screen probably).

He said that because he didn’t have to work for things, they lost their meaning. They were no longer special to him. I absolutely understand what he means.