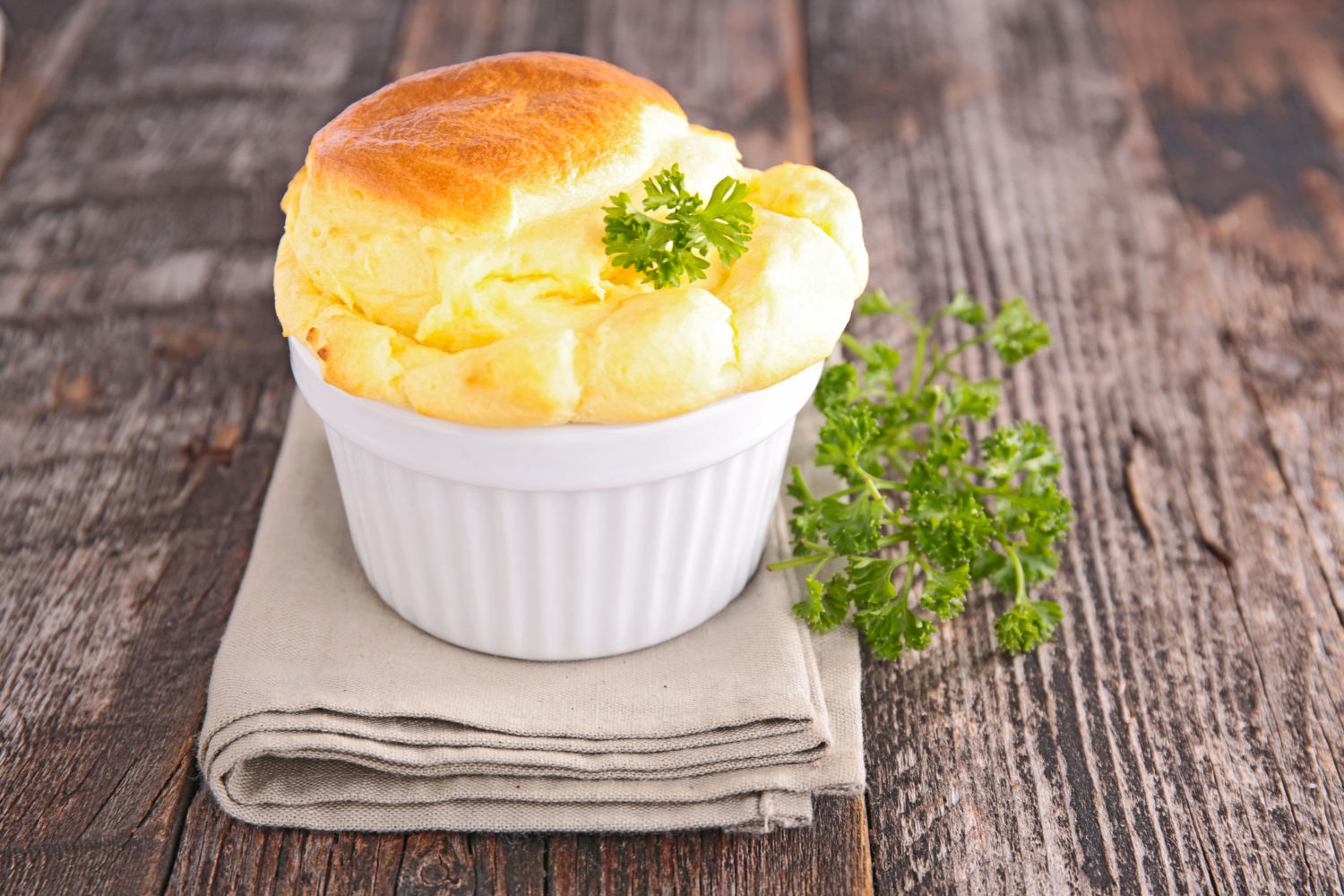 CASHEL Blue is a soft and crumbly blue cheese and is a fairly mild to medium blue. It makes a fantastic souffle, which is a light baked egg white almost like a savoury meringue. Also it has the wow factor, because the souffle will rise nice and high, and will steal the show at dinnertime! Serve with a light cream and white wine sauce.

Start by lining your soufflé dish with parchment paper. To do this fold a piece of parchment in half lengthways and fold it around the outside of a round 1.25 litre soufflé dish and then secure in place with kitchen twine. It needs to come at least 3cm above the rim of the dish, as the soufflé will rise in the oven and will need a wall to cling to. In essence you are simply making a small dish bigger with paper! Brush the insides of the dish and the insides of the paper with the melted butter and preheat your oven to 200oC.

To make the soufflé, begin by making a roux by melting the butter in a saucepan and stirring in the flour using a wooden spoon. It should take about 2 minutes over a low heat, being careful not to brown or burn the flour. Remove from the heat and gradually add the milk, stirring all the time so that no lumps form in the batter. Return the batter back to the heat, continually stirring until it thickens. Cook out the flour for 2 to 3 minutes, then remove from the heat again.

Stir in the cheddar and blue cheese a little at a time and then add the egg yolks, again one by one. Season with salt and pepper, and then pour the batter into a large mixing bowl.

Whisk the egg whites using an electric mixer until they form soft peaks, then fold the egg whites into the batter, spoon by spoon, incorporating it completely. Use a spoon-fold action that is spoon in the egg white, fold it once and repeat until completely combined, but remains light and fluffy. This will ensure that your soufflé is light and not dense. Pour the mixture into the lined and buttered soufflé dish.

Bake in the oven for 25 minutes until the soufflé has risen and wobbly.

Bring the white wine to a boil in a small saucepan with the bay leaf and cinnamon, reduce the heat to a rolling simmer and reduce until you have half the original quantity.

Add the cream and salt and pepper and reduce again by half the quantity. The sauce should be glossy and will have thickened by this time. Add the butter and cheese and remove from the heat. Stir until the cheese and butter have melted and the sauce is smooth. Remove the bay leaf and cinnamon stick and discard.

Serve with the souffle.