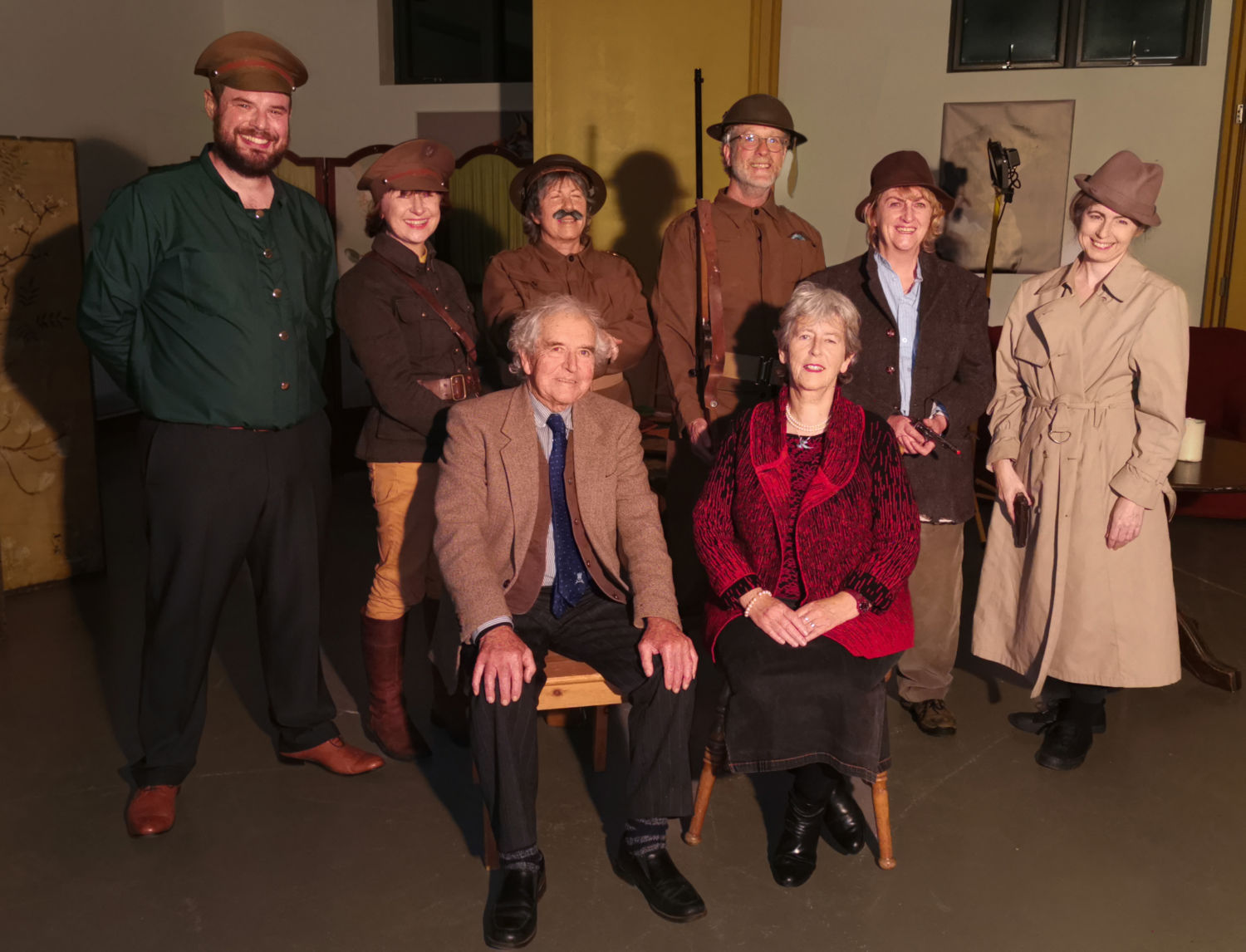 ESTABLISHED in 2021, the Minaun Community Theatre Group hosted its inaugural performance, the premiere of ‘Fernside’, to a packed house at Park Rangers AFC on Thursday, October 27.

‘Fernside’, an original piece of writing by members of the Theatre Group, was enthusiastically applauded by the packed audience.

It’s an interpretation of an incident in October 1920 that features in ‘Finding Seán Treacy’, written by local author Niamh Hassett and co-writer Daniel Jack.

Seán Treacy and Dan Breen were senior officers in the 3rd Tipperary IRA Brigade who were actively serving in Dublin and thus seeking refuge in safe houses.

On October 11, 1920, there was a raid on the safe house provided by Professor John and Bridget Carolan where Treacy and Breen were sheltering.

‘Fernside’ focuses on this controversial raid by the British that has been discussed/reviewed for over a century and become of Tipperary and Irish folklore.

“This was community theatre at its best,” said co-founder Glynis Currie. “An extraordinary example of what can be achieved by tapping into skills and knowledge of the people who live in your local community. The Minaun Community Theatre group has proven that you don’t need money to deliver high quality theatre to the general community free of charge – you just need a few like-minded folk, a lot of enthusiasm and an empty hall.”

The group is availing of the 130 square metre multi-purpose clubhouse extension at Park Rangers, built in 2019. It features retractable walls so that the building can be transformed into changing rooms, a large function room, three meeting rooms, a community café, a viewing room, as well as a fitness hall, which can facilitate small productions of theatre, concerts and other events.

The group has deliberately moved away from traditional plays staged in national theatres and instead performs “plays that are written by your neighbour”, which range from 15 to 45 minutes in duration.

Glynis added: “And if you can’t make it, you can always watch it on your phone: it’s modern theatre suited to the busy modern life of our busy modern audiences.”

The group wishes to thank Áine Whelan, Community Education Facilitator with the Tramore Further Education and Training Centre (Waterford/Wexford ETB) and theatre facilitator James Rockett for helping to make their dream a reality.

Membership is fluid and new members are welcome to join in or skip productions as suits their schedules.