“The ultimate ambition would be to go and win it” 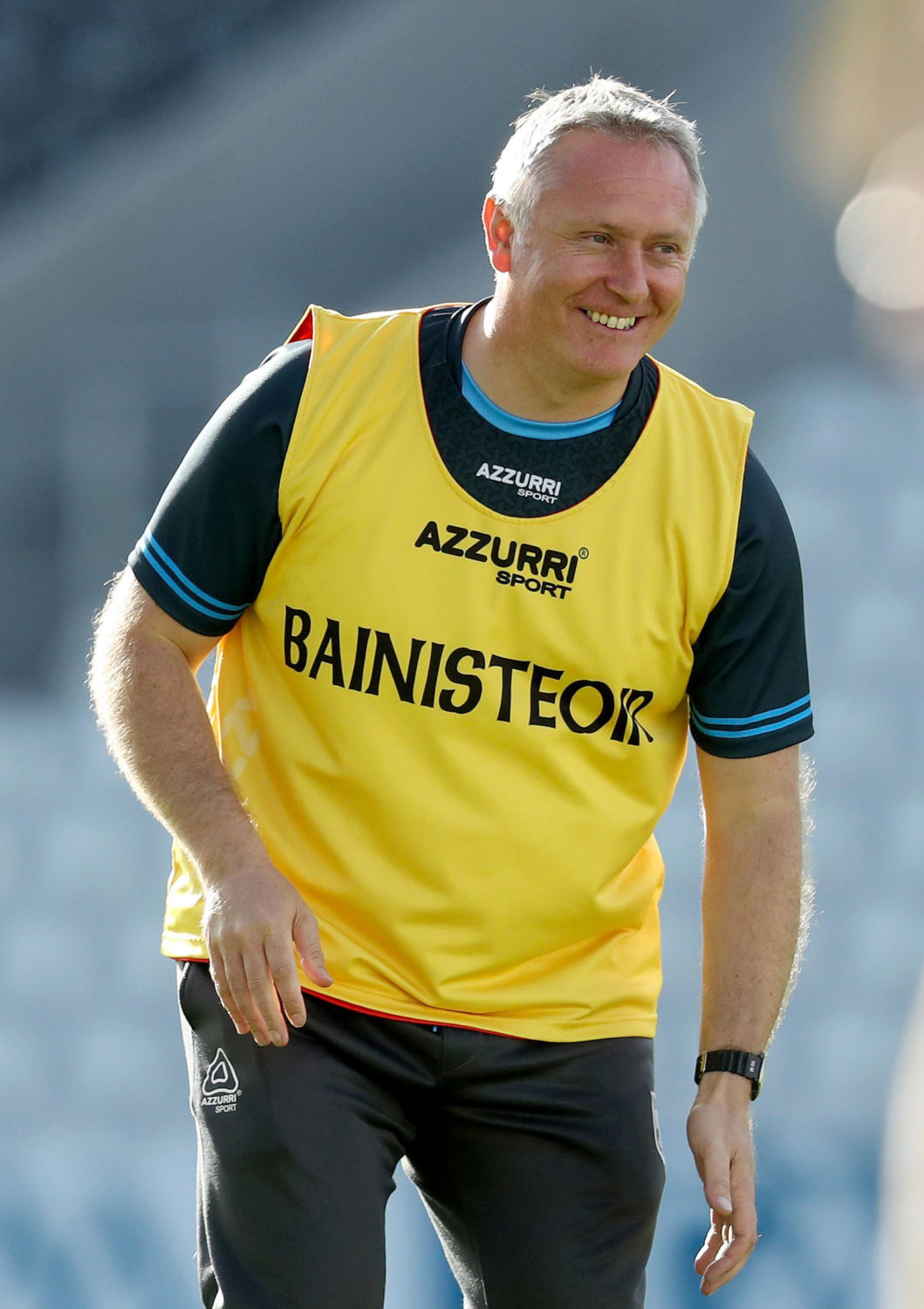 New Waterford camogie manager Sean Power (pictured above) wants to add the O’Duffy Cup to his CV. The Mount Sion man has already guided the Déise minor and Under 21 hurlers to All Ireland glory.
“We all aspire in Waterford to win an All-Ireland, of course. The ultimate ambition would be not only to compete in an All-Ireland final but to go and win it. Now, it’s easier to say that in an interview than it is to actually do it but our ambition would absolutely be to do that. There’s a lot of work to get through to get to the stage where you’re competing in a final. I think we have the tools and we have the players in the county. If we get it right and avoid injuries and stuff like that, there is a real possibility that we could do something very special here with this group. That’s the ambition. The tools are there to make that a reality if it all comes together properly.”
Waterford legend Paul Flynn will be part of the new coaching set-up. The Ballygunner man was on the sideline with Power’s Under 21s in 2016. “Great to have Flynners back on board again.”
Wayne Power from Ballyduff Upper is also on the ticket along with head of performance Neil White, goalkeeping coach Philly Flynn of Mount Sion and team liaison officer Vincent Codd (Butlerstown). More names will be added to the backroom team over the coming weeks. “When I approached the subject with each of them, they were all very excited at the prospect of it and can’t wait to get going.”

‘AS THOROUGH AS POSSIBLE’
Power has been coaching the Mount Sion nursery and underage teams in recent times. “I’ve been heavily involved in the last number of years with the underage camogie set up in Mount Sion. My daughter Erin has been helping out in a coaching capacity in the last two years and my other daughter Holly is playing underage in Mount Sion and she really enjoys it. What happens is when you start looking at the grassroots level, you start seeing what last year’s junior team and senior team are doing and you take a more active interest in it than you did before.”
He aims to create a professional environment for the Waterford players during his stint in charge. “In terms of an approach, I would hope to make it as thorough as possible with all due respect to previous management teams. I’m hoping that I can improve in small areas. If we can increase their aerobic capacity, we might be able to push a bit further than we did in the last couple of years. I have a head of performance who is absolutely top class so I’m hoping we can get more out of the players. The attention to detail that I bring to it might be an improvement on previous regimes. If so, I hope that the players benefit from it.”