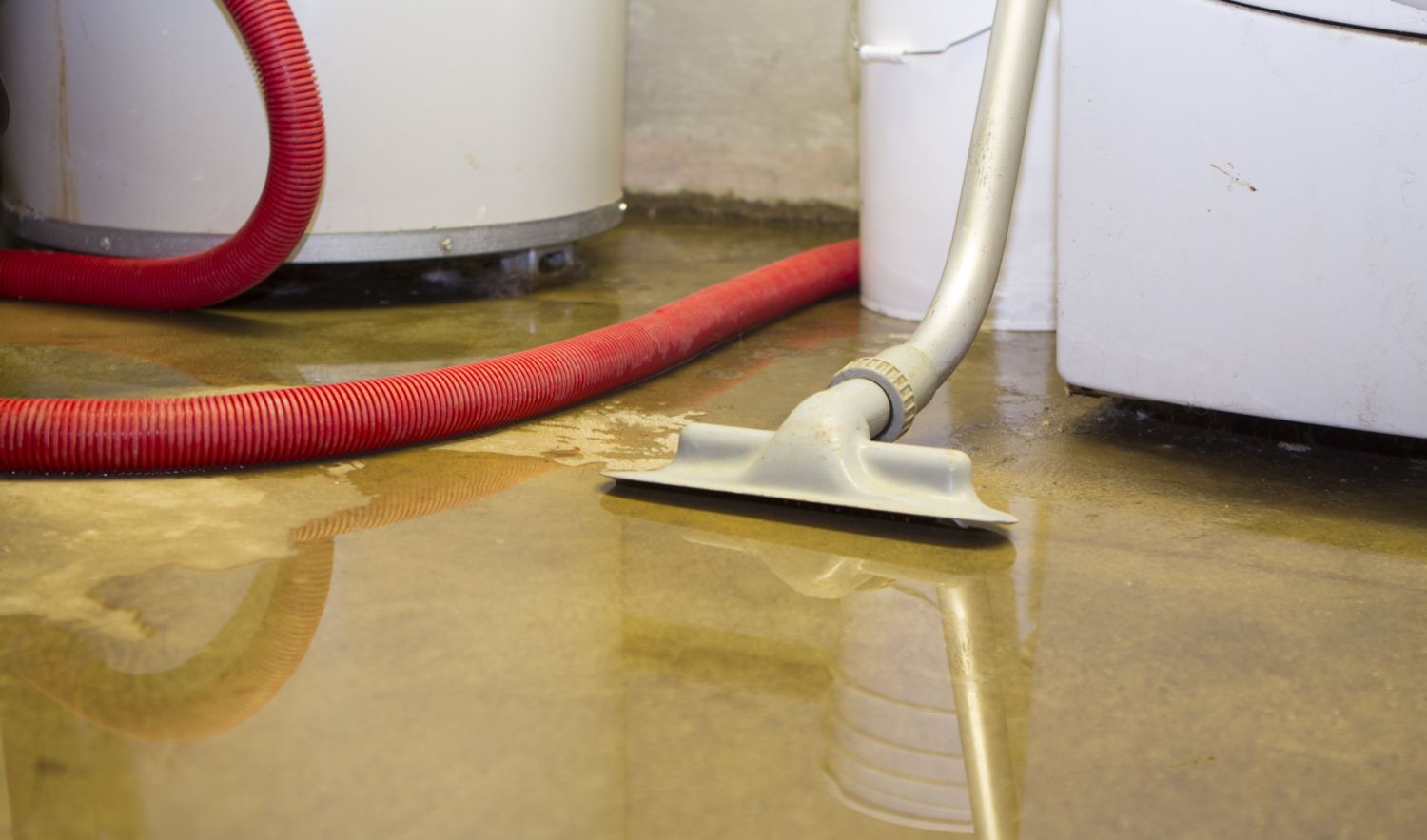 “There wasn’t time to be upset, angry or horrified. It was still raining and water was still pouring in.”

VERY early on Friday morning, the start of the Bank Holiday weekend, the ground floor of our house flooded. At 3:35am, I became one of those people you see on the news with shoes and other debris floating around as people stand knee deep in ruined homes.

The sound of the heavy rain woke us, but the sudden sound of water pouring inside got us up. Downstairs the living room, dining room, my recording studio and the kitchen were all completely inundated with water. Slippers from the end of the stairs were now floating around the high muddy water in the kitchen alongside the cat food. The water had upended the bin and that too was part of the flotsam and jetsam. It was dark outside as we waded through the deep brown water inside, slightly nervous of even turning on lights, aware that water and electricity don’t mix. All sockets were obviously gone, but fortunately the overhead lights were unaffected. The damage was suddenly revealed.

Thankfully there wasn’t time to be upset, angry or horrified. It was still raining and water was still pouring in. We roused the neighbours, Nichola’s family, whose homes were flooded as well and thankfully my brother-in-law was able to release a drain a few hundred yards up the road, which stopped the flooding. Nichola’s nephew ran down to help us and was the hero of the hour. In a pair of sliders, shorts and no shirt he swept water for a couple of hours.

As we brushed water from two directions toward the front door, young William, on a school morning, with no shirt on, swept it out as fast as he could. His sister Emily with a broken wrist did what she could too. Our poor bewildered cat was traumatised and one of the videos captures her crying and having to be rescued from halfway up the stairs where she was stranded and obviously terrified.

I’d watched on TV over the years the awful flooding in places like Clonmel and Cork City. Seeing people deal with flooding looks pretty grim, but you can’t really get it until it happens to you. As we swept we thought of elderly people living alone who wake up to this nightmare at times. We had instant help and we were able bodied enough to just throw ourselves into dealing with it.

My big concern was electrical equipment, anything that had been plugged in basically, and like many offices or dens, some items live quite close to the ground. We have floor level units that housed a record player, tape deck and about one hundred albums. Fortunately the bulk of my vinyl collection is still in storage from our move last year, but the ones I had to hand are all ruined. There were hard drives residing on the floor under my desk, along with many wires, power blocks, plug banks and other electricals; all soaked and only time will tell what has been permanently damaged. Losing a few days can also be costly for anyone who works from home and there was no way I was going to be using the studio for a spell.

I was rather surprised to be honest at how little panic we allowed. It surely again was the time element. There was none. Get on with the clean-up and leave the post mortem for later. The thing is, if you’d asked me beforehand how I would react to a situation like this, I could not have answered. I’d like to think on this occasion, there was an absence of panic and a realisation that things and stuff don’t matter but people do.

The days that followed which saw exhausting hours of cleaning up, drying out and dehumidifiers at full tilt, were made so much easier by a few fantastic individuals. All I can say is we’ll be eternally grateful to those who rallied round and helped out. From friends and family, food arrived and you never appreciate how blessed you are until someone cooks you a dinner when your kitchen is not fit for purpose. It’s amazing to see people make that kind of effort without any prompting.

Many of us will probably never need much living in a country like ours but it’s always relative. Everyone has different needs but sometimes a mini crisis comes at us from out of the blue and little things mean a lot. It’s heartening to see how decent people really are when push comes to shove.

In truth, I feel remarkably relieved that it wasn’t an awful lot worse. No one died or was injured. Nobody had to evacuate a home, leave their country, and not know when, if ever, they might return.  You see raging fires on the news and see the terrible carnage that ensues causing people to flee from houses they’ve lived in for decades and get out quickly at that.

Despite what we have lost materially and the inconvenience of having to replace it all, I would say we got off lightly and thank God we were not away overnight. Imagine coming back to the devastation that would have awaited us. It doesn’t bear thinking about.

I just want to praise and thank those who gave us assistance and made a weekend so much better than it was looking like in the early hours of Friday morning.  You have our sincerest gratitude and we won’t forget your help.

It’s easy to be cynical and take people for granted. It’s not always in big dramas or emergencies that we see the best of us. Sometimes a little good advice, a word of praise or encouragement can be hugely important for someone who needs it at that time. Don’t underestimate what you can do for someone. It might appear insignificant to you, but to a friend or acquaintance even, it might be everything. We can all look back I’m sure and recall outstanding moments when we were floored by a deed or gesture from someone. I will never forget a colleague handing me £100, as it was back then, for a trip I was going on. Totally unexpected, I was stunned. We weren’t even close. Not a loan, just handed it to me.  I’ll always remember that gesture.

I’ll remember this last Bank Holiday weekend for sure but I’d like to think for the right reasons, the goodness it brought out and the fact that it has reminded us again what’s really important.

Time out with Timmy: It’s safe to return your book