View From The Green Room: Albee’s drama takes no prisoners 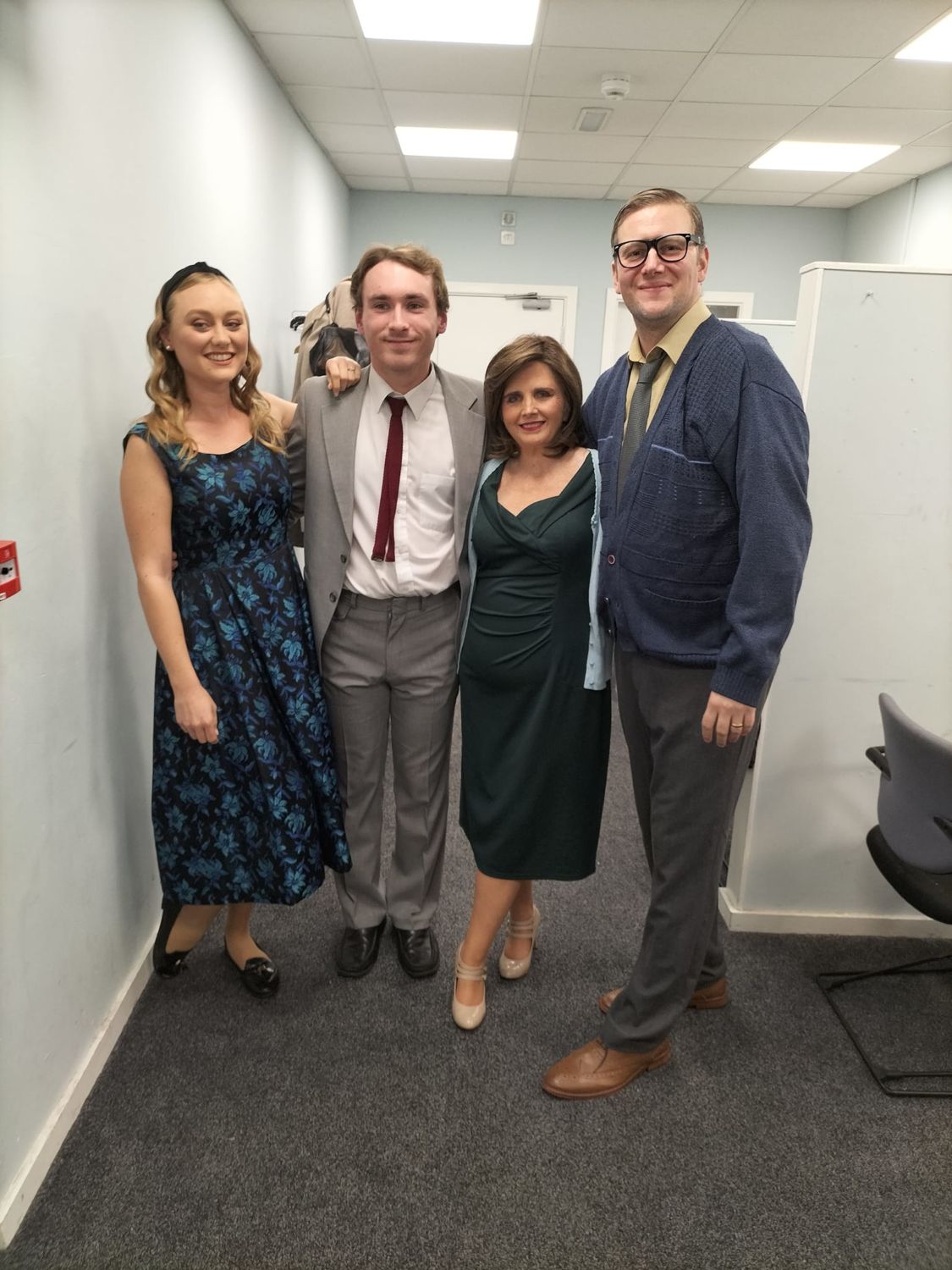 EDWARD Albee’s Virginia Woolf play is not one for the faint-hearted. In a world that depends for information on Twitter and Facebook, this drama is never going to attract big audiences. It’s a three-hour, two-break, four-hander visceral examination of modern marriage where the perfect nuclear family of working dad, devoted mom and a pair of perfect kids is seen to be no more than a fantasy. But… like all illusions, they only bring unhappiness. Still, there are marriages that thrive on daily battles and vicious verbals and, amazingly, they work.

It’s also a very demanding play on the four actors who are all, in their own way, centred at the heart of the drama that kicks off in the early hours of the morning at the home of assistant professor George (Fintan Kelly) and his vicious, louche wife Martha (Noelle Clarke). The pair, apparently, hate each other and are welded together in wordy battles designed to humiliate and crush. Reasons for their mutual hatred tumble out from their cluttered drawers of resentment and are the heart of the drama.

They’ve invited two young guests – Biology lecturer Nick (Adam Phelan) and his wife Honey (Lauren Cardiff) – for after-party drinks and the pair become unwitting pawns in George and Martha’s wordy guerrilla warfare. Act One’s “Fun and Games” has begun and there’s no referee. The drink flows as Martha and George engage in scathing, verbal abuse of each other in front of Nick and Honey. George’s passive aggressive reactions to Martha’s taunts lead to further revelations that make the audience question the truth of their accusations.

Act Two’s game of “Get the guests” reduces the young couple’s status of clever, preppy husband with happily married golden-girl wife to shreds. It becomes obvious that the young couple is there to play out some part of the vicious psycho-drama that passes for George and Martha’s marriage. The older pair is better at it; like two sides of a functioning alcoholic coin. Kelly’s George is more measured, restrained but dangerous and borderline violent, while Martha’s boozy broad pushes her from provocateur to needy, vindictive child.

Act Three’s “Exorcism” exposes all the fault lines in both marriages. The famous word-duet between George and Martha reveals not only the fiction of their childless and infertile marriage but, incredibly, the depth of their love for each other and her inability to face “Virginia Woolf” i.e. “the truth”.

All four performances were superb and the play simply wouldn’t work without this quality of acting. The script heaves a massive strain on the actors; not only in terms of memorising huge parts but in also coping with the emotional shove of the drama.

Fintan Kelly’s George is an excellent foil for his wife Martha. He moves in an instant from long-suffering and exasperated worm through desperate provocation into a dangerous and manipulative prey who takes no prisoners. Noelle Clarke’s Martha’s agent provocateur and flirtatious vamp is a multi-faceted performance that brings her eventually to her knees having first humiliated everyone – including herself. Adam Phelan is just right as the smug new-kid-on-the-block lecturer who thinks he’s got his hosts figured out only to discover that they’re light years ahead in terms of understanding. His humiliation is complete when he’s reduced to Martha’s errand-boy after a limp attempt to seduce her. Lauren Cardiff is perfect as Honey – the wife that is even denied a name. Honey’s unmasking in the “Get the guests” charade is the key that turns the plot and Cardiff’s subtle underplay in search of answers leaves us in total sympathy with the girl that should have it all.

Nomac Productions have a nailed on costume plot that comes straight out of the early sixties. The set’s circular red carpet inspires thoughts of a boxing ring complete with ringing bell props and a messy, cluttered collection drinks cabinet that is a metaphor for George and Martha’s chaotic marriage. Director James Power paints a palate that is dark and sinister. Power does a fine job-of-work here on a complex and powerful play that constantly contradicts itself and challenges our understanding of what is truth and what is fiction in an explosive drama that would challenge the most seasoned of casts and crew. Power hits all the highs and lows of Albee’s script and really doesn’t miss a beat.

“Who’s afraid of Virginia Woolf?” taunts George as he cradles the love of his life in a heap in his arms. Martha’s response of “I am!” leaves us all as drained as she is.

Not for the faint-hearted. 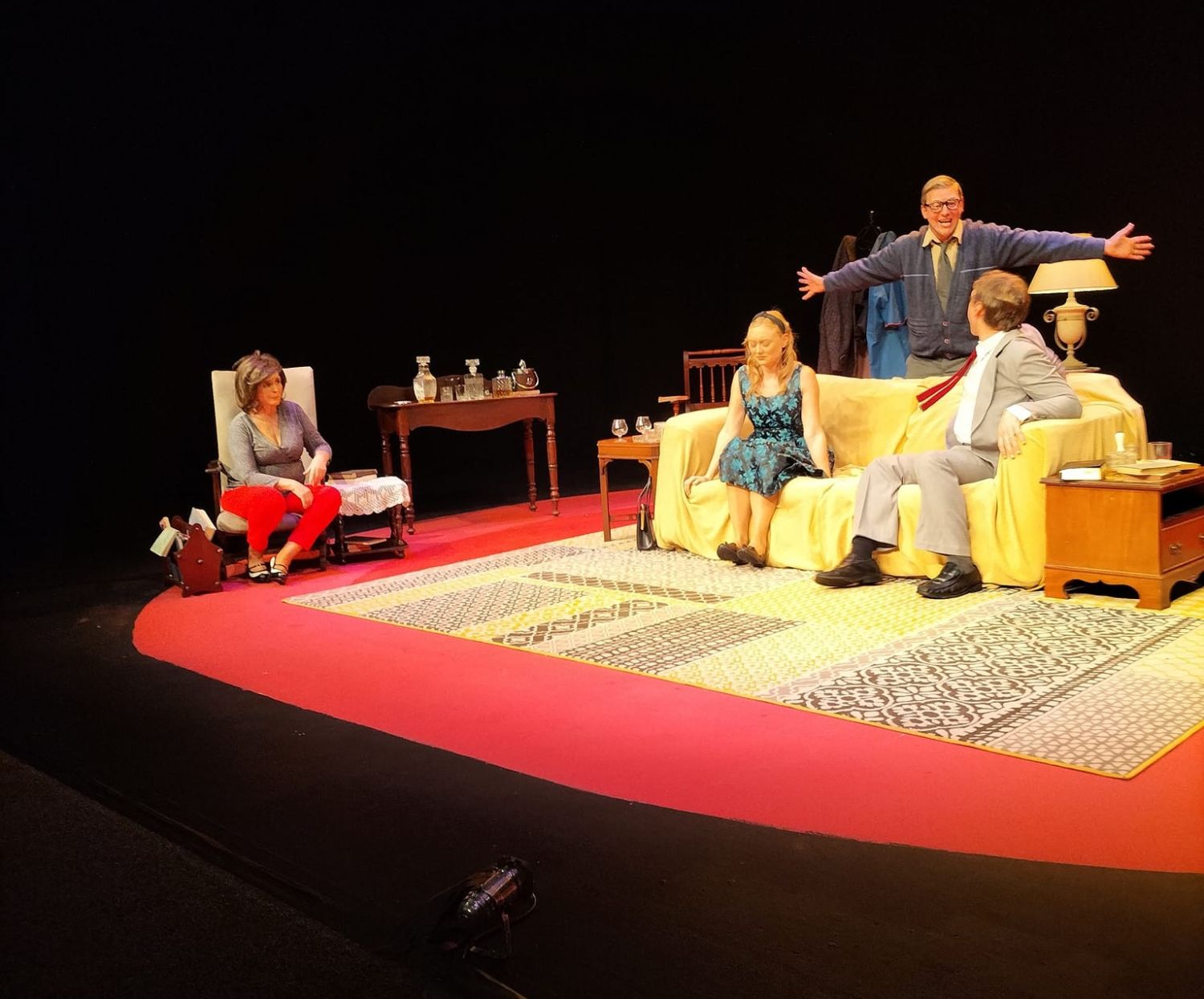