View From The Green Room: We were out there and nothing would ever be the same again 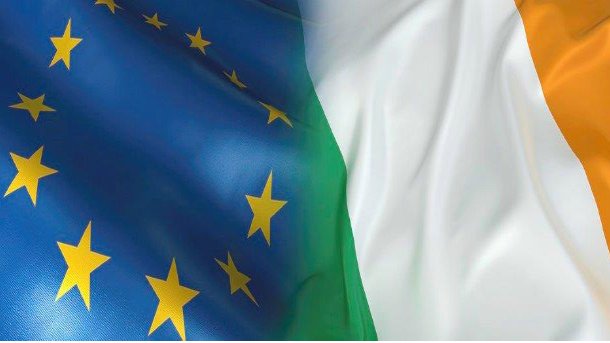 JOINING the EEC was never a done deal. The Rome Treaty that established the first version of the European Union of just six states was founded on principles that posed problems for Ireland’s application. The Rome Treaty had three unifying and unchallengeable aims: to promote economic activity through free trade, to achieve union and freedom of movement between the peoples of Europe and to defend the Treaty states against war.

In post WW2 Europe with a hostile Russian and Warsaw Pact countries on its immediate borders and with the Cuban Missile Crisis threatening the safety of the world, defence was a huge issue. All of the other countries were members of NATO while we regarded neutrality as unchangeable as it meant recognising Northern Ireland as another country.

The country in the fifties was an economic basket-case. 450,000 people emigrated in the decade and, in one week alone, 700 people took the Great Western from Adelphi Quay for Fishguard. Ireland had its lowest population since the foundation of the state and international commentators questioned whether the state was viable as an economic entity.

Thankfully, Taoiseach Seán Lemass saw inward investment, the opening up of new markets (Britain was really our only trading partner) and the abandonment of tariffs as the way forward in the second biggest market in the world. Britain’s ambassador hand-delivered its application for membership to the EEC; we posted ours two weeks later. The doomsday scenario of Britain’s entry without us sent alarm bells ringing and Ireland quickly moved to get its act together.

T.K. Whitaker and Hugh McCann, mandarins of finance and Foreign Affairs, visited all six states but the signs were ominous. Defence was constantly raised. Lemass visited all six capitals in 1961 and began to convince the original six member states that Ireland was always on Europe’s side.

When Britain’s application to join was decided, we got lucky. De Gaulle declared “Non”. De Gaulle never forgave Churchill for his attempts to remove him as leader of Free France during the war (his Cabinet refused to remove the French leader believing it would destroy the French Resistance). De Gaulle didn’t trust the Brits, believed that they would disrupt the Union, were not to be trusted and vetoed the British application to join. Some things never change. Our application wasn’t even mentioned.

A decade later and thanks to the Lemass years, we were in a much stronger position. The economy was now open to foreign investment, wages had risen, the Soviet threat had weakened considerably and neutrality was no longer the issue it was. The government worked hard at networking, foreign leaders knew our senior government ministers and senior civil servants were on first name terms with their European counterparts. And Dana had won the Eurovision song contest.

De Gaulle – who again vetoed Britain’s application to join the EEC but not ours— resigned and it was all to play for. Minister for Foreign Affairs Dr. Patrick Hillery played a diplomatic blinder and Britain agreed to keep us in the loop regarding all relevant issues. Finally, in 1972, negotiations were completed and Ireland, the UK and Denmark’s applications were accepted and we were to join on January 1, 1973.

Of course, nothing was simple and we had to have a referendum on joining first. Despite predictable opposition from the Labour Party and a hotch-potch of trade unions, 83% voted in favour. It was the best thing to happen to this country. We might have missed out on the Renaissance but we were bloody sure not to miss out this time on European integration. Fluent French speaker and workaholic Dr. Garrett Fitzgerald became Foreign Minister and Dr Patrick Hillery became EEC Commissioner and both were hugely regarded in Europe. The Irish Presidency of Europe in 1975 was a huge success and Roy Jenkins, former Chancellor of the Exchequer and future President of the European Commission, acknowledged that “whereas London looked peripheral to Europe, Dublin was metropolitan.”

Despite everything – the chaos of the Northern Ireland conflict, the insularity of decades of political mismanagement, the problems posed by neutrality, the high levels of emigration and the low levels of pay – we had arrived as Europeans.

We were out there and nothing would ever be the same again.