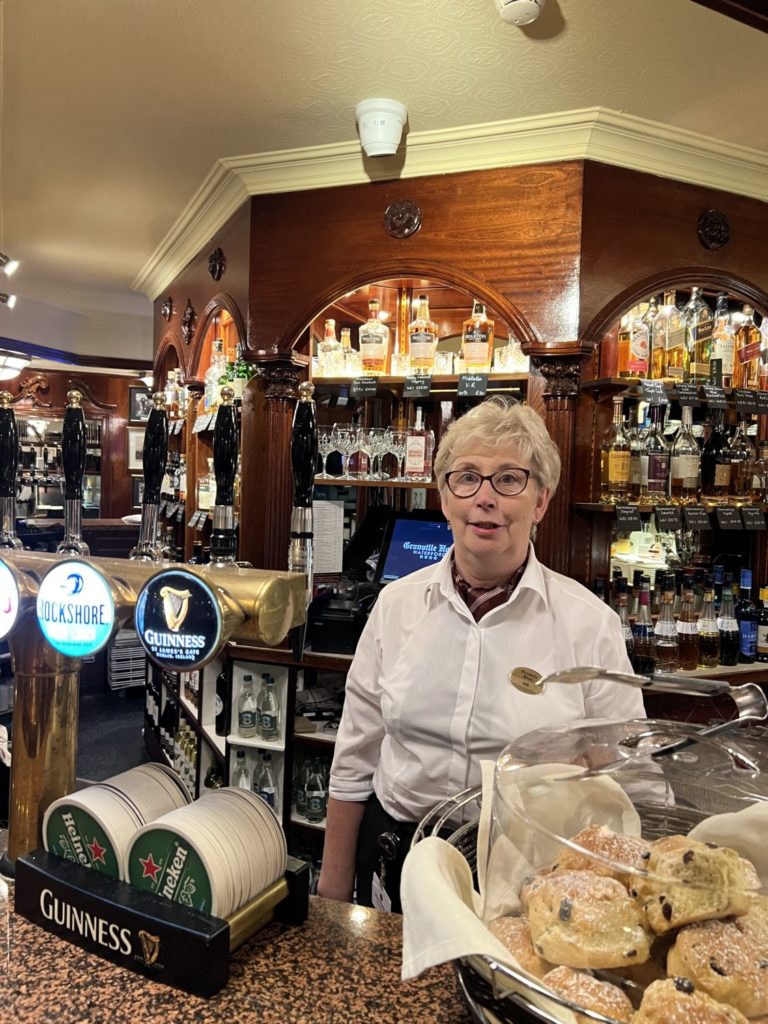 Ann has been a very familiar face since she joined the famous hotel in 1981, for what was supposed to be ‘one night only’.

“There were a lot of functions back then and the plan was for me to help out with one night, but that became, two, three…and here I am 41 years later,” Ann said with a warm smile that customers of The Granville have come to know and love.

“There were a lot of dinner dances and weddings back then so it was all night work to begin and we were very busy!”

Ann’s husband Liam is also a member of the Granville family and has been the maintenance manager at the hotel for the past 39 years. The couple have two grown-up children, Emer and Jonathan.

“He’s another one that came in to help out on a couple of jobs but ended up becoming full time,” Ann said. “He never missed a day in work until this year, when he had a big heart operation. As always, the support from Mr and Mrs Cusack has been incredible and there’s not a day that goes by when they’re not asking after him.”

A year before Ann started, Liam and Ann Cusack bought the Granville Hotel and kept a tradition alive that’s been going since the early 1700s. To each and all who have worked in Four Star Granville Hotel they will always be respectfully addressed as Mr & Mrs Cusack. 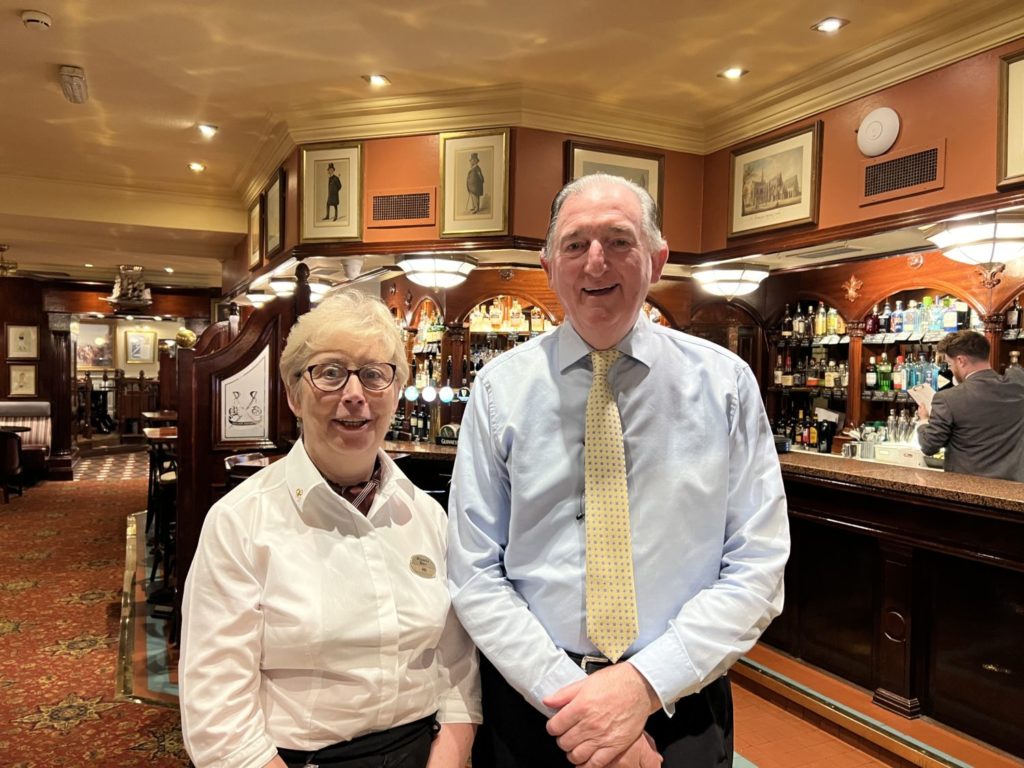 “I honestly mean it when I say that going to work in the morning is like leaving one family to be with another,” Ann said. “Bar work is not for everyone I’ve always loved it. This bar especially…I have great time for it.”

Ann has seen a lot of changes during her time in the famous Thomas Francis Meagher Bar.

“He had a great drive in him and was great to work with. Then the great Richard Hurley started and was the manager right up until he retired earlier this year.”

Back in those days, you couldn’t get as much as a cup of coffee or a sandwich in the bar – it was drink only.

“It says a lot about how society changed that through the years it went from being massively alcohol orientated to the emergence of bar food, and of course the various different types of coffees, which weren’t heard tell of back in the 80s,” Ann said. “I really liked the changing faces of the bar, and of course the different faces that I used to serve every day. It’s definitely the people that I love in this job.”

Ann became Bar Manager of the Granville in 1999 and has become one of the most recognisable faces behind any bar in Waterford.

Ann is very quick to say why The Granville is one of Ireland’s best hotels.

“It’s the staff,” she says. “Mr andMrs Cusack run the hotel like a big family and everyone is appreciated and supported in the work they do.”

Ann said that she was shocked to be even nominated for the award, never mind winning two of them.

“I’ve never won anything in my life so I was happy to just get nominated,” she said. “I really wanted the bar to win something though…for the boss. The bar is Mr Cusack’s baby and he’s always in and around chatting with the customers and helping out. That made the award even more special.”