DARREN SKELTON: Things we did that were grand 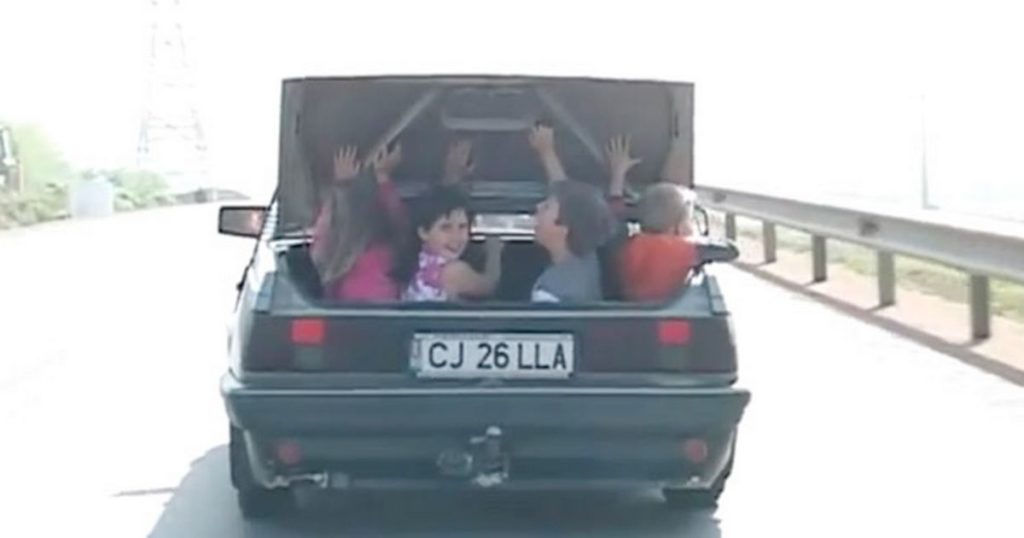 IN last week’s column, I pondered the idea that maybe, just maybe, we were all a bit happier when we weren’t being perpetually strangled by technology.

This week, I couldn’t help but think about all the things we did back then, that you don’t see too much of now…like being transported to Tramore in the boot of a car. Does anyone remember that? The sun shines and a decision is made to go to the beach.

First thing’s first, it’s down to Dunphy’s for the lunch essentials and the buckets and spades that they kept outside in a cage. A couple of flasks later and there’s about eight of us packed into a Datsun Sunny – two in the front, five in the back (a couple sitting on laps) and someone curled up in the boot.

That person always volunteered to go in the boot by the way, because it was riding on the Ghost Train. And much like when children used to travel in the back seat of cars, with both elbows on the front seat and the head stuck in the middle, it just doesn’t happen anymore. Health and safety gone mad, I tell ya.

Also, do you remember the parties that your mother used to have in the 70s and 80s? Some younger readers may not know this but back in the day, Irish women weren’t allowed work once they had children. It’s about as crazy as putting a child in the boot of a car but it happened, and as a result, women used to come up with other ways to bring a few extra bob into the house, like selling crap to their neighbours.

There wasn’t a house in Ireland in 1986 that didn’t store cornflakes in a Tupperware cereal container. It was fierce handy and I especially loved them because it meant that I could take the free toy out of the cereal straight away, without having to wait until it naturally fell out. Women from all over estates, such as the Cork Road where I grew up, would get together and talk about the wonders of Tupperware. I mean, I think that’s what happened anyway, I never actually attended one of these parties.

I’m sure they also had a few drinks and a smoke and a bitch about whichever neighbour didn’t bother their arse to attend. They must have been a success because they evolved into Avon parties and then, after dark when the kids went to bed…Ann Summers Parties.

Something else children did back then, which they’re not allowed to do now, was work. Nowadays, you’re not allowed hire someone under 16, unless it’s in the school holidays and even then, it’s for a maximum of eight hours per week.

I remember starting my first job at the age of about 10, going around in the back of a car renting videos. This was a time when doors used to get knocked on five to ten times a day – at least.

If it wasn’t a fella trying to rent you a VHS copy of ‘Fatal Attraction’, it was your man collecting the insurance money, or your wan collecting the milk money or some smelly child looking for money for his sponsored walk. Nowadays, if the door knocks, we assume it’s the guards.

The same can be said of a housephone. Today, the only phone numbers I can remember are my own and the house phones I used to ring as a child. I remember when we got our first phone – 53557 – I went into the pay phone on the Manor and rang it, to give whomever was at home the thrill of getting a phone call on the new phone.

Close your eyes for a second and think about the house phone. Think about sitting down on the stairs and talking to a friend or relative for ages, while your poor elderly mother or grandmother was trying to get through to you with an emergency. Can you see the phone? Can you see the little table that was beside it, with an address book and a space for a pen that was never there.

Before I was 16, I used to work 12-hour shifts in a certain city centre hotel. I’d finish at about 4am in the morning and be back in for 10am on Sunday morning. Children in Vietnam probably have more favourable conditions but it didn’t do me any harm at all.

Child welfare just wasn’t much of an issue back then, In the summer time, your child would leave the house at 9am and come back around 10:30pm and you knew they were grand.

We also thumbed our way out to Tramore every Summer and not once did we encounter a serial killer. I promise I won’t mention nostalgia again this year but isn’t it worth thinking about?

Is life really all that better just because we have our children wrapped in cotton wool and can do all our social and financial transactions online?

I used to enjoy seeing your man from Royal Liver Insurance calling to the door every week. The mother would have the money left in an envelope for him and sure didn’t I think I was contributing something to the household every time I answered the house in my slippers and pyjamas.