Aileen Wall is LGFA Player of the Month for October 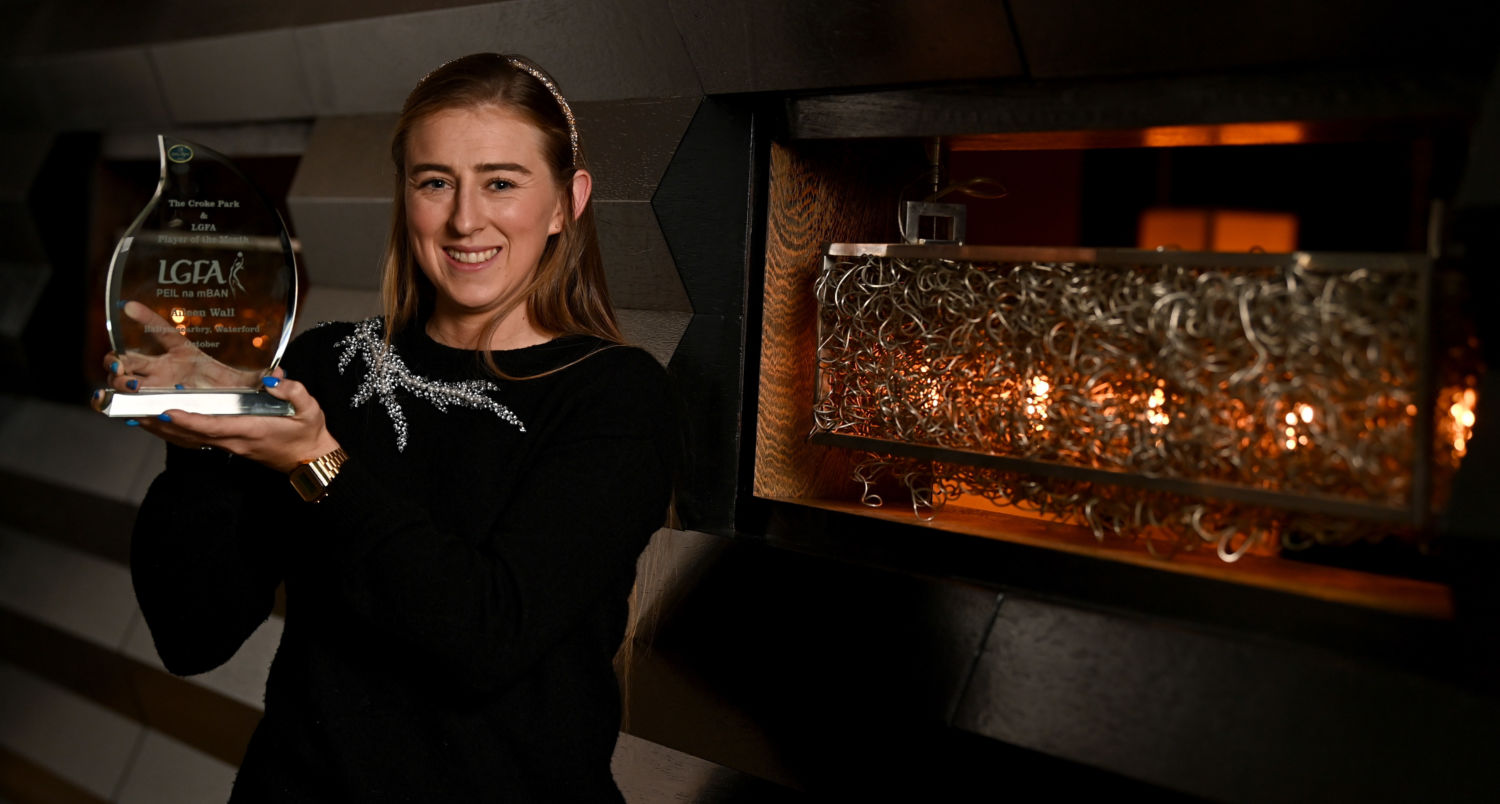 Aileen Wall, Ballymacarbry, is The Croke Park/LGFA Player of the Month award winner for October. She collected her award today at The Croke Park. Photo: Eóin Noonan/Sportsfile.

The Croke Park/LGFA Player of the Month award for October 2022 was presented today and the winner is Waterford and Ballymacarbry star, Aileen Wall.

A stand-out result for Ballymac was victory over Cork outfit Mourneabbey in the Munster Senior Championship quarter-final, a game that saw Aileen find the net in a landmark win.

Aileen was also highly influential in the Munster Senior Championship semi-final victory over Kerry’s Southern Gaels – and she celebrated her 29th birthday in style last Sunday as Ballymacarbry were crowned Munster A Senior champions for the first time in 22 years, following victory over Clare opponents Banner.

Aileen, a direct and pacey forward, has been a driving force for history-making Ballymac in their most recent outings and one of the most experienced members of the club’s panel.

Ballymac are now preparing for a currentaccount.ie All-Ireland club semi-final against the Connacht champions, who will be revealed on Sunday when current All-Ireland title holders Kilkerrin-Clonberne (Galway) pit their wits against Mayo opponents Burrishoole.

Aileen was presented with her award last evening by Edele O’Reilly, Director of Sales and Marketing, The Croke Park.