“It was an incredible atmosphere” – O’Donoghue 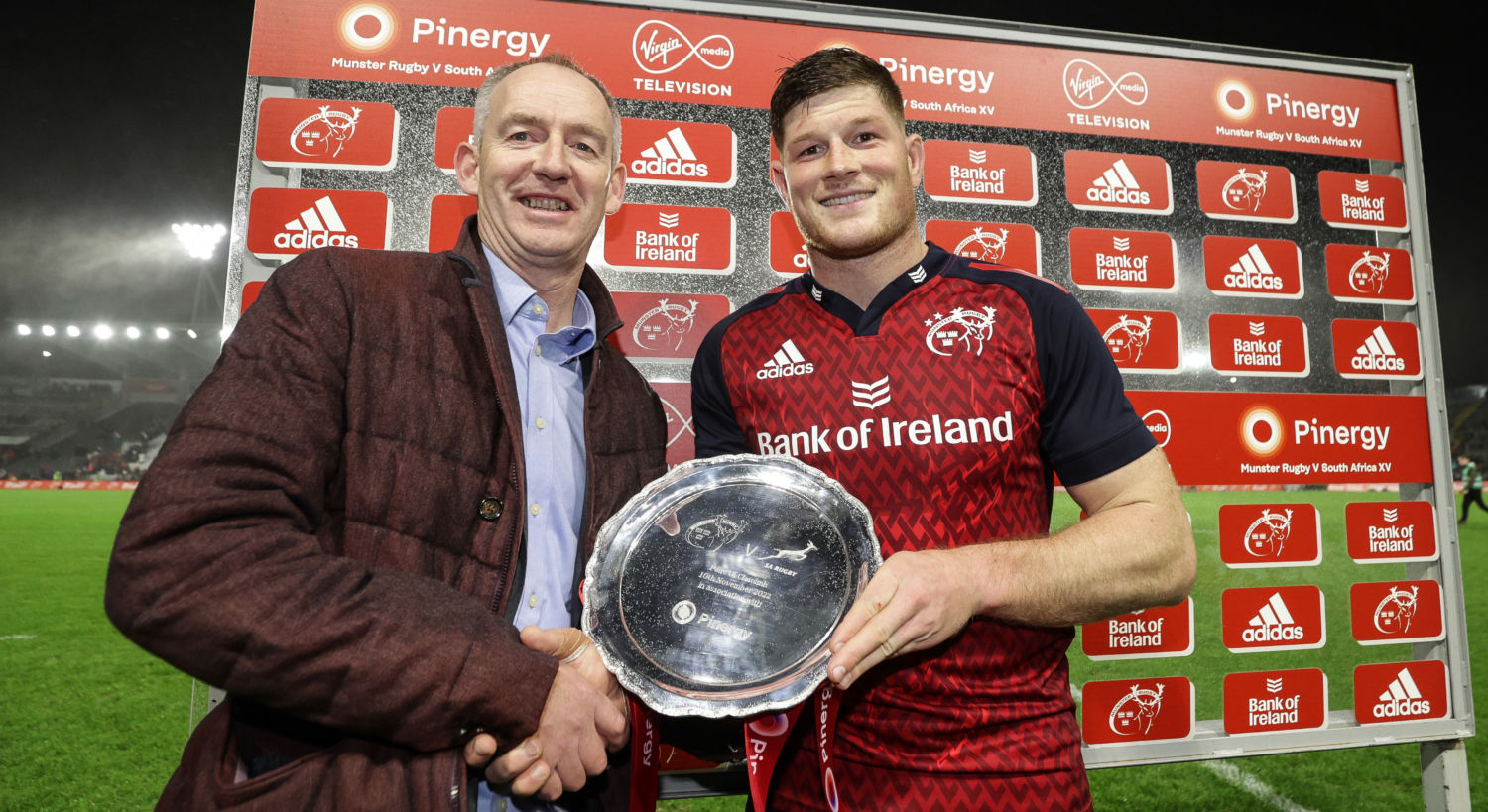 Munster captain, Woodstown’s Jack O’Donoghue is presented with the Pinergy Shield by Enda Gunnell after their win over South Africa A in Pairc Uí Chaoimh. Photos: Inpho.

Munster created history on Thursday night when they added the name of South Africa to their list of international conquests to join the likes of New Zealand and Australia.

After a difficult start to the new season in the United Rugby Championship under the new management team, a young Munster side rose to the occasion of a sold out Pairc Uí Chaoimh to make it the biggest attendance (41,400) to watch a Munster game in Munster to turn in an outstanding performance in very testing conditions. It was of course also the first every rugby match to be played in the home of Cork GAA.

Shane Daly went over early for the home side and Munster’s other tries came from winger Simon Zebo, Diarmuid Barron and Mike Haley, while Ben Healy kicked four conversions and scum-half Paddy Patterson was man of the match as the men in red took a deserved 28-14 win over the World Champions’ A side who were looking to stake claims for places in next year’s World Cup squad.

Best of all from a Waterford perspective, was that the captain on the night was the excellent Jack O’Donoghue and for him it was a night he will never forget.

“I spoke to the lads before the game and I just spoke about how privileged we are to be in this position,” he said. “A lot of lads go through their career and they never get a chance to play a touring side.

“To come to Pairc Ui Chaoimh and make history, it’s incredible, it’s so special. There’s so many people I think we need to thank. I know the late Garrett Fitzgerald. He had a lot to do with this and I know he’s looking down on us now. All the staff that made this possible. 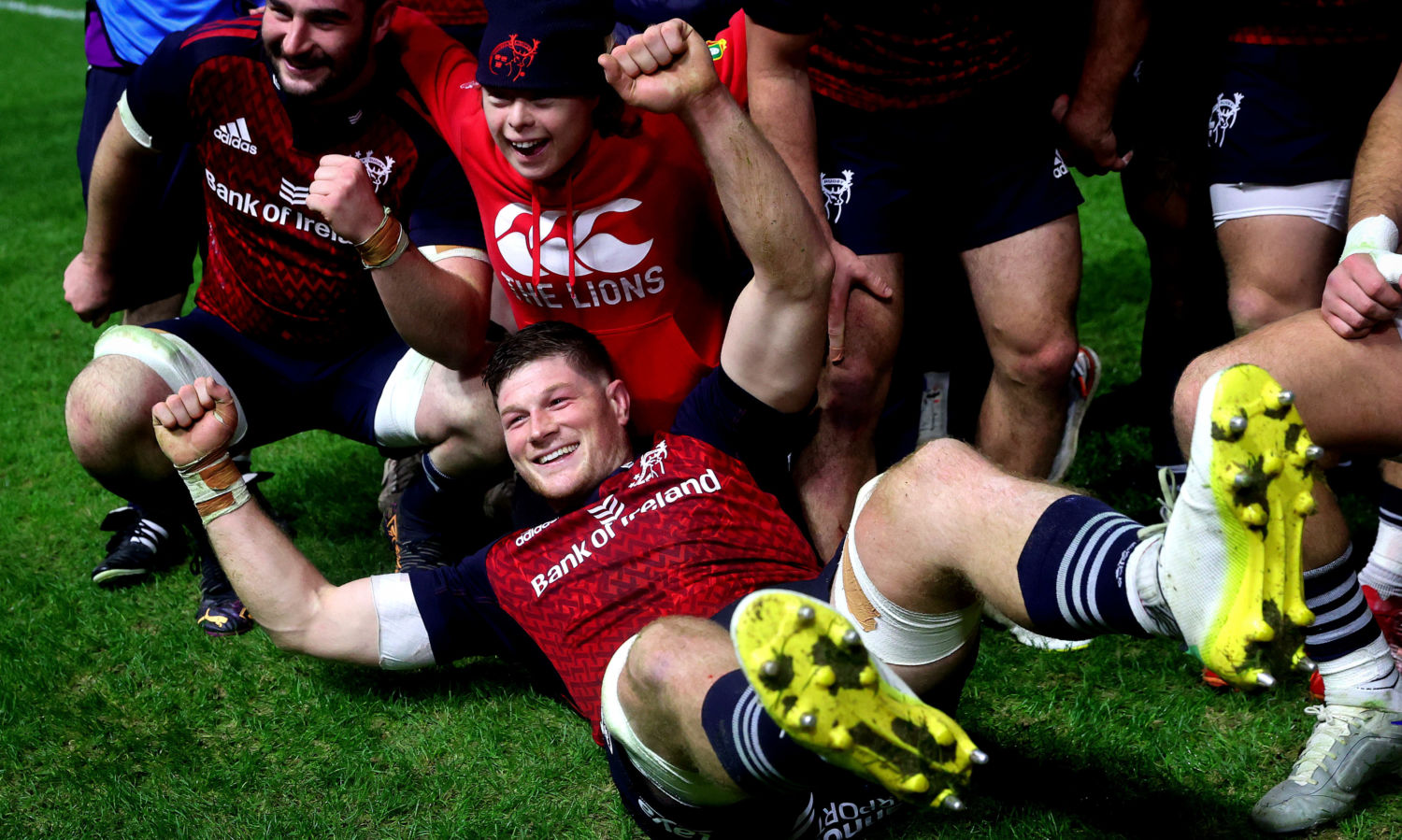 Jack O’Donoghue celebrates with his Munster team-mates after their famous win over South Africa.

“To the fans that came out tonight, on a wet, miserable night, the atmosphere was just incredible. It’s the start of a new block now and hopefully we kick on from it.

“I think from the moment this fixture was announced, tickets were selling straight away and credit to everyone who came out tonight. It was an incredible atmosphere.

“It goes back to the Aviva against Toulouse last year. I don’t know if anything could top this at the moment, but certainly we’ll enjoy tonight. We’ll enjoy the occasion and it will certainly be one to remember.”

Everyone, O’Donoghue included is now hoping that this is the win that kickstarts the Graham Rowntree era with Munster.

“We have next weekend off and then we go into a massive block,” he said. “We go back to inter-pro derbies with the Heineken Cup around the corner. We’ll get a lot of confidence from this, we’re have a lot of learnings but certainly, for the occasion that’s in it, the best thing to do is just enjoy it.”