Editorial: A new dawn for our city 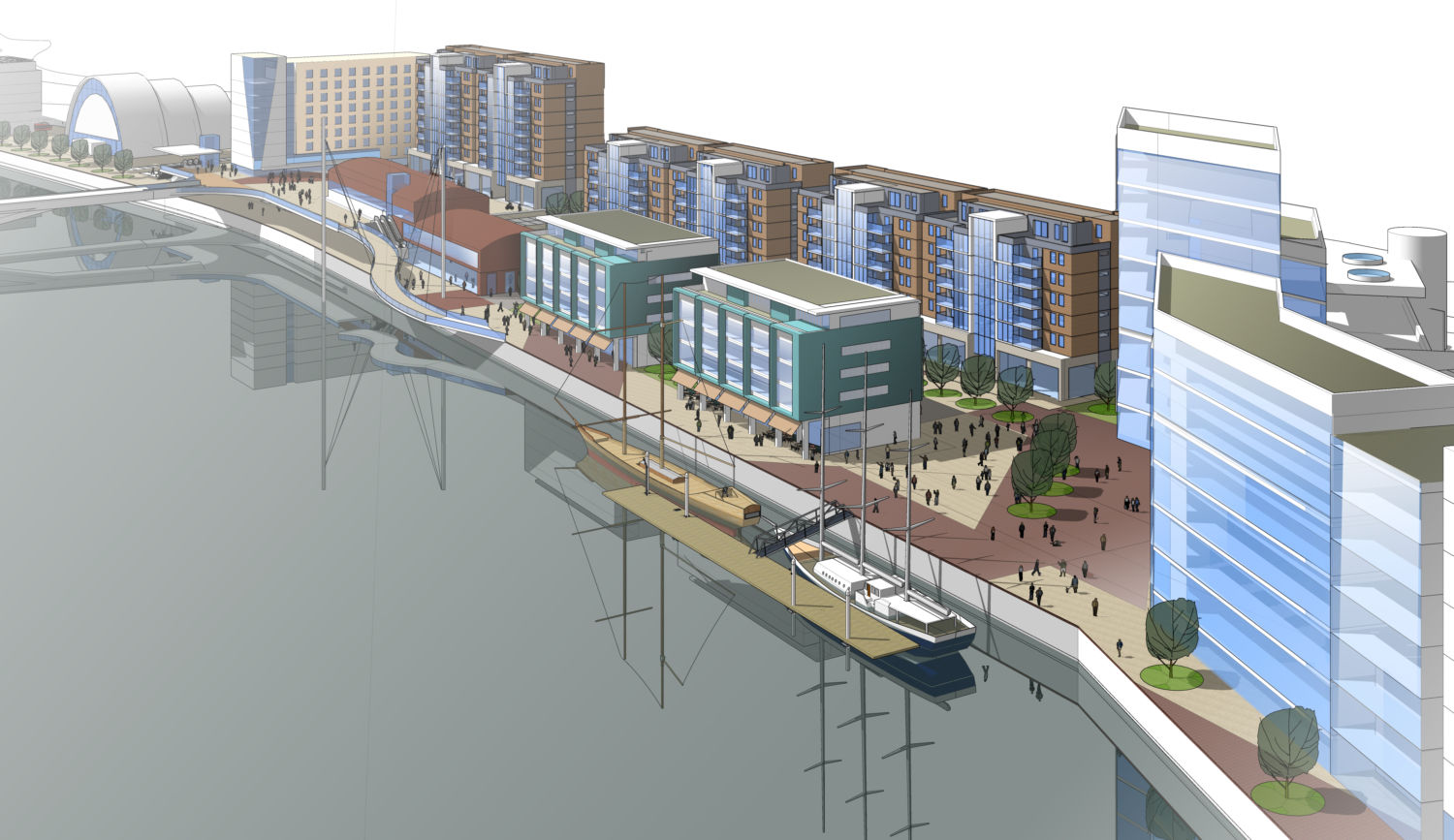 The first image of how the redeveloped North Quays has been projected to look upon the project’s completion.

IT’S happening. It’s actually happening. The North Quays project, now featuring an alternative configuration to what was initially envisaged, has secured just over €170 million from two sources – the Urban Regeneration and Development Fund (URDF) and the National Transport Authority (NTA).

For several months now, the rock stabilisation works above Plunkett Station, which form part of the project, have been ongoing.

One would be forgiven for almost losing sight of the works which led to the demolition and removal of the flour mill silos and associated buildings in 2015/16 and the Hennbique Building itself in 2018. Slowly but surely over the past decade, the profile of the North Quays, once part of the city centre’s industrial heartbeat, has changed incrementally.

And while initial works come the New Year are not expected to be considerable, City & County Council Chief Executive Michael Walsh anticipates “very substantive works” on-site by March/April next.

As Darren Skelton reports this week, the €170m funding purse will facilitate a contract which will lead to the following deliveries: the Integrated Transport Hub, the new Sustainable Transport Bridge and a series of new access roads and bridges for the site.

The relocation of Plunkett Station has long been spoken of but never in concrete (and iron) terms until the notion of regenerating the North Quays came back under discussion. This was primarily thanks to the designation by then Environment Minister Alan Kelly (Lab) of the 17-acre site as a Strategic Development Zone (SDZ) in January 2016.

Former TD Paudie Coffey (FG), who was Minister of State in the same Department at the time, invested huge time and energy into ensuring this SDZ status was realised. And had his party treated him with more respect prior to the last general election, Mr Coffey might still be in a Dáil seat and would be odds-on to retain it in the wake of last Wednesday’s news.

In Harcourt Developments, Waterford City & County Council has brought on board an Irish-based company which comes to this project with impeccable credentials, having delivered projects in 13 different countries.

Its magnificent Titanic Quarter project has done much to rejuvenate an area of Belfast that was synonymous with shipbuilding and associated works for generations. Now they are charged with the task of helping to revive the fortunes of a city with a similar industrial heritage to that of Belfast’s and we will welcome them with open arms.

Once the infrastructure has been delivered, the commercial development of the North Quays will commence, providing offices, residential, retail and accommodation as well as conference/exhibition facilities, a four star hotel and visitors’ centre. The retail element, sensibly, will be significantly smaller than previously envisaged for what’s required on the North Quays is an extension of the city centre as opposed to a commercial drain.

Added to this, news that runway extension works are expected to commence at Waterford Airport in the first quarter of next year made this week one of the best we’ve known for quite some time. Better days most definitely lie ahead for our city, county and region.