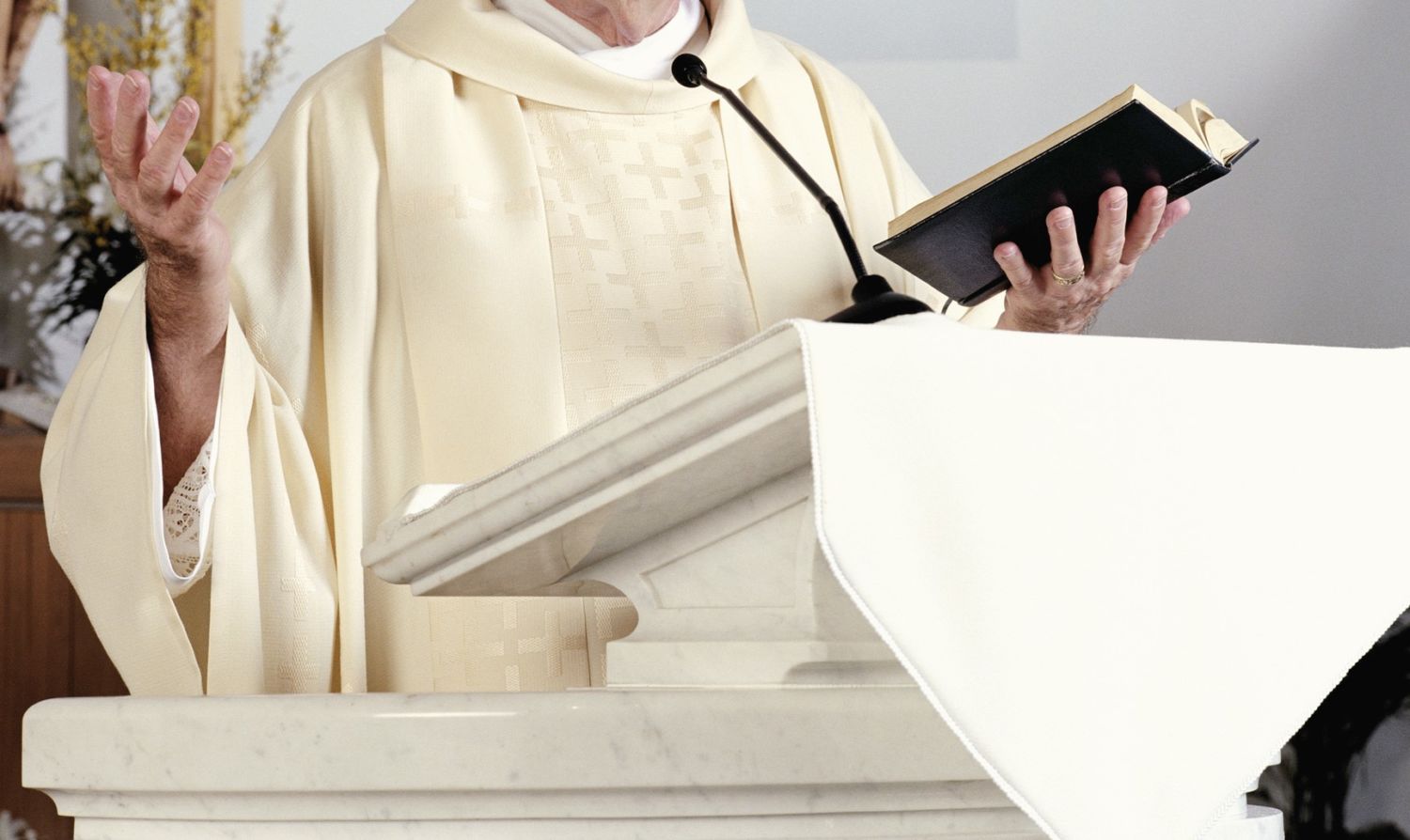 “Others argued that Fr Sheehy abused his pulpit privilege, not least by the tone of the delivery. I am inclined to agree with this.”

I WAS amazed that a sermon by an elderly priest should attract such publicity from all media outlets in Ireland and indeed in the UK and further afield.

Fr Seán Sheehy delivered a much-publicised sermon in Listowel a few weeks ago; the themes addressed in the homily are well known at this stage.

He called gay sex a mortal sin, he dismissed transgenderism as lunatic and condemned the HSE policy of distributing condoms at public events, claiming it promotes promiscuity.

For the most part the reaction was hostile and condemnatory. However some pointed out that Fr Sheehy was proclaiming Church doctrine (and indeed that it is his duty to do so).  He was. But unfortunately, in this case, it is not that straight forward as I will discuss below.

The Catechism of the Catholic Church teaches that the homosexual inclination is objectively disordered: moreover, “Basing itself (i.e. the Church) on Sacred Scripture, which presents homosexual acts as acts of grave depravity, tradition has always declared that “homosexual acts are intrinsically disordered”.

We also read in the Catechism that “fornication, (i.e. sex outside marriage) “is gravely contrary to the dignity of persons”, in other words, it is seriously sinful.

Others have pointed out that Fr Sheehy is perfectly entitled to freedom of expression, and as a citizen of Ireland he enjoys the liberty of freedom of religion.

Tánaiste Leo Varadkar said he respects the priest’s right to express his religious beliefs freely. He was responding to Fr Sheehy’s judgment of his personal life that he “the Tánaiste and other gay politicians are absolutely going to hell if they do not repent their sins and seek forgiveness.”

Others argued that Fr Sheehy abused his pulpit privilege, not least by the tone of the delivery.  I am inclined to agree with this.  In light of these arguments supporting Fr Sheehy,  some people were puzzled by the response of the Bishop of Kerry, Dr Ray Browne.

He immediately sanctioned the priest, removing him from the Mass rota in the parish, stating that “the views expressed do not represent the Christian position”. I fully supported this action of the bishop.

However, the public reaction to the sermon  serves to highlight the very difficult challenges in pastoral ministry today.

Priests are aware  if they proclaim the traditional teaching (particularly doctrines pertaining to sexual morality)  either from the pulpit or in other fora, people will object very strongly (many walked out of the church in Listowel.) So many in our congregations do not subscribe fully to the teachings of the Church.

Yet their conscience is at peace and they see no contradiction in participating fully in Eucharistic worship. Some dismiss them as a la carte Catholics. But this is far too facile. The issue is much more complex and nuanced.

Moreover we priests risk a severe backlash from the media and indeed from senior government ministers. (Taoiseach Micheál Martin was forthright in his criticism of Fr Sheehy, stating: “Those remarks were wrong, very disturbing, very hurtful to people generally in the LGBTQ community…the language used was not the language of Christianity.” The Minister for Foreign Affairs Simon Coveney called on Fr Sheehy to withdraw his comments and to publicly apologise.

On the other hand, if a priest publicly challenges traditional formulation of doctrine they risk being shunted to one side or sanctioned in some way.

What we have at present is a kind of stasis which is rather unhealthy. Many clergy (including myself) simply ignore the fact that so many in our congregations are rejecting aspects of traditional teaching.

Many people pretend that they are compliant and participate fully in the Eucharist. Both groups (members of the clergy and laity) are in denial and not facing reality.

I ask myself if I am being slightly hypocritical in buying into this uneasy truce. Is it indicative of a hint of dysfunctionality in our Church? Is there any way out of this impasse?

The tensions highlighted by the response to Fr Sheehy’s sermon surfaced very forcibly in the latest document from Rome pertaining to the synodal process of Pope Francis: to quote: “Instead of behaving like gatekeepers trying to exclude others from the table we need to do more to make sure that people know that everyone can find a place and a home here.”  Specific mention is given to those who feel a tension between belonging to the Church and their own loving relationships  (e.g., LGBTQ people and remarried divorcees).

We don’t have to stay trapped in this limbo land of unhealthy stasis. The International Theological Commission, in a document published in 2014, offered a reflection on the concept of the reception of doctrine.

The Commission argued that we must give theological weight to the conscientious response of the Catholic faithful to the truths proposed to them. Where there is a resistance to or even rejection by the faithful of the doctrine there is an onus on the magisterium to consider whether the teaching needs clarification or reformulation.

This is based on the fundamental teaching of Vatican II that each Christian by virtue of baptism has a ‘sense of the faith’ or an ‘instinct for the faith’.

Theologian Richard Gaillardetz claims that the teaching of the magisterium must be received by the people of God and in the process of reception “will give rise to new questions (based on the lived experience of the people) and perhaps lead us to a rediscovery of neglected elements of the apostolic faith  which in turn could give rise to new formulations of doctrine.”

The concept of the reception of doctrine will be explored in depth during the synodal process on Synodality which will culminate in Rome in 2024.

Meanwhile, it helps us appreciate all the more the response of Bishop Browne. He correctly judged that the reception of Fr Sheehy’s sermon highlighted the fact that the moralistic, judgmental and condemnatory tone in which the sermon was delivered did not represent the Gospel message of compassion.

Fr Liam Power: Churches may be forced to close because of escalating energy costs