‘I don’t think Waterford turned into a bad team overnight’ 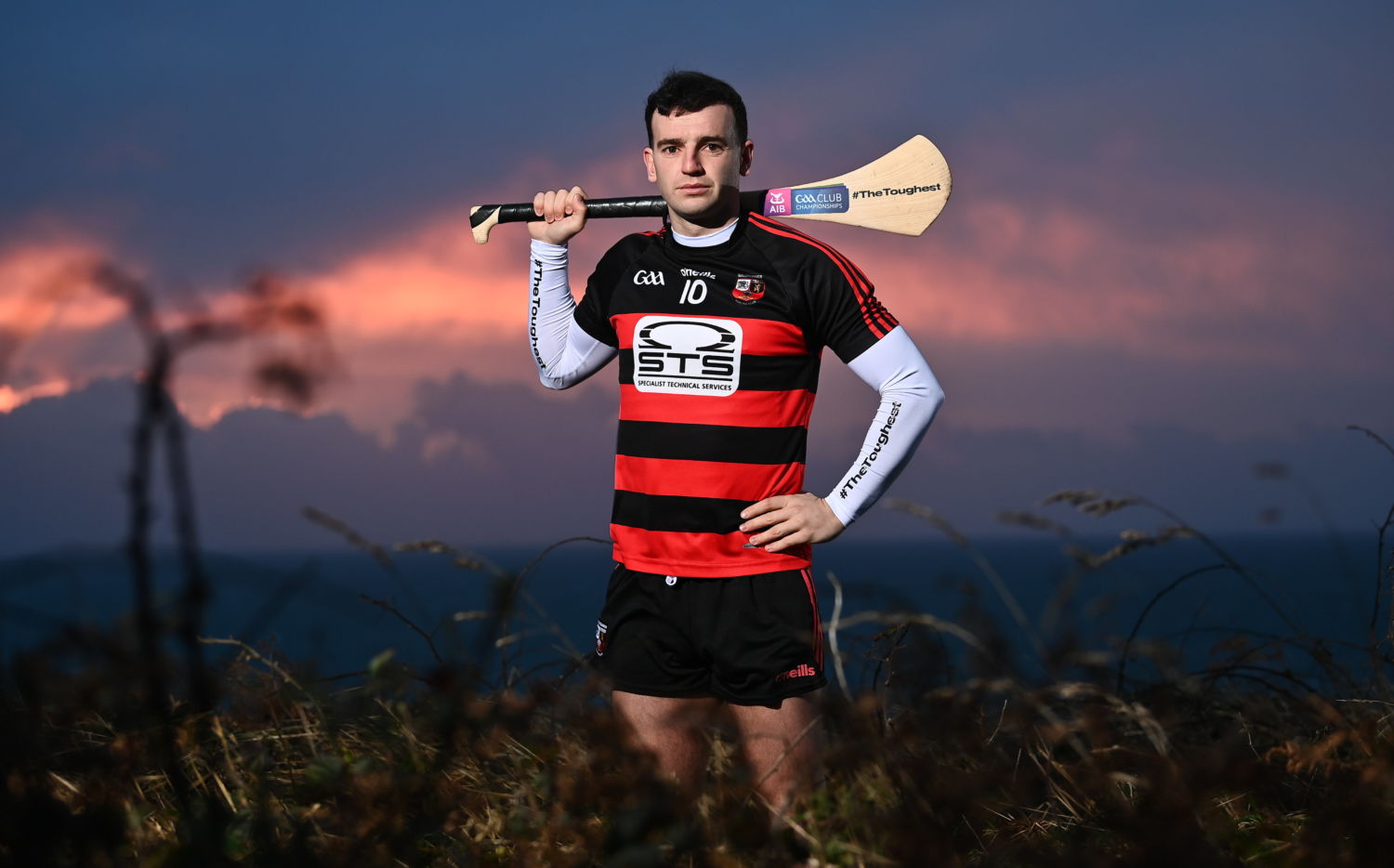 Often the difference between your ordinary run of the mill sports person and those at the top is mental, especially how they perform under pressure. Those at the elite level usually thrive on the pressure. Elite players like Ballygunner and Waterford hurling star, Dessie Hutchinson.
Speaking this week at the launch of the AIB Club Championships, the Dunmore East man said,
“I think I am an established player in the Ballygunner and Waterford setup. People are probably looking to me to deliver on big days. I really enjoy that pressure and I think I bring the best out of myself in those scenarios.”
Dessie has gone down the road of the mental cues, using a piece of tape on his wrist with the simple message, ‘score, score, score’
“Just something for myself to reset in games,” says the former Brigthon and Waterford FC professional footballer.
“I am a bit of an overthinker at times. Sometimes I think I need to bring people into a game when I don’t actually have to. The posts could be in front of me and I feel like I have to pass it.
“Little things like that. To reset me. It was something I started last year and it worked for me. I just kept going with it.”
“Especially over the last couple of years, I have gone deeper into it (sports psychology). It really helps us, especially in Ballygunner. We have done a lot of work on it over the past few years and it is really standing to us.
“Look, it is a huge part of the game now and the high stakes involved.”
In his speech after collecting the News & Star Cup as Ballygunner made it nine county titles in a row back in August, Dessie referenced people who doubted if they could come back after their dramatic All-Ireland club win back in February.
“Every little snippet we can take we try to bring into our group and into our team. That is no different again. Where I was coming from after the county final, maybe people thought we are after winning one now that was enough for us. That is not the case.
“The group there want to succeed as much as we can. That is the most important. We all realise that this won’t last forever and you need to make the most of it while it is there.
“We feed into the external that tiny bit but the rest is all internal about our group and what’s going on in our own club.”

‘WE KIND OF EXPECTED IT’
The Friday before last Dessie was the sole Waterford nominee for the 2022 All-Star hurling team. A disappointing return considering the Déise won the National Hurling League in 2022 but a reflection nonetheless of a poor championship campaign which saw the men in white and blue exit at the group stage of the Munster Championship.
Soon after that championship exit came the news that Liam Cahill, who led Dessie and Waterford to the 2020 All-Ireland Final, was exiting after three years in charge.
“When the call came about Liam going back to Tipperary, you felt like it was going to happen. Especially after him not going there last year. I think we kind of expected it when we heard the news that Colm Bonnar was gone from Tipperary.
“Maybe it was the right thing for that to happen because maybe we went as far as we could with Liam and things might have got a bit, ‘What do we do next?’ You know that kind of way? In fairness to Liam, we were after losing a Munster final, an All-Ireland final and an All-Ireland semi-final all to Limerick and then we had three bad weeks last summer and that determined how Liam’s time ended.
“It was unfortunate but we were unlucky that we’re after coming up against an unbelievable Limerick team over the last three years and we lost to them three times in a row,” added Hutchinson.
But with Dessie going straight back to Ballygunner and then onto Gaultier in the football championship and now back into the defence of the Gunners’ Munster and All-Ireland titles, he has really had too much time to dwell on those bad weeks of the summer.
“There’s not a whole lot of room for break and recovery. That’s something with the split season that maybe it needs to either slow down or quicken up, to give people a break. I think it could slow down a little and have set months for each competition.
“I know there is that in some cases but, like, us in Waterford, we play hurling first and then football and you have an eight- or nine-week gap then (to Munster), it’s not ideal because you don’t really know what you have to be doing in that time to be able to prepare for Munster club.
“I suppose it probably just needs to be a bit more structured in terms of what months are for what and, like, I think bringing the All-Ireland club forward again adds to that and maybe it shouldn’t be at all … or else finish it altogether before Christmas to give people, over Christmas, the break.
“I think there’s a good few things that need to be weighed up there but I’m definitely in favour of the split season, I think it’s more beneficial for clubs and players.” 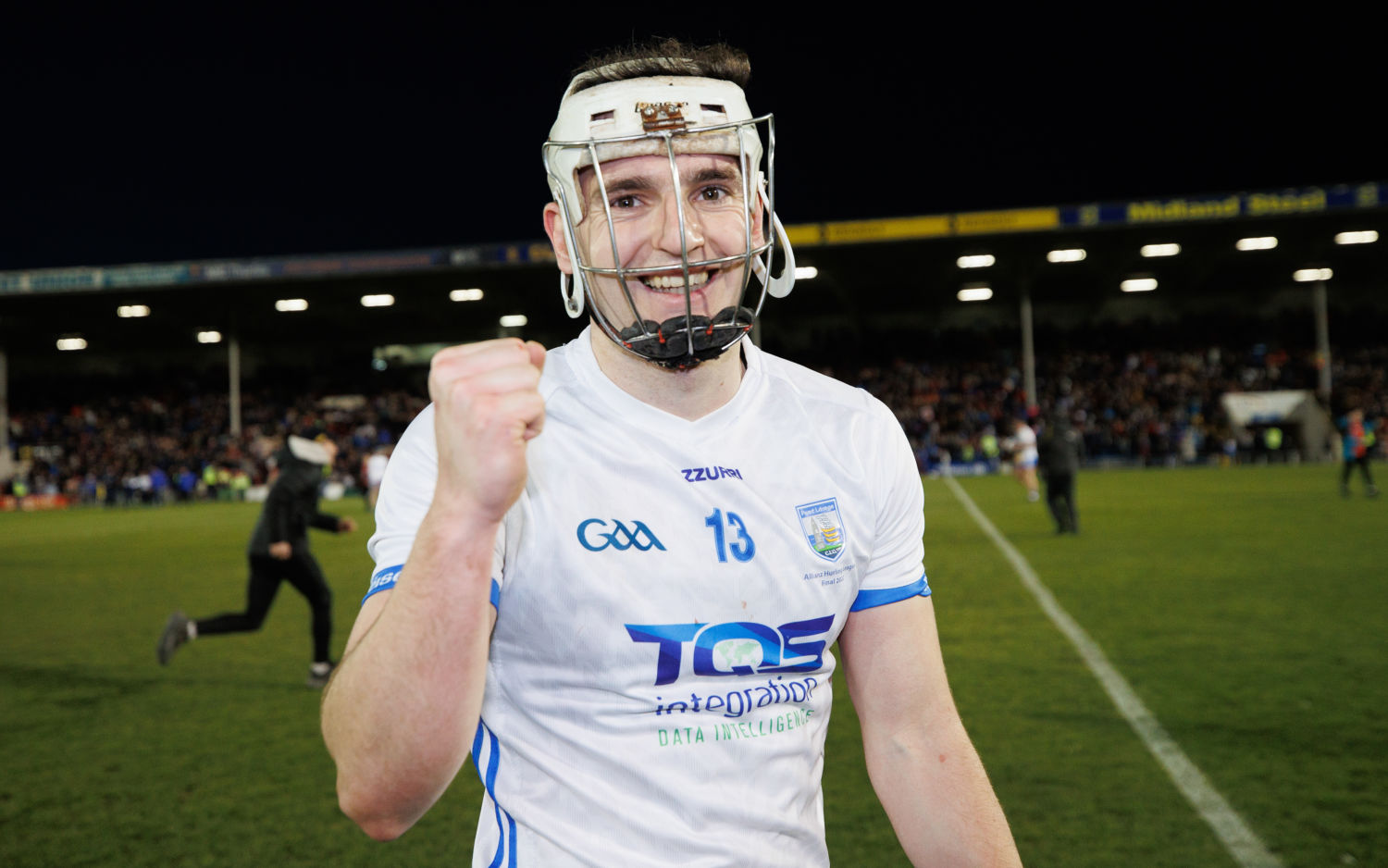 ‘EXCITING TIME AGAIN’
But going back to all things Waterford, has new boss Davy Fitz been in touch?
“Just a small bit. To be fair he’s leaving us do our thing with our club but look, as a player and a supporter in Waterford it’s an exciting time again because there’s freshness about Waterford and knowing Davy.
“I don’t know him that well, but from other teams and what I’ve heard, he’ll set up everything in his power to help Waterford win an All-Ireland and I get the feeling myself from Davy and the rest of his management team that that is going to be the aim.
“He’s going to put everything in place for us to go, please God, as far as we can with him.”
“I still think Waterford are All-Ireland contenders. I don’t think we turned into a bad team overnight or anything like that.
“Last summer is after happening and look, we’ve a bit of freshness to look forward to now. But I still think we’ll be All-Ireland contenders. That’s the main aim in Waterford – to win the All-Ireland.”
But first there’s the small matter of Limerick champions Na Piarsaigh in a mouth-watering Munster Club semi-final in the Gaelic Grounds on Sunday. What a game that promises to be.