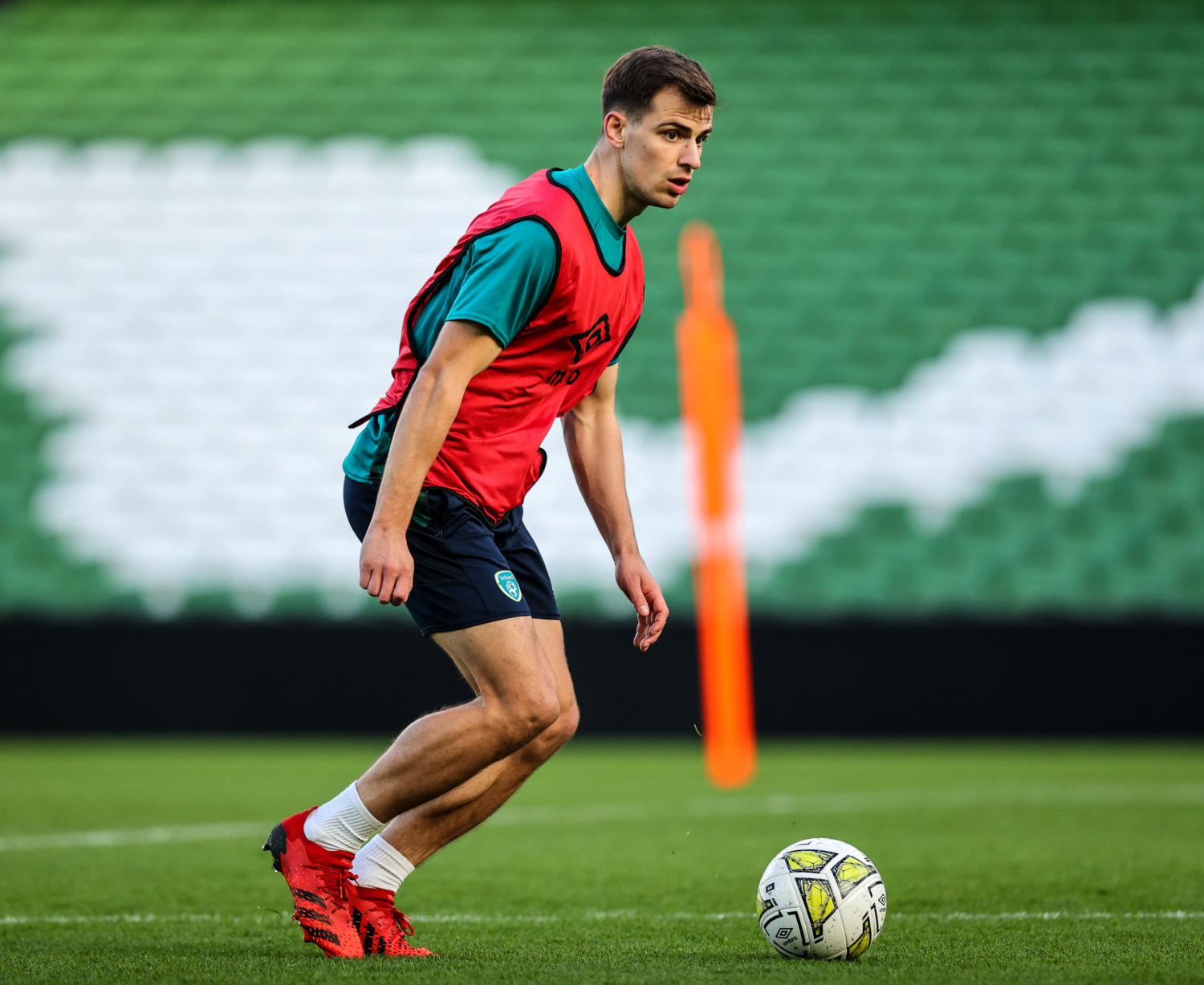 Waterford’s Jayson Molumby training this week with the Republic of Ireland squad ahead of the upcoming games with Norway and Malta. Photo: Inpho.

After making his 50th appearance in a West Brom Albion jersey in their recent 2-0 win over Queens Park Rangers, Cappoquin native Jayson Molumby has been included in Stephen Kenny’s Republic of Ireland senior squad for the upcoming double header against Norway and Malta.
Molumby, who has made 16 appearances for his country at senior level, is enjoying life at the Baggies, and now he will get the chance to add more Irish caps to his name with his inclusion in the squad for Norway’s trip to Dublin before Kenny’s men travel to Malta.
The first of those games at the Aviva Stadium on Thursday when the Norwegians arrive in the capital was one that many Irish fans were hoping to grab a glimpse of Manchester City star Erling Haaland, but the goalscoring machine won’t be part of the Norway squad.
Molumby is one of 26 players that have received the call-up for these games where Brighton and Hove Albion striker Evan Ferguson receives his first call-up to the senior international squad as well as midfielder Will Smallbone who also moves up from the Under 21 team.
Middlesbrough defender Darragh Lenihan returns to the squad after injury ruled him out of the September international window and Liverpool goalkeeper Caoimhin Kelleher is also named after his impressive display in the penalty shoot-out victory last night for Liverpool in the EFL Cup.
Dundee United midfielder Jamie McGrath earns a recall having impressed this season in the Scottish Premiership whilst Aberdeen defender Liam Scales and Wigan Athletic striker Will Keane also come into the squad.
With another big crowd expected with a limited number of adult and premium level tickets remaining for the game on Thursday, Kenny’s side will then travel to Ta’Quli three days later to face Malta at the National Stadium at 7pm (8pm local time) to round off the 2022 schedule.