Phoenix and Junior named in PFAI team of 2022 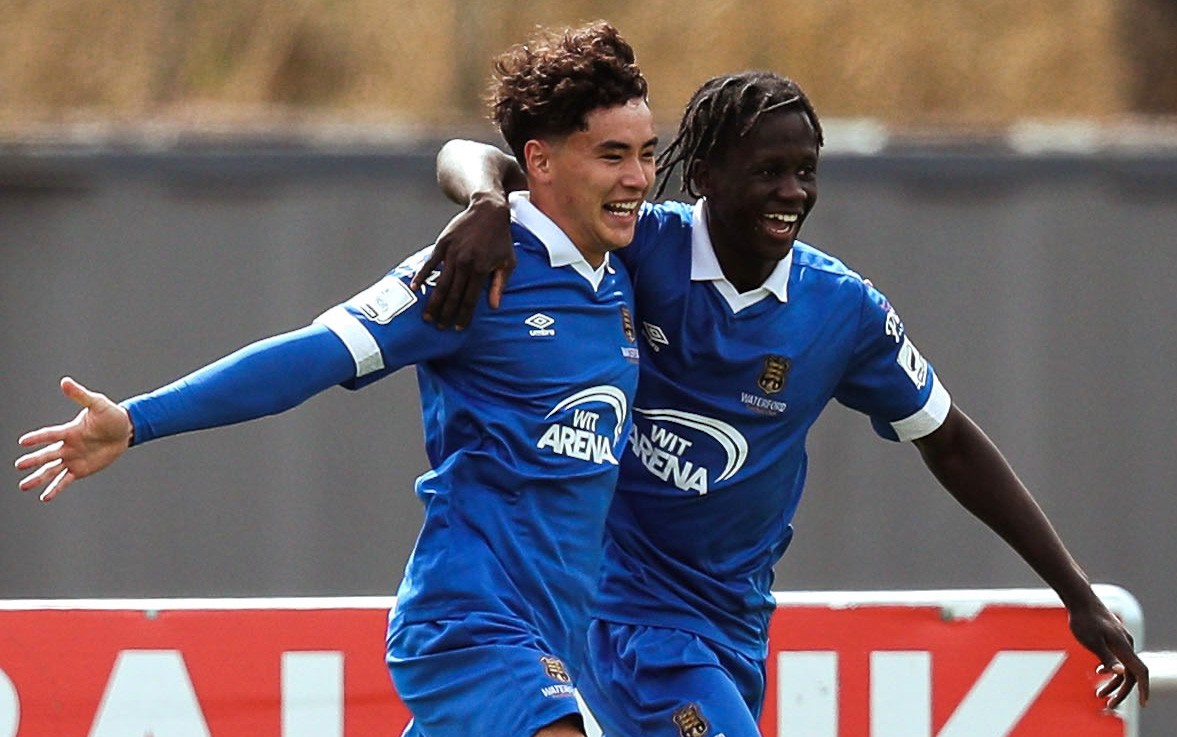 Phoenix Patterson and Junior Quitirna have both been named on the PFAI First Division Team of the Year. Photo: Inpho.

As the dust settles on the disappointment of last Friday where Waterford FC failed in their final bid to win promotion back to the SSE Airtricity Premier Division, the focus will now turn on what players owner Andy Pilley and the club will manage to keep ahead of the 2023 season.
There’s no doubting that one of the prized assets in the club at the minute is star player Phoenix Patterson with talk mounting that he could be on his way to join Fleetwood Town or a potential move to Premier Division giants Shamrock Rovers, Waterford fans will be hoping that he will remain for another year.
The 22-year-old, who scored 22 goals in all competitions for the Blues this season, has been named in the PFAI First Division Team of the year along with Junior Quitirna, who missed the last minute penalty in Friday’s defeat, but both players were recognised for excellent seasons. A couple more players like Niall O’Keeffe, Kilian Cantwell and Darragh Power in particular were unlucky not to make the final cut.
Patterson has also been shortlisted for the PFAI First Division player of the year where he’ll battle it out with Treaty United’s Enda Curran and Galway United’s Stephen Walsh. His scoring fate that saw him end the season as leading goalscorer in the First Division could stand to him to win the accolade, but it would be an award that he would fully deserve to win.
The name that Patterson has also been shortlisted for the PFAI Young Player of the Year is also incredible considering that this includes players in the Premier Division and he’ll be up against Shamrock Rovers’ Andy Lyons and St. Patrick’s Athletic’s Joe Redmond.
Winners will be announced at the annual PFA Ireland awards ceremony at Dublin’s Marker Hotel on this Saturday, November 19, where the PFAI Referee of the Year, both Premier and First Division, Premier Division Manager of the Year, International Women’s Player of the Year and Irish Overseas Player of the Year will be announced.