View From The Green Room: A romance from hell 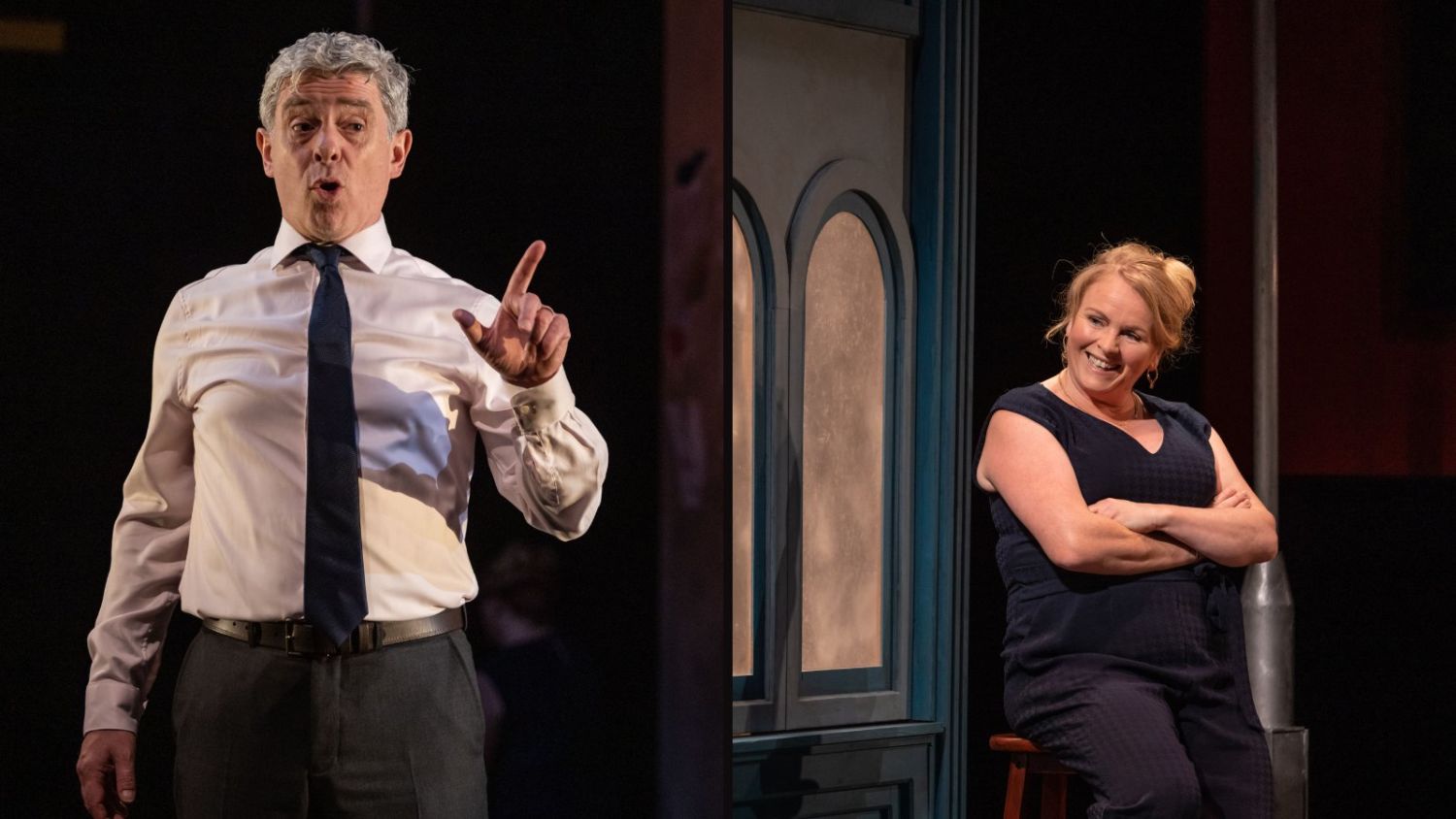 Andrew Bennett and Janet Moran in ‘Heaven’ at the Theatre Royal.

FISHAMBLE’S ‘Heaven’ from the pen of Eugene O’Brien is in the house for the final night of their tour.

There’s a big house here and I’m not surprised because this author has a big following. O’Brien scripted ‘Pure Mule’ for RTE television his play ‘Eden’ won the Irish Times Best New Play of the Year Award and played Dublin, the West End and Broadway and is one my favourite scripts.

‘Heaven’ is quite similar in structure and theme to ‘Eden’. It’s also set in Offaly and the drama unfolds through personal monologues from husband and wife.

Their presence here for a wedding prompts them to reflect on where their marriage has brought them. “I’m 50 years old,” reflects Mairéad. “Who am I? Where am I? What am I?”

They have a daughter Siobhán – a student nurse that has just moved in with Jimmy – and mother and daughter just don’t get on.

Husband Mal’s relationship with daughter Siobhán is warm and loving and reflects the distance between husband and wife in temperament. Mairéad is impulsive, snappy, alive while Mal is detached, measured and tolerant of his wife’s fiery nature and sexual energy.

Mairéad has always fancied Breffni and when he shows up at the wedding, their latent desires for each other ignite into a fiery night of passion that lasts all night long.

Breffni tells her that he’s always loved her and offers to whisk her away tomorrow morning to a cottage he owns by the sea in Kerry. Fate takes a hand. Some decisions are not as easy as they seem and when it comes to duty versus desire at 50 years of age, duty usually wins.

Or does it? Mal’s been on the sauce and has snorted cocaine and is now up to 90. He casts inhibitions and caution to the wind and outs himself somewhat at the party.

The following morning, he’s nowhere to be seen as the curtain falls with a will-they-won’t-they in a draw-your-own conclusions finale. Director Jim Culleton leaves us to make our own minds up and to form our own sympathies.

Andrew Bennett and Janet Moran are superb and a brilliant team as husband Mal and wife Mairéad.

Edgy and reflective, nervous and bravura-brave, assured of the present and afraid of changing it, the pair holds the stage for lengthy intervals that are packed with gradual revelations that hold the audience’s attention.

While each comments on the other, we are aware of the problems and doubts that the first-person narrative brings.

Who do we believe and how much of each other’s comments do we trust – elemental, touchy, fiery Mairéad or reserved, repressed Mal. As in life, the truth is probably somewhere in the middle. The most compelling narratives are never simple; they’re complicated.

Yet another superb production from Fishamble Theatre Company.