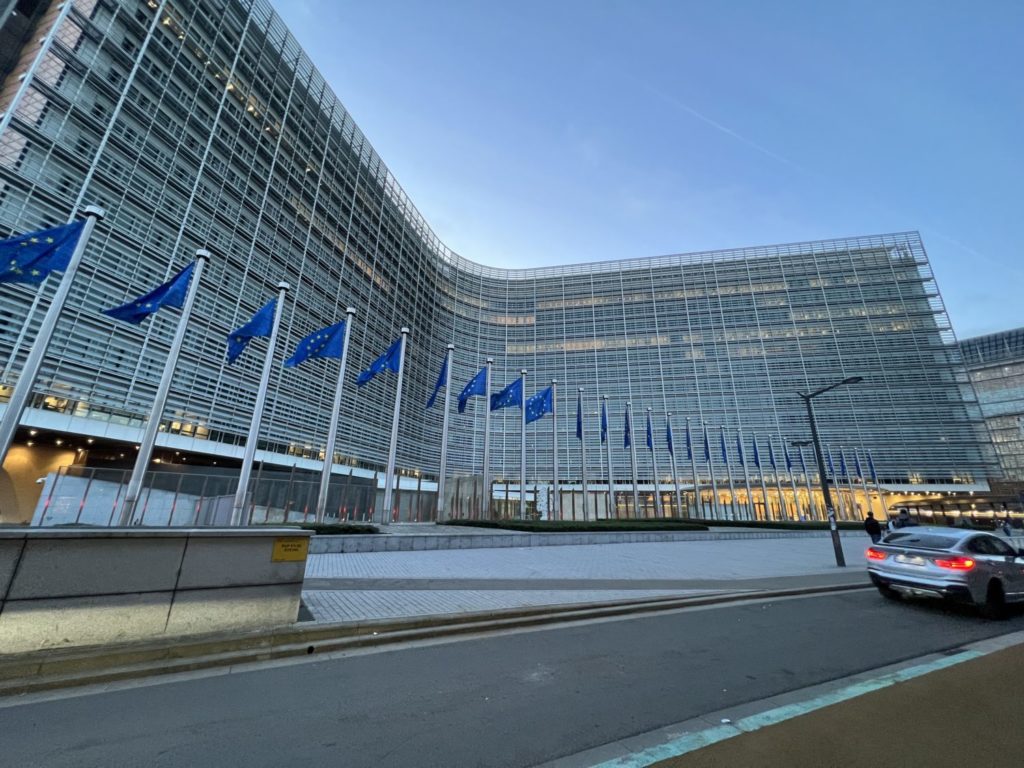 I WAS lucky enough to be invited to Brussels for a few days last week to visit the European Parliament and European Commission, as well as meeting with most of our MEPs. I say most as some chose not to meet with us (Mick Wallace, Claire Daly and Luke Flanagan).

Before I talk about a very interesting briefing that happened towards the end of the trip, let me first give you my thoughts on Brussels.

The Airport smells absolutely lovely – without doubt the nicest smelling airport I’ve ever been in. There are some amazing buildings in the city, but I dread to think what it would look like if it wasn’t the administrative centre of the European Union.

They also have a horrible habit of dumping all their rubbish on the street, which looks dreadful but seems to be common place in some large cities.

Anyway, the trip was filled with briefings and meetings, all designed to spread the great word of the EU. The very last briefing was about energy and was hosted by a senior adviser for strategy and foresight. It was off the record though so although I can say what was said, I can’t name the person who said it!

He started by saying that he wasn’t going to give a presentation as he didn’t know what would and wouldn’t be relevant to us. Instead, he opened the floor up to questions and the first one was inevitable: “When are we going to run out of gas?” You may or may not know that the reason why all our energy bills are going up is because the cost of gas is rising, mainly due to a shortage of the stuff. To have the opportunity to ask a person that sits on an EU Energy Task Force about gas supplies, was too good to miss.

“The EU has a gas market of about 400 billion cubic metres of gas, which is about a third of the energy provided to all of the European Union,” the adviser said.

A major weather event is defined by a substantial number of days of low temperature e.g. five days at minus 10 degrees in 30 or 40 per cent of the European Union.

“We should have no problem this year,” the adviser said. “ However, if we have a normal winter period, our stock levels by March 2023 will be lower than they should be and too low to be able to be filled at the expected supply rate next year where we imagine that there will be far less gas coming from Russia.”

Not sure how well known this is, but the EU is still getting gas from Russia, through pipes and ships. For now at least.

“We imagine that this may end next year, in which case there will be a significant undersupply,” the adviser said.

“If one of those routes drop out – such as the Russian one – then the other four have to make up the difference, which is about 130 or so billion cubic metres of gas,” the adviser said. “Making up that difference is not going to be easy as there is a finite number of ships and most of those are in the Pacific Basin. You could possibly increase the speed of the ships, which would increase the volume, but then you would need all sorts of cooperation between the EU, Japan, Korea, USA etc. That type of co-operation is hard to imagine when you consider that all the companies are operating independently for profit and are not under the control of any Governments.”

It goes without saying that there is no flexibility when it comes to the pipes carrying the gas into the EU – they can’t get any better, just because we want them too. The other issue, which may not be news to you but it was certainly news to me – we are losing about 180 billion cubic metres of gas each year, through leakage in pipes.

“That’s more than the Russian supply to the European Union,” the adviser said. “If you can make the existing system less leaky, then you can bring in a substantial amount of extra gas into the EU.”

To do this sounds quite simple. All you have to do is tighten up the bolts on the pipes. The problem with that is the pipes are quite long and the countries they run through may not be willing to allow anyone near them.

“The pipe that supplies gas to this building (The European Commission) stretches from here, six thousand kilometres to Yamal (its distance varies greatly depending on what you reference) and over that distance loses, maybe 15 per cent of its volume,” the adviser said.

“You’d need someone to walk from here to Yamal, with a wrench, tightening each bolt and that’s fine until you get to somewhere like Russia or Iraq or Nigeria and it would be too dangerous to do your job.”

So there you have it, a little snippet of a briefing from Brussels to make you feel better about your ESB bill…