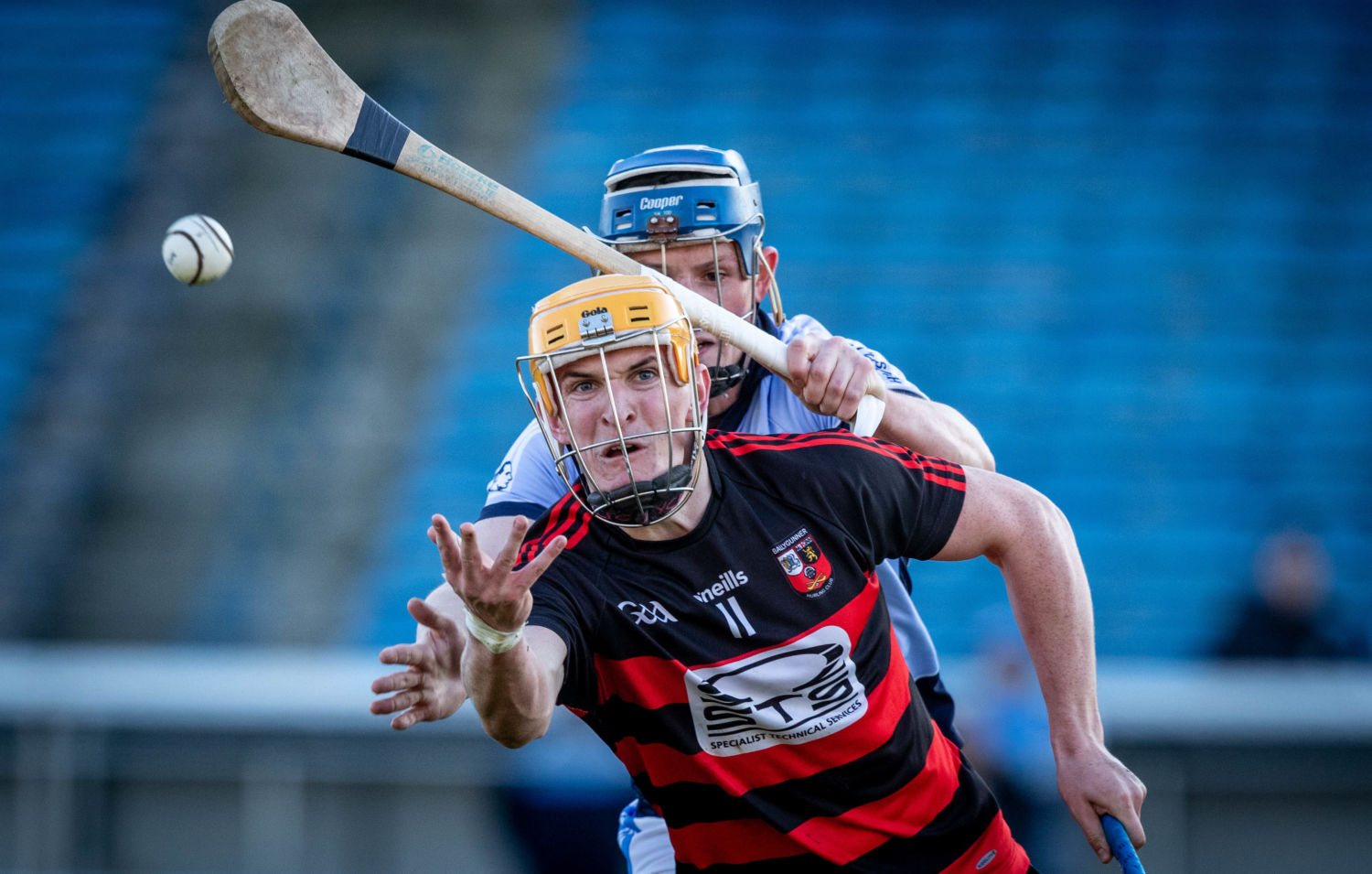 Ballyguner’s Peter Hogan just out in front of Na Piarsaigh’s Will O’Donoghue when these sides last met in the Munster Club SHC back in the 2018 final in Semple Stadium. Photo: Inpho/Morgan Treacy.

Two weeks on from defeating Tipperary champions Kilruane McDonaghs in Walsh Park, Ballygunner again step out in defence of their Munster and All-Ireland titles in Limerick on Sunday next where they face into what is expected to be a much more serious challenge from Limerick champions Na Piarsaigh. This will be the fifth Munster Club championship clash between the teams. The previous clashes being in the semi-final of 2011 and the finals of 2015, 2017 and 2018 the first two of which were won by the Limerick champions with Ballygunner turning the tables in the 2018 decider.

FAMILIAR FOES
Since winning the title in 2018 Ballygunner featured in the Munster finals of 2019 and 2021, there being no Munster championship in 2020 due to the pandemic. In both years they beat the Limerick champions, Patrickswell in a Walsh Park semi-final prior to losing to Borris-Ileigh in the 2019 final and last year regained the title with a big final win over Kilmallock in Cork.
Na Piarsaigh won the club’s first Limerick title in 2011 and went on to take the Munster title at the first time of asking, defeating Ballygunner in a Walsh Park semi-final before going on to beat Crusheen of Clare in the Munster final. The Limerick side took their second county title in 2013 and again went on to win Munster having received their toughest test when defeating Passage on a score of 0-20 to 3-9 in the semi-final in Limerick. On winning their third and fourth Limerick titles in 2015 and 2016 they maintained a great record of going on to take the Munster title on each occasion, beating Ballygunner in both finals, and going on to capture the All Ireland title for the first time in 2015.
When the teams met again, in the 2018 decider, Ballygunner turned the tables in no uncertain manner with a decisive 2-14 to 2-8 win in Thurles. Ballygunner were just pipped at the post in the 2019 decider by Borris-Illeigh but bounced back stronger last year to score a highly impressive win over KIlmallock in the Munster final. That Na Piarsaigh claimed the Limerick title back from Kilmallock in an equally impressive fashion suggests that there will be very little between the teams on Sunday next.

STRONG NA PIARSAIGH
The Na Piarsaigh team that beat Kilmallock in the county final showed six changes in personnel from that which lost to Ballygunner in the 2018 Munster final. In the line up are current Limerick All Ireland medallists Mike Casey, Will O’Donoghue, Conor Boylan and Peter Casey as well as experienced county players in Ronan Lynch, Kevin Downes, David Dempsey and Adrian Breen. They looked a physically strong outfit against KIlmallock with the young players coming on board over the past two years slotting seamlessly into the scheme of things.
Ballygunner, on the other hand, have evolved even more since that 2018 final. The hard core of experienced players remain but against Kilruane eight players started who did not figure in the starting line up against Na Piarsaigh in the 2018 final. Since then the Gunners’ conveyor belt of underage talent has seen Tadhg Foley, Ronan Power, Paddy Leavey, Conor Sheahan, Kevin Mahony, and Mikey Mahony, who came on as a sub in that final, come through to play pivotal roles in the capturing of all three titles , County, Munster and All Ireland last year. This year they have been joined by Patrick Fitzgerald who, as a result of his performance against Kilruane, will not be going into this game as a secret weapon. Then, of course, there is the man who has made a huge difference to this team since his return three years ago, Dessie Hutchinson. On his day he can be a match winner and as such will command close attention from opposing defenders. That being the case Kevin Mahony and Patrick Fitzgerald will relish the extra space provided close to goal. I would regard Kevin Mahony as the most improved player in Waterford over the past twelve months and a huge asset to this Ballygunner team.

EACH PLAYER KNOWS HIS JOB
From Stephen O’Keeffe in goal to Dessie Hutchinson in attack Ballygunner play as a team with each player knowing his job and doing it to the best of his ability. Individual confidence and self belief grows with every success to the extent that on the day of the game the focus is not on the opposition but on one’s self. Whereas Na Piarsaigh will be looking to counter the oppositions strengths Ballygunner will be concentrating on their own game and not that of their opponents.
With players such as Jake Foley, Harry Ruddle, Billy O’Keeffe and Tim O’Sullivan pressing for places off the bench Ballygunner can go to the well if things are not going their way. They are the champions and the experienced side going into this game with the Munster and All Ireland titles. It will be tough on Sunday but Ballygunner at their best should be better than Na Piarsaigh at their best. 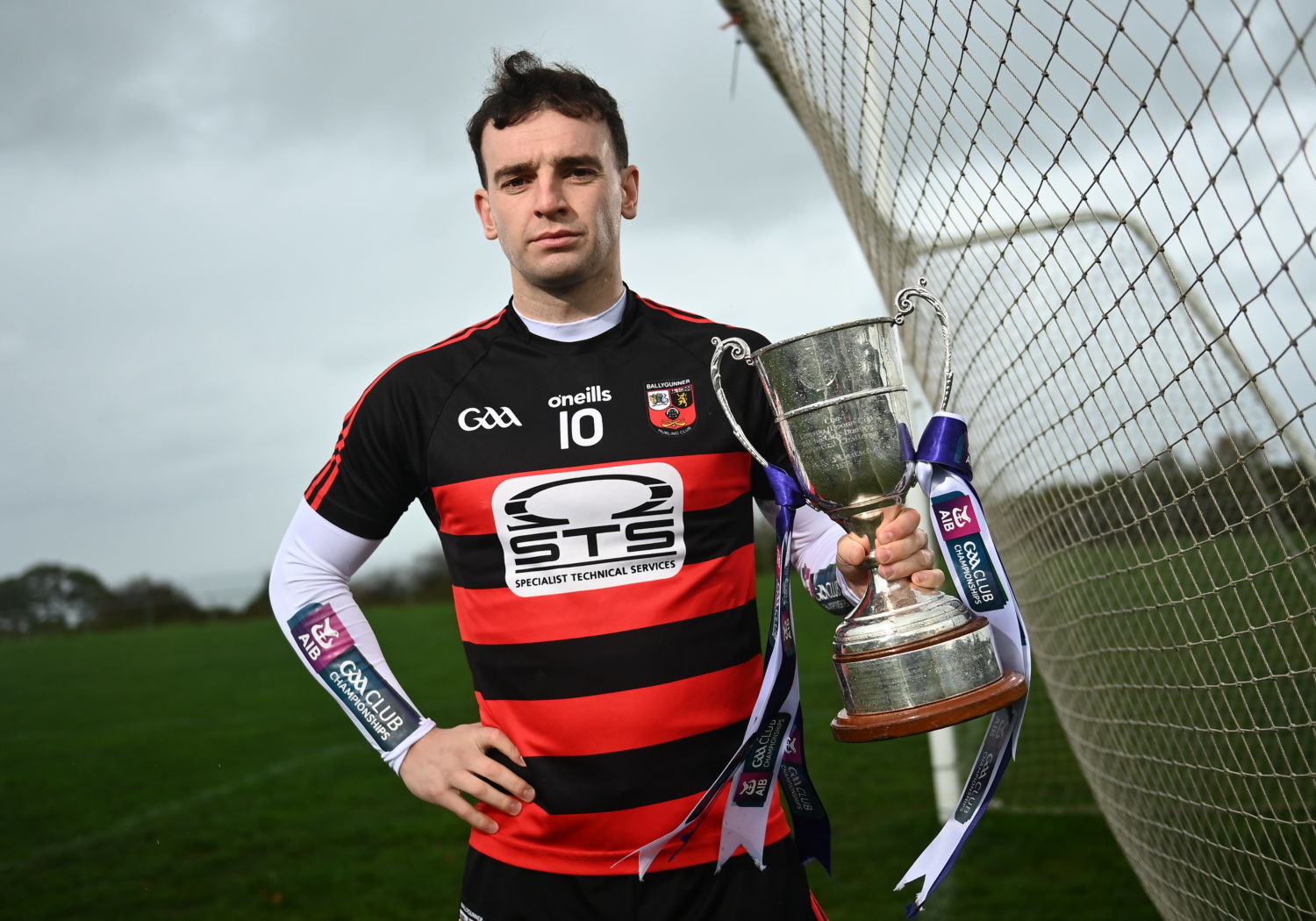