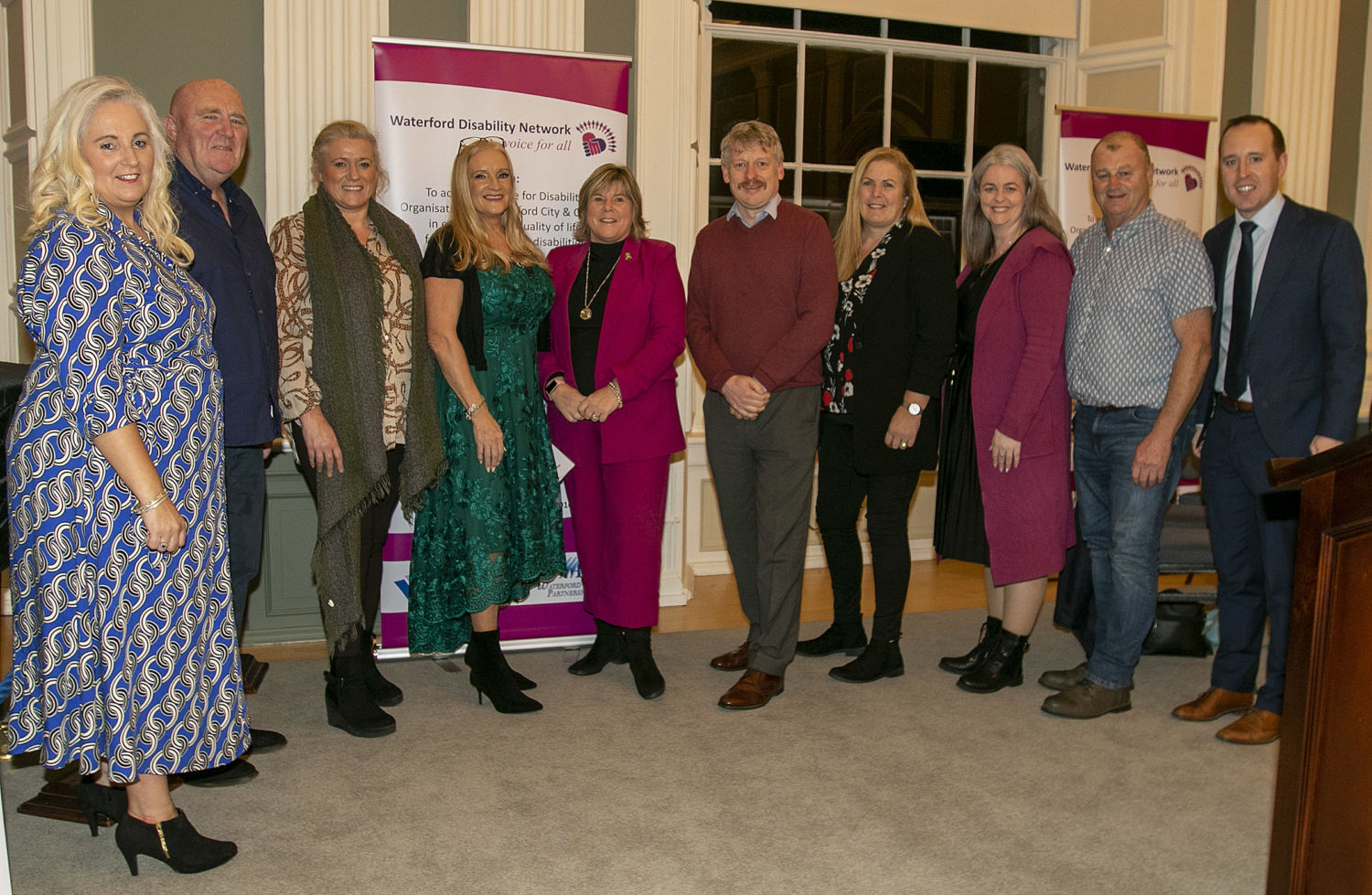 THE delivery of a Waterford-based Crisis Resolution Team (CRT) and Community Café, which this newspaper reported on over a year ago, hasn’t rolled out as swiftly as Minister of State Mary Butler (FF) had anticipated.

Speaking at the Waterford Disability Network’s (WDN) ‘Peace of Mind’ seminar, held in the Large Room on November 10, Minister Butler said she had hoped that both would have been in place in the first quarter of this year.

She stated: “I received the funding of €1 million to support 14 and a half Whole Time Equivalent (WTE) staff. There’ll be 10 members of staff, a multidisciplinary team led out by a consultant psychiatrist, a clinical psychologist, an occupational therapist, advance nurse practitioners, mental health workers, social workers, the whole way down the line. And I also received the funding to have a ‘Crisis Café’ – I’d prefer to call it a ‘Community Café’ – that can support people who may feel they need to go to the Emergency Department (ED) but there would be people there (at the café) with lived experiences and peer support and would be qualified – well that would be the place that they would go first.”

Minister Butler also referred to a successful café model in Galway, where admissions to the ED by those presenting with mental health challenges has declined by 20 per cent “so we know this is working”.

The problem Minister Butler has experienced when it comes to convening the committed-to Waterford service hasn’t been connected to any funding or premises issues, she stressed.

So what will this mean? “This team will operate five nights a week – Thursday, Friday, Saturday, Sunday and Monday. They will come at around three o’clock in the afternoon and we already have two such teams in place, one in Dublin and one in Cork so this is going to be the third team in the country coming here to Waterford and I’m delighted, I have to say, to have secured this for Waterford.”

The new CRT will, if requested, attend the home of a person experiencing difficulty or the scene of a critical incident, news which has also been welcomed by Divisional Garda Chief Superintendent Pádraig Dunne.

Minister Butler said she hopes to have “positive news in the next few weeks” when it comes to filling the outstanding positions yet to be filled within the CRT. The premises for the new team has also been secured.

She also referenced the HSE’s Regional Suicide Resource Office and described it as “the first point of contact for suicide prevention, intervention and post-intervention activity in the South East. Suicide prevention programmes, including SafeTalk and Assist, are provided free of charge upon request by the resource offices to professionals and volunteers across the region. I’m also pleased to say that across the South East, approximately 1,000 people have participated in information and training sessions related to suicide and self-harm prevention to date in 2022.”

The Minister also spoke about the Crisis Intervention Textline – 50808 – and the one million conversations it facilitated nationwide in 2021 “because people texted that at any time of the day and night, 365 days a year – and it’s a fantastic facility”.

She also paid tribute to first responders and suicide prevention patrols for “the fantastic work that they do on a nightly basis” and urged people of all ages to be mindful of their mental health.

In addition to the provision of a Suicide Crisis Assessment Nurse (SCAN) in Waterford, the new National Talking Therapies model is being piloted in Waterford, noted Minister Butler. “This will allow more people to access mental health services, to avail of talking therapies, along with other necessary treatments.”

Metropolitan Mayor Jason Murphy (FF) said the event underlined the extent of the mental health services, which are available locally.

“To be honest, I wasn’t quite aware of just how many there actually are, many operating on a voluntary basis to help people in distress and all doing invaluable work,” he said.

Senator John Cummins (FG) congratulated WDN for coordinating the seminar and spoke of the many people who come to his colleagues’ offices seeking help. The former secondary school teacher stated: “The issue of online bullying has got quite some attention of late but I think its impact is not fully understood yet because it is a relatively new phenomenon… and due to social media, young people who are being bullied in school can’t get away from it: it’s now with them at home, at night and at weekends and they can never get away from it. I think that social media companies and us in Government in terms of holding them to account and putting legislation in place, do have a lot to answer for. And through the Online Safety Regulator, we need to ensure have more regulation in that space to try and protect people, our young people and our whole population in terms of what I think is a scourge.”

WDN Chair Jo Cregan said that the theme of the event was as poignant and necessary as it was relevant to Waterford currently.

“There’s been a great deal of sadness in Waterford in just the past few weeks, a tragedy which we’re all aware of and we just feel that if we can help one person just to wait another day, to make that call to just one of the many services we’re so fortunate to have in Waterford, that could make such an important difference to an individual’s life and to that person’s family.”

Between now and Christmas, WDN is scheduled to a hold a further public event in Waterford focusing on nutrition, with the input of Gemma Kehoe.

Among the other elected representatives who attended the event were Cllr Jim Griffin (SF) and Cllr John Hearne (SF), who is also a WDN Committee member. 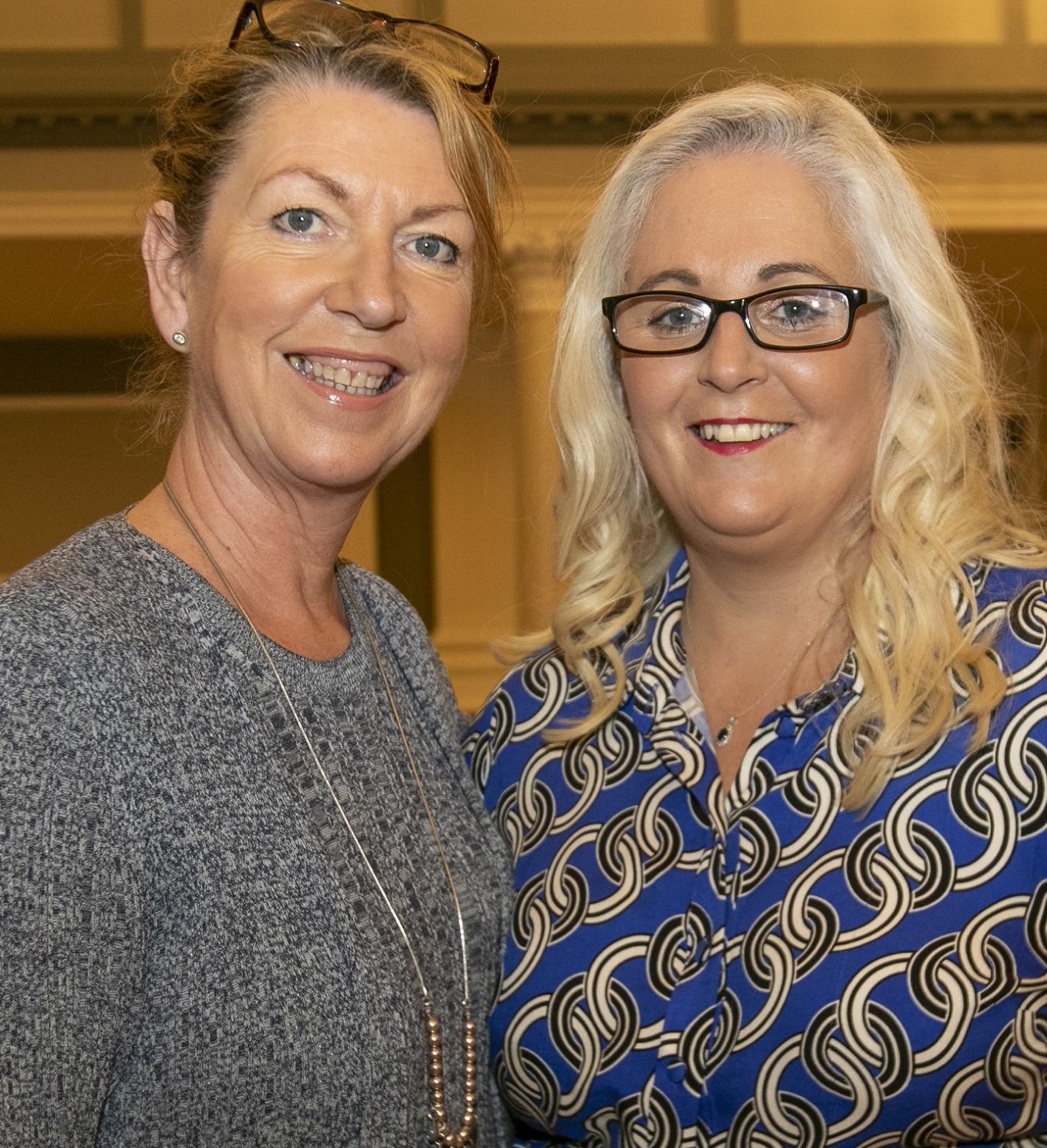 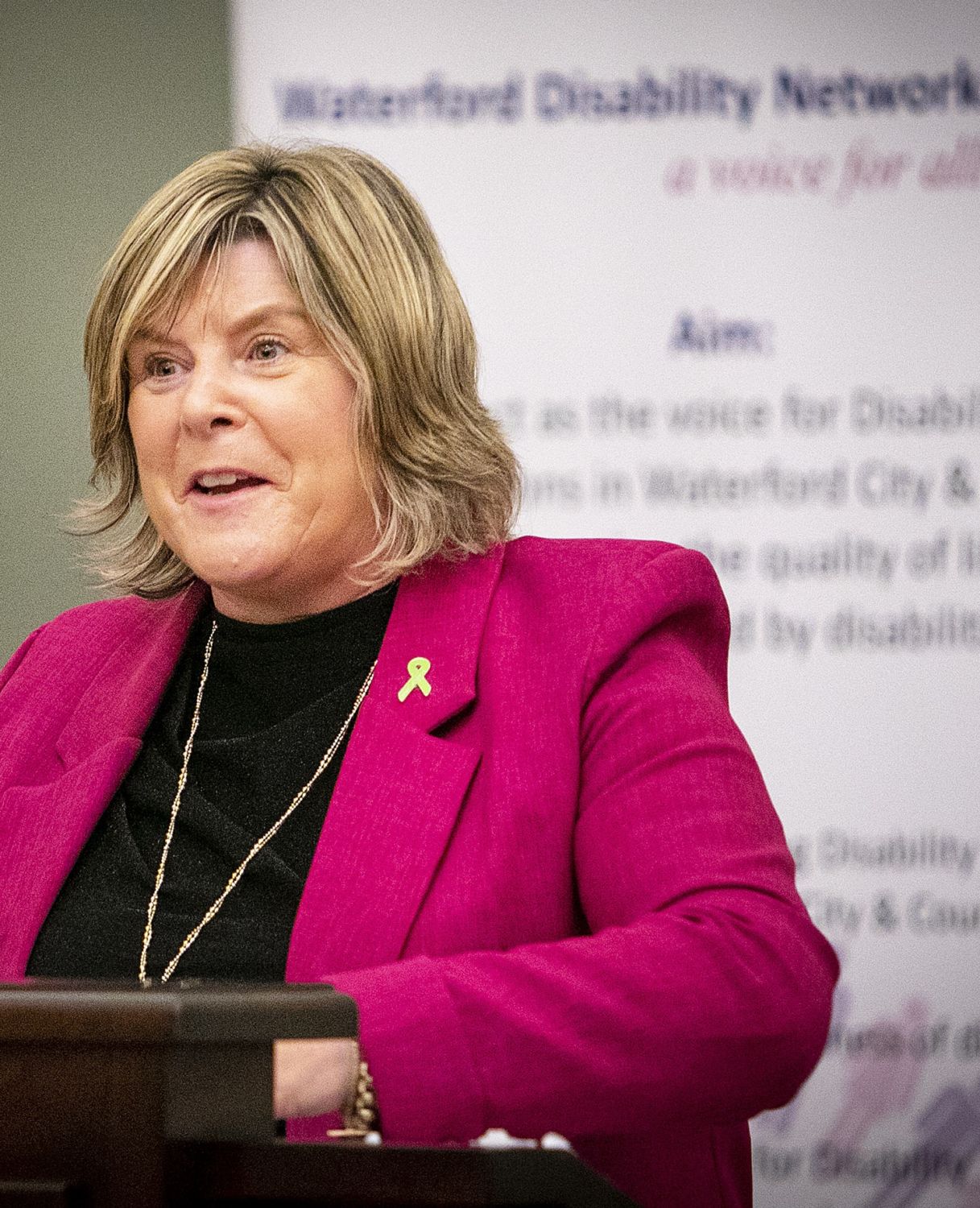 Minister of State Mary Butler, who opened the seminar which was held at the Large Room in City Hall. 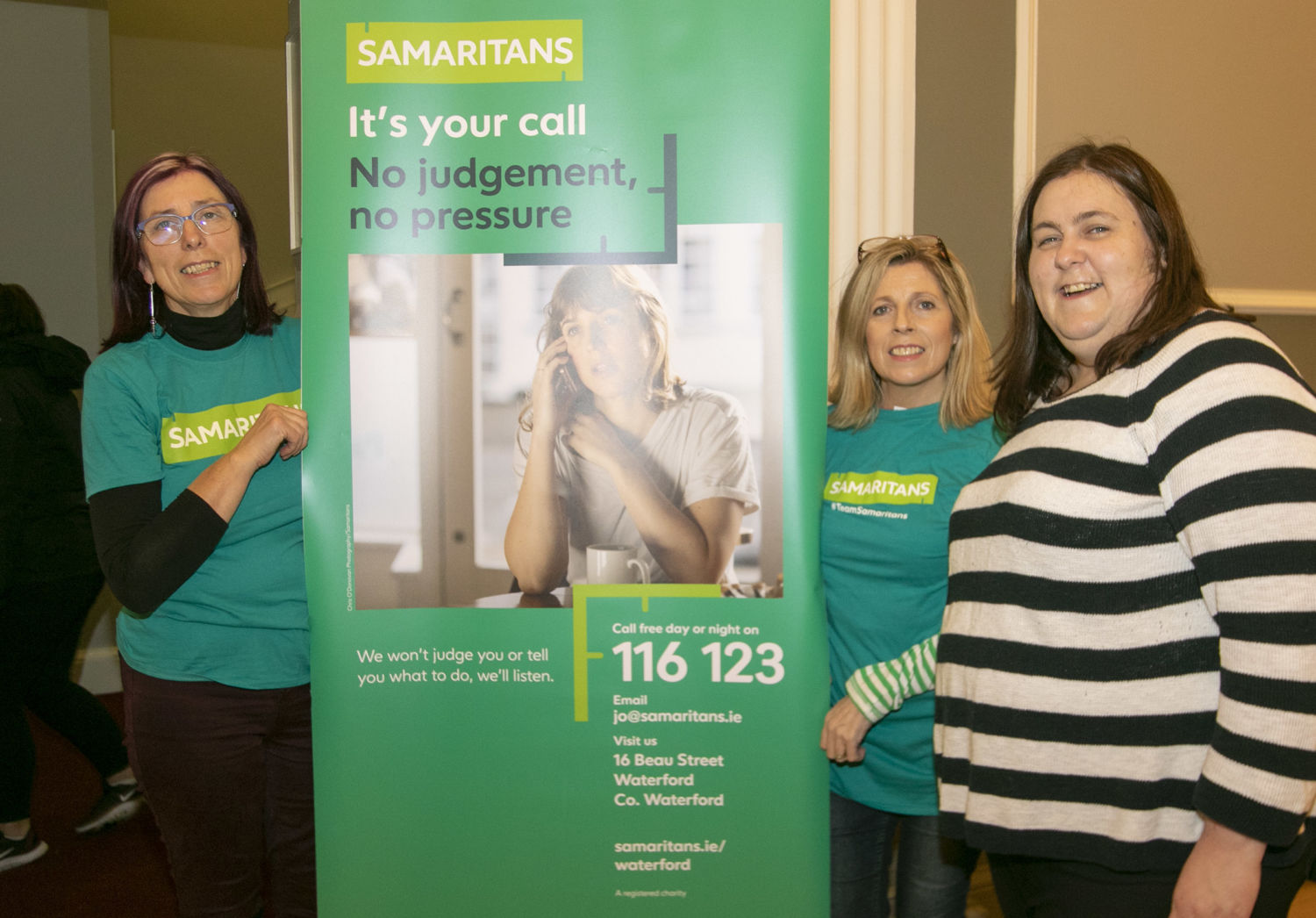 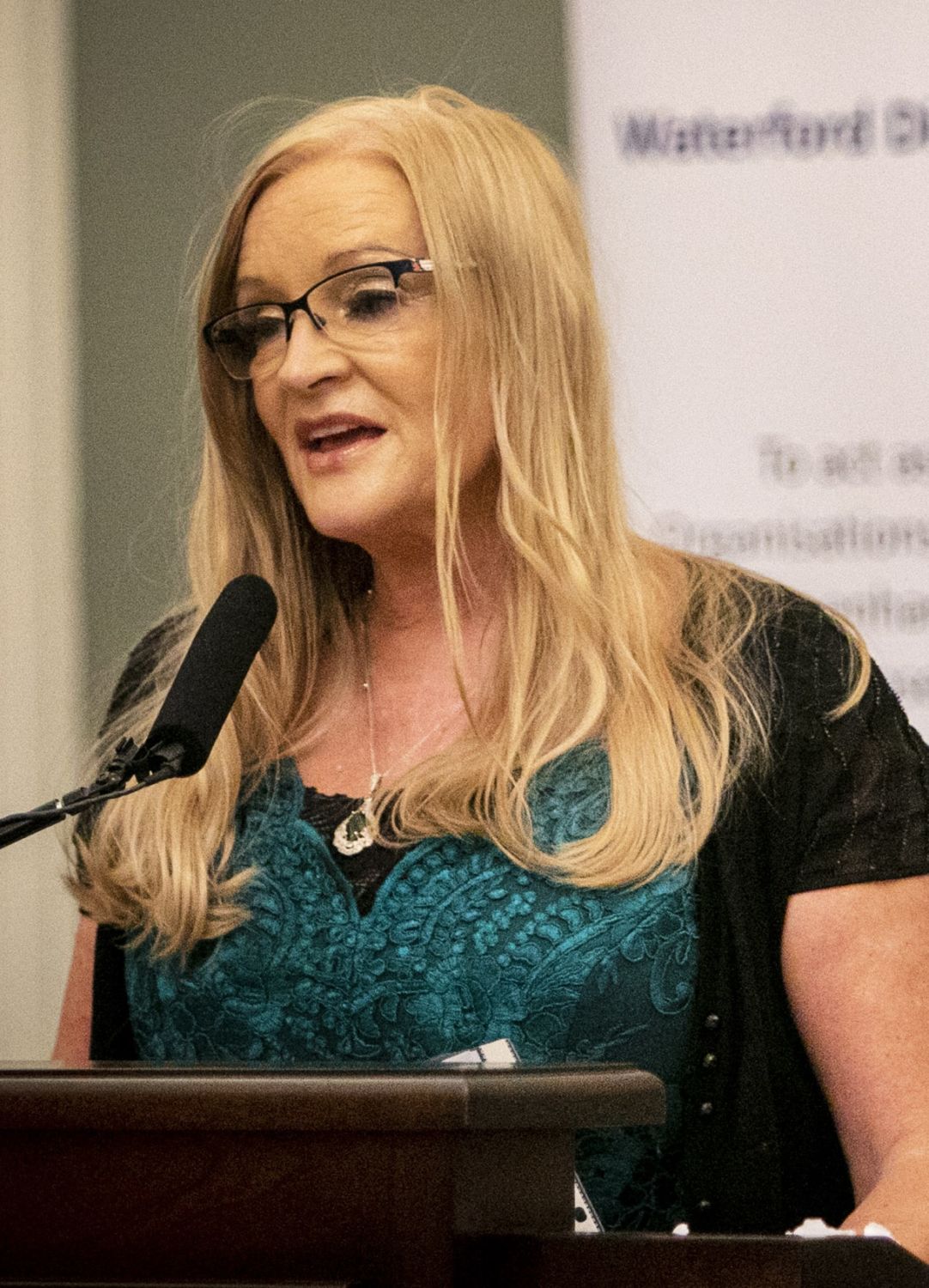 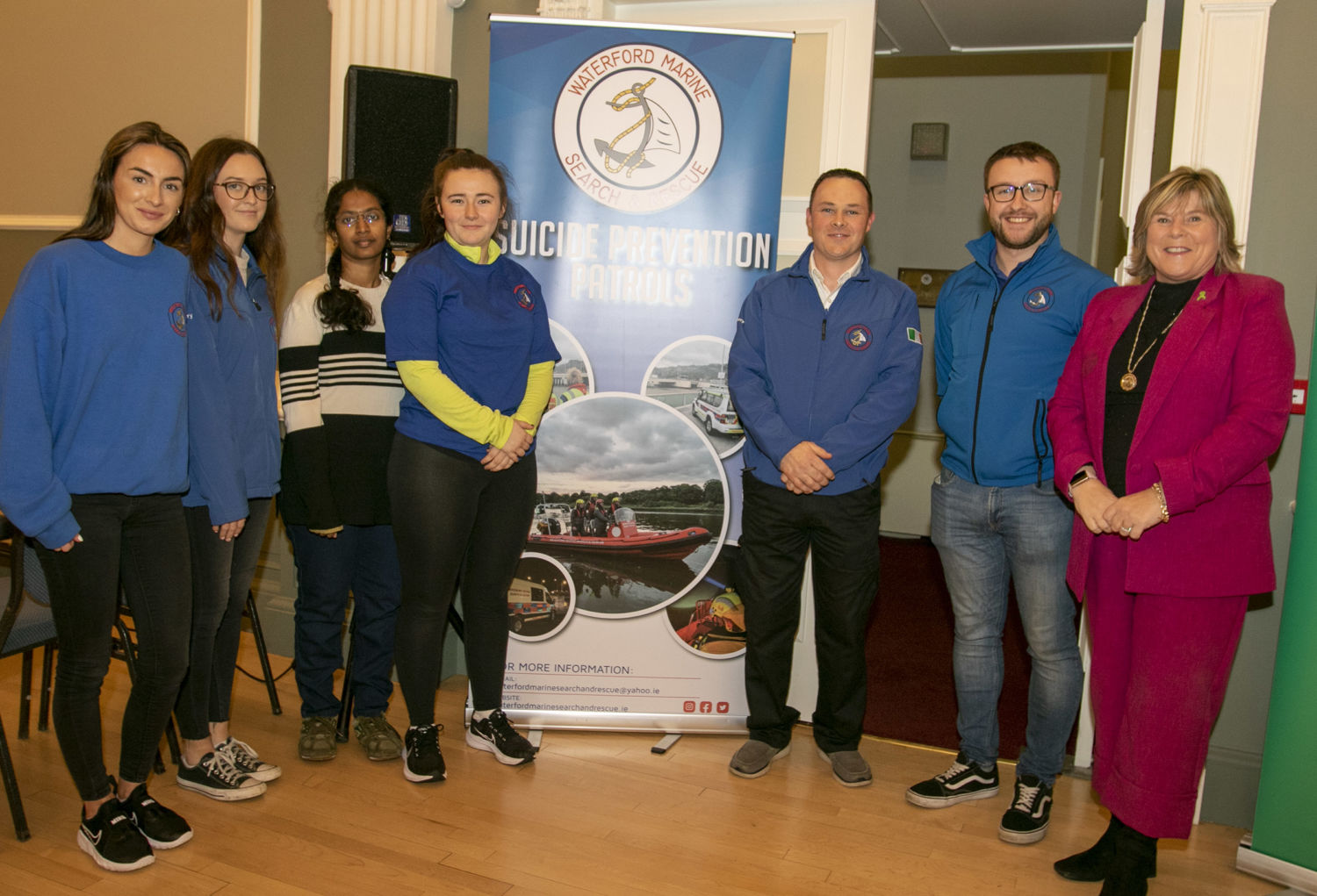 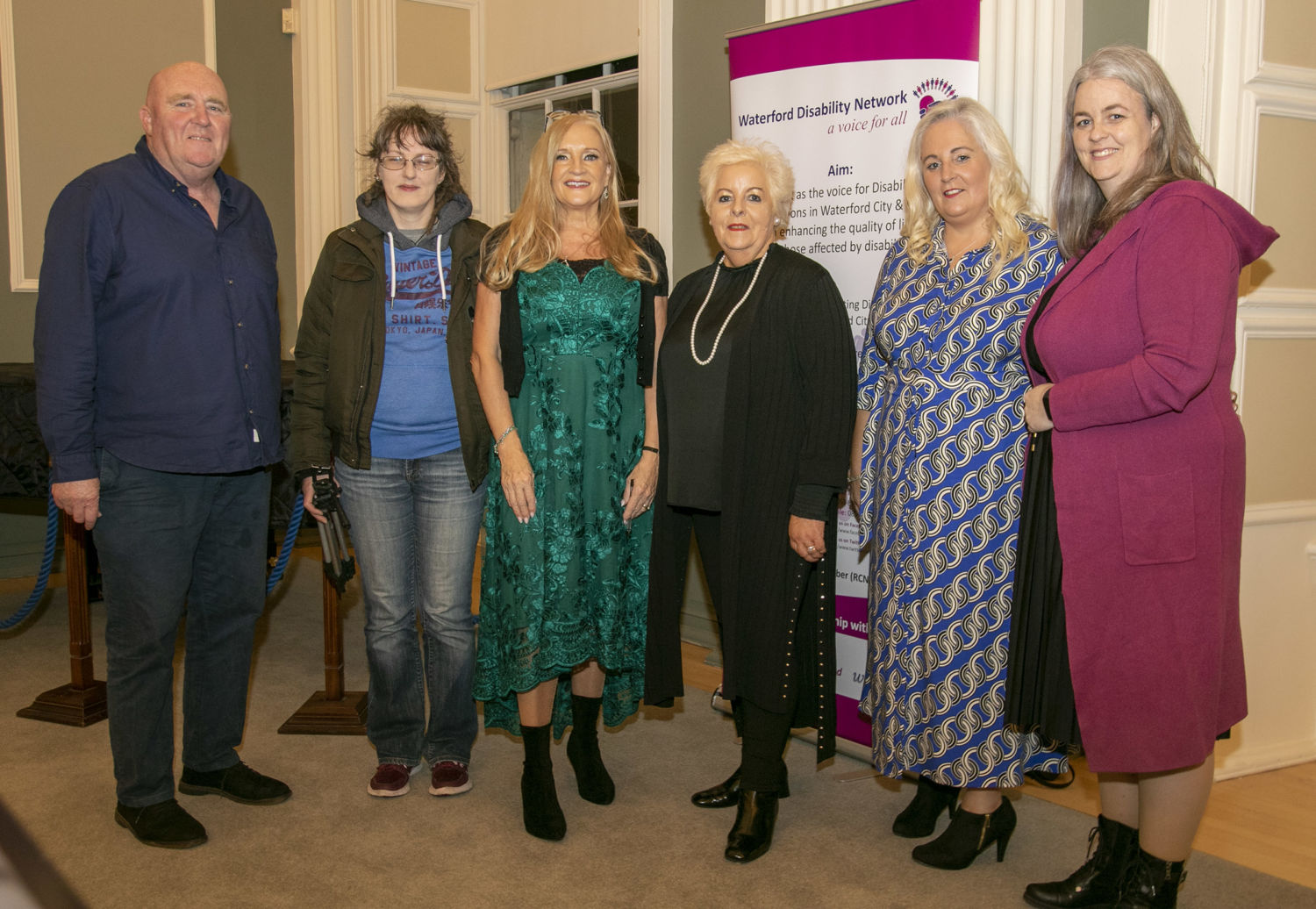 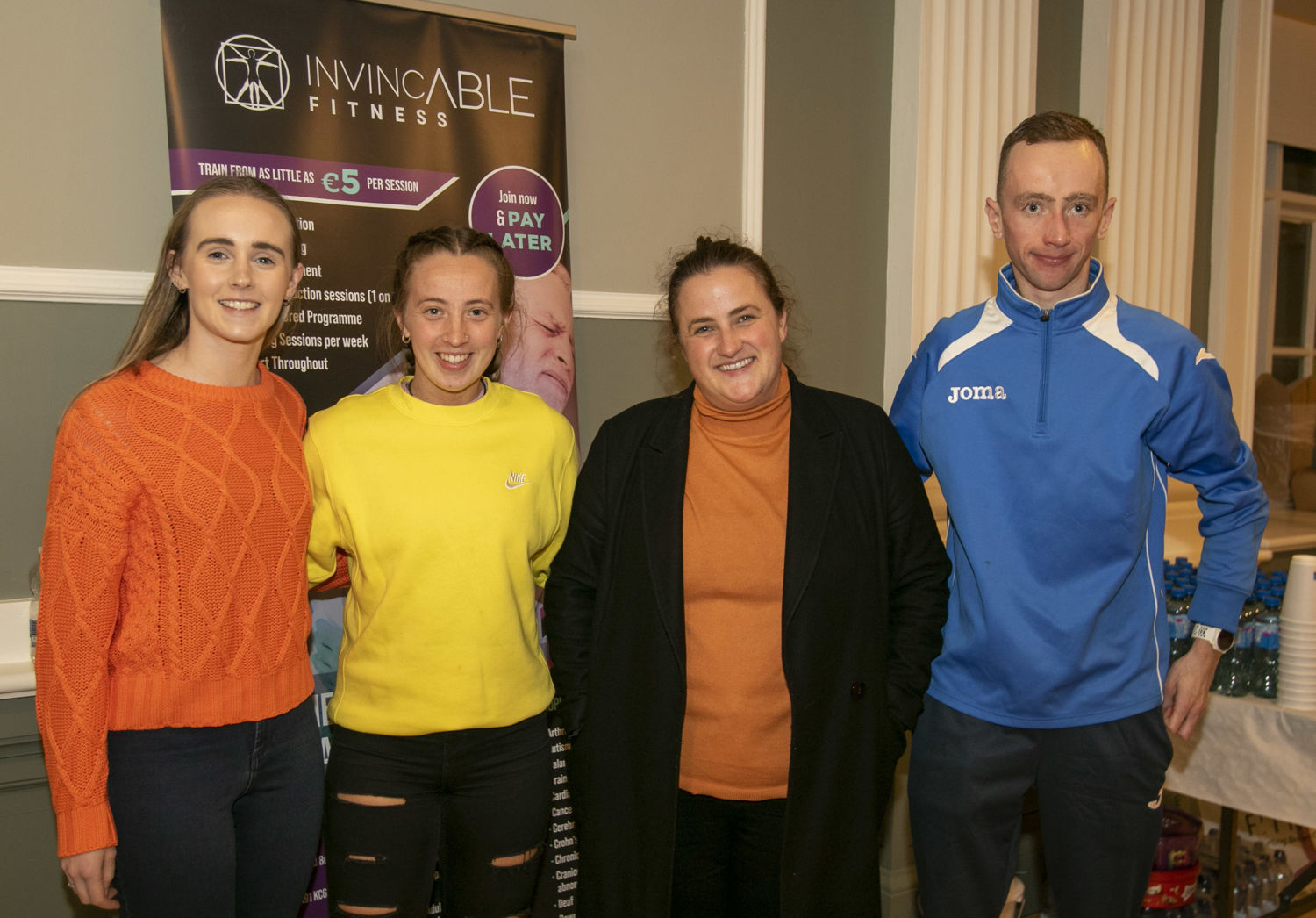