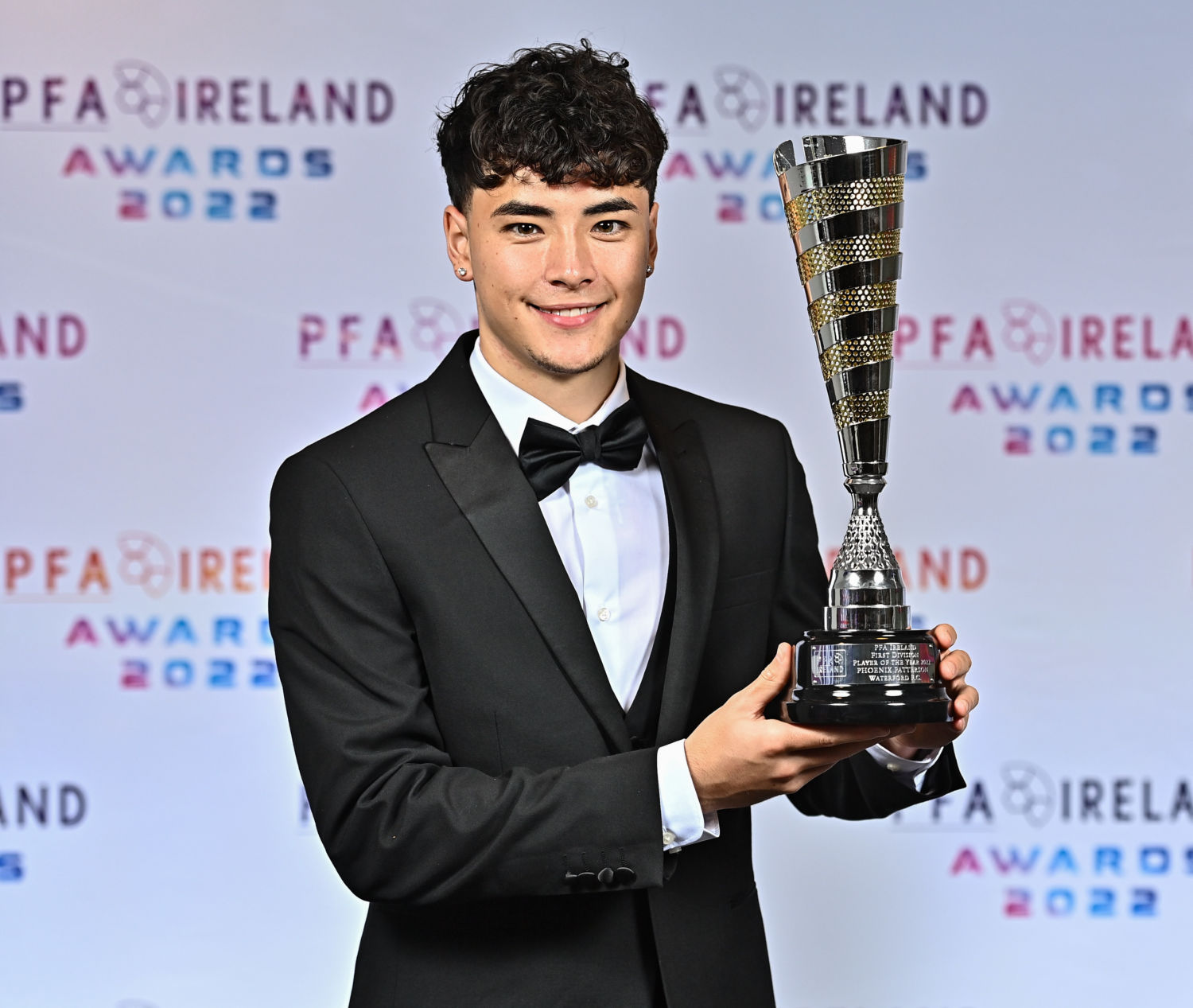 After hitting 22 goals in all competitions in a remarkable season for Waterford FC, Phoenix Patterson was recognised at the PFA Ireland Awards on Saturday night after the talented player was named as the First Division Player of the Year winner.

Patterson, who has been linked with moves to Fleetwood Town and Shamrock Rovers, received the accolade after starring for the Blues in a second placed league finish that ended in promotion playoff final defeat and also by reaching the FAI Cup semi-final for the second year running.

A native of Scotland, the 22-year-old joined the Blues from the Tottenham Hotspur Academy with owner Andy Pilley outlining during the course of the past week that he may be the exception to the rule in terms of players staying at the club for the 2023 campaign.

After landing the Waterford FC player of the year from the fans at the end of the season, he was honoured by his peers last weekend when he beat Treaty United’s Enda Curran and Galway’s Stephen Walsh to the First Division accolade.

Expressing his “delight” at winning the award, Patterson is undoubtedly a sought after talent in the league and outside the league which rumours circulating that he could be set join Premier Division champions Shamrock Rovers, but a move to Fleetwood Town to join Pilley’s primary club a likely option.

It’s a brilliant end to the season for the youngster, who had fans on the edge of their seats for many games throughout the season, and his magnificent run of goals saw him end the SSE Airtricity First Division season with 17 league goals. 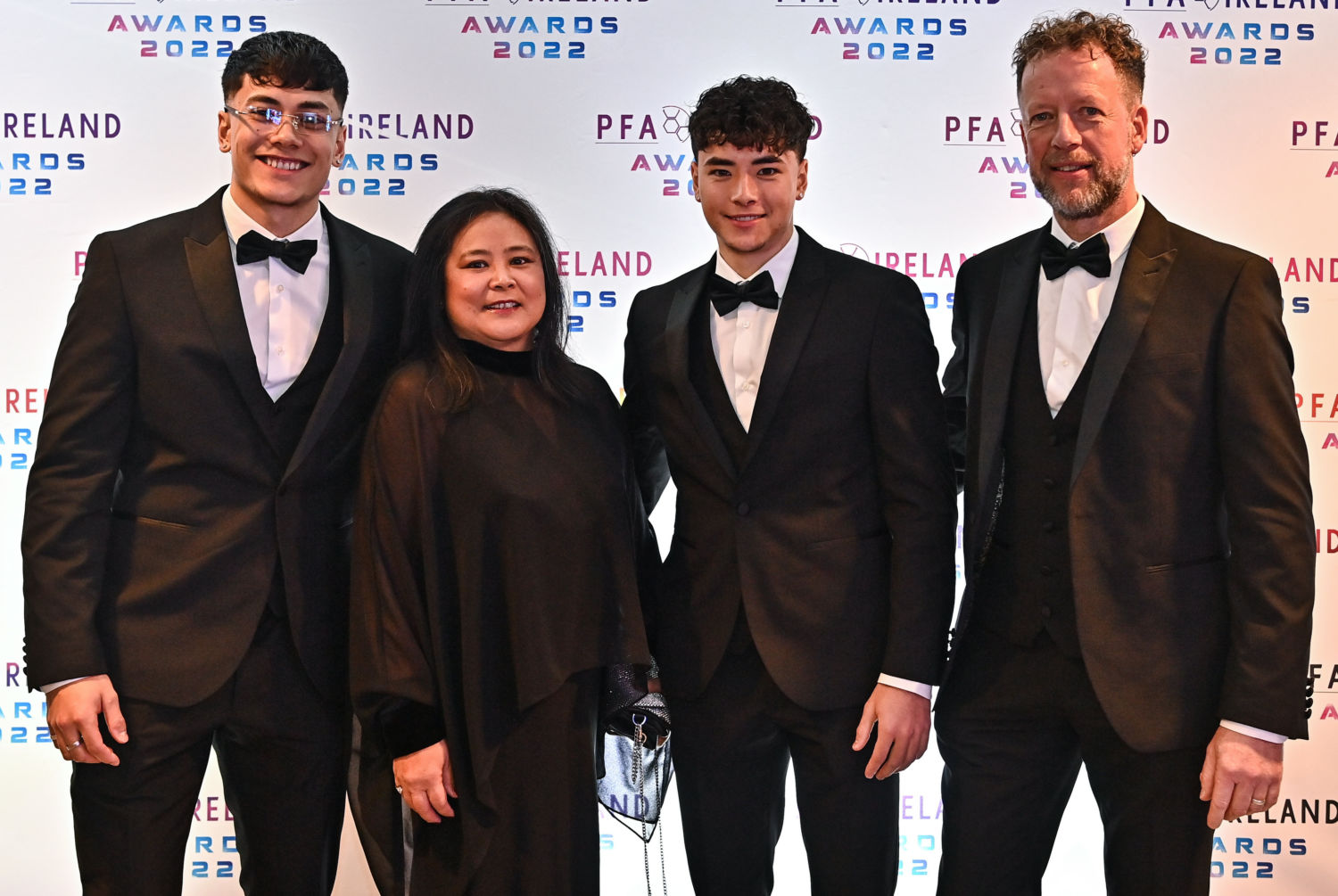 Phoenix Patterson of Waterford FC with his family, from left, brother Kane, mother Paula and father Gordon at the PFA Ireland Awards 2022.