The Big Interview: Sarah Sabour-Chadwick on faith and community 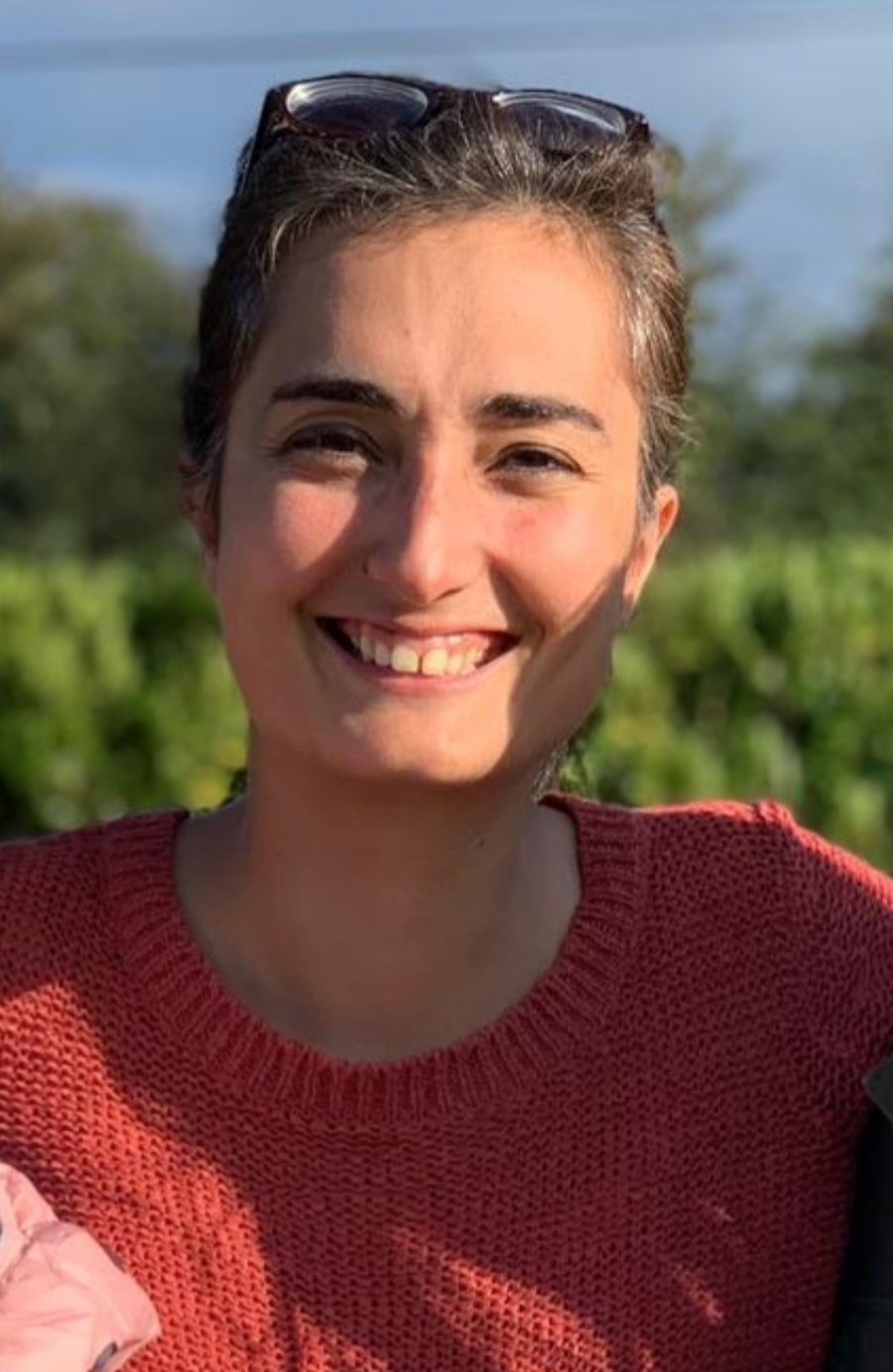 Dr Sarah Sabour Chadwick, who is a member of the Bahá’í faith community in Waterford.

A SMILE infinitely brighter than the skies overhead greets me as Dr Sarah Sabour-Chadwick welcomes me into her Kill St Lawrence home.

An optometrist, based at Nolke Opticians in nearby Ardkeen, Sarah first came to Waterford in 2010 to conduct a research project with Professor John Nolan of the Macular Pigment Research Group (MPRG).

Completing her doctorate in early 2013, Sarah and husband Kent spent three years in Maynooth and Dublin before returning to Waterford in mid-2017 where they’re now raising their children: Layli (7), Nura (4) and Zayn (2).

Sarah’s lineage is intriguingly divided between the ‘Cradle of Civilization’ and Ireland’s ‘Lake County’.

“My mother, Alaa is from Iraq – she’s ethnically Iranian and lives four doors away from us – she came to Ireland nearly 43 years ago but I grew up in Cavan, where my father Maurice is from,” she explained. “But culturally and ethnically, I’ve always been very connected to Iraq, which I have visited many times.”

Even more intriguingly, both of Sarah’s parents were members of the Bahá’í faith before they met each other.

“My mother was born into a Bahá’í family and my father became a Bahá’í a few years before he met my mum – and they met in the Bahá’í Community in Dublin. So I then grew up in a Bahá’í family. One of the key Bahá’í teachings is that you independently investigate things for yourself so you’re encouraged, well, obliged at 15 to make a decision for yourself (about the faith), when you’re considered to be mature enough to be able to make such a decision. So at that time, I chose to remain Bahá’í rather than pursue another path.”

Unlike the Judeo-Christian, Islamic and Hindu faiths, the Bahá’í Community does not have a consecrated house of collective worship, as Sarah explained. “For me anyway, the faith provides me with the tools to do something in society, it’s not just a practice of religious beliefs, certain rituals or dogmas. It’s actually about an approach to life which is seeking to unify humanity. So for me it’s like a social movement as well as being a religion. In terms of practices, there are certain things that we do. So those who are registered in this community as Bahá’í would meet every two or three weeks for a gathering known as a 19-Day Feast where we sit, pray and discuss community affairs. And then at an individual level there are elements such as prayer; there’s a period in the calendar where we fast, similar to Ramadan.”

But it is through community life that Sarah most strongly identifies with her faith. “There’s a focus on the life of society which I think is what makes it unique to me. Our community in Waterford currently numbers between 25 to 30, while over the whole island there’s about a thousand. Worldwide, there’s about six million. Given the size of our community, we meet in people’s homes but along with that, my Bahá’í life manifests itself here in this neighbourhood even though very few people are Bahá’í but we’re actually using Bahá’í teachings to try and recreate a pattern of life that’s sustainable for individuals in the community, regardless of what background they’re from.”

Sarah’s Iranian lineage has naturally led to many conversations with her mother about the ongoing civic unrest in Iran. This followed the death of Masha Amni (22), who died in custody having been detained by Iran’s ‘Morality Police’ for allegedly breaching rules on the wearing of the hijab.

As of November 17, the Human Rights Activists News Agency (HRANA) believe that 348 protestors have been killed and a further 15,900 arrested due to what Iranian authorities have described as foreign-backed rioting.

While women are bearing the brunt of the ruling power’s heavy hand, as has been the case in Iran since the 1979 Islamic Revolution, Iranian Bahá’ís have been arrested and seen their homes seized and, in some cases, demolished. Sarah detailed their ongoing plight.

“The Bahá’í Community originated in Iran (in 1844) and has been persecuted since then, albeit in different waves but it really took a step up from 1979 onwards once the Islamic government came into being. And since then, the persecution has gradually intensified. The Bahá’í Community is considered to be Iran’s largest religious minority and it’s well known throughout the country. There are over 300,000 Bahá’ís there (within a total population of 85 million). But it has been persistently labelled with false propaganda from the get-go, particularly in terms of its approach to life and its purpose, and it’s been misconstrued over decades. Now the Bahá’ís in Iran find themselves in the midst of many other problems in Iran, which have intensified in recent months but have been ever present for the past 43 years: the restrictions to human rights which most profoundly impact on women and religious minorities who aren’t recognised by the country’s rulers.”

Sarah continued: “It’s often been said that the treatment of the Bahá’í Community in Iran at any given moment is a litmus test into how the government in Tehran is treating its population in general. This goes through waves. Sometimes it settles due to international pressure, which is why we’re seeking opportunities in local, national and international media to shine a light on this issue. It’s in those moments that sometimes the pressure can be reduced and we can only hope for a lowering of pressure given the recent levels of death, arrest, destruction of property, the confiscation of land, people losing their jobs, the sort of stuff that it’s hard to imagine is ongoing in this day and age.

“My own mother was imprisoned in Iraq for four months in the 1970s; her sister and her father was in prison for nearly seven years so our family is very much connected with such persecution – simply because they were Bahá’ís. Such injustice has to be called out and it’s been discussed widely within our own community here in Waterford.”

Bringing people together and creating friendships, as Sarah put it to me in a subsequent WhatsApp message, is clearly something the residents of Kill St Lawrence are big on.

Just a matter of yards from her front door provides colourful, heart swelling evidence of the estate’s mission statement.

What would otherwise be a garish row of concrete blocks on the green has been transformed into a ‘flagstone’, featuring the flags of the 20 nationalities who now call this estate and Waterford home. Like Sarah herself, it evokes a sense of optimism, hope and togetherness.

“Since we’ve moved here, we’ve worked on two separate programmes with youths and children in the neighbourhood. The youth group, made up of 13 and 14-year-olds, took it upon themselves to beautify what had been a grey, dirty wall to paint all the flags of our neighbourhood as a means of celebrating our diversity. They also built a planter, which was a wonderful development. These programmes come from our Bahá’í approach to life, which is to work with communities and to try and create a pattern of life, a sense of unity, which celebrates everybody’s participation, regardless of their culture or background. It’s all about making positive connections and that’s something as Bahá’ís were enthused about and proud of.” 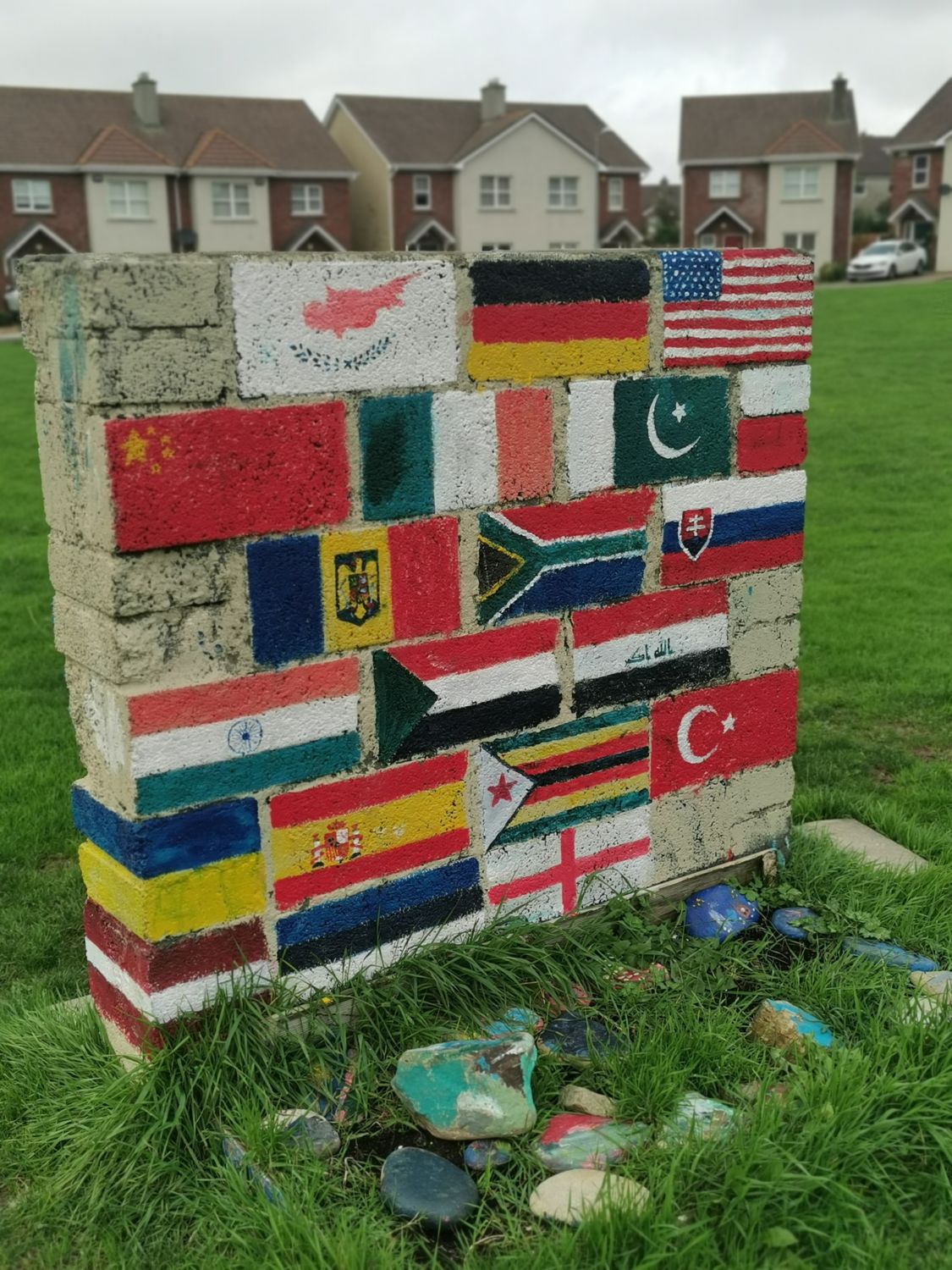