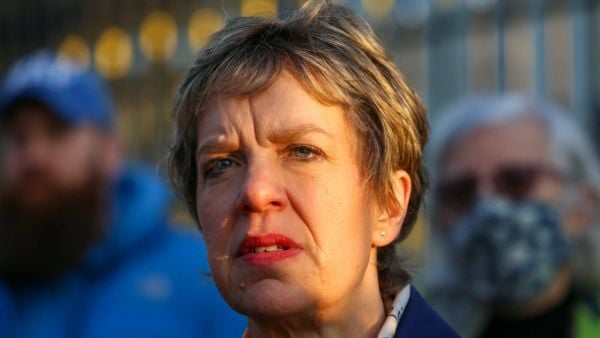 Landlords are using a legal loophole in legislation to evict tenants from rental properties in Dublin, two TDs have claimed.

Labour leader Ivana Bacik told the Dail that 35 families are under the threat of eviction in Kilmainham, and tenants in 20 apartments in Rathmines are also facing eviction despite the Government’s temporary eviction ban.

Ms Bacik said some of these people had called on the Taoiseach to intervene, adding that housing should not be a “commodity”.

She said these landlords were using “what can only be described as a legal loophole in Section 35A of the Residential Tenancies legislation to take these families and individuals homes away from them”, despite the Tyrelstown agreement ruling apparently banning or seeking to restrict mass evictions.

Ms Bacik said these landlords were using the loophole to claim “undue hardship” if proceeding to sell the property with tenants in situ.

“We need to secure a greater protection for renters in these situations,” she said.

“We need to ensure that undue hardship for those who are renting for families that are going to be put out of their homes as a result of these evictions that that is what’s prioritised in our laws, not the undue hardship provision for landlords. A home should not be a commodity.”

Taoiseach Micheál Martin said housing is the single most important issue facing the country, adding matter cannot be solved by any one department.

“Housing is the number one single most urgent social issue facing our country. Access to housing, in my view, is fundamental for security, or stability or health and progress as a nation, and there’s scarcely a family in the country untouched by the crisis,” Mr Martin said.

He told TDs that a whole range of protections have already been passed by the Government following legislation introduced by Minister for Housing Darragh O’Brien.

“We need to look at those with that specific issue you raised, and the two cases you raised, to see if anything further can be done to deal with what you’re describing as a loophole,” Mr Martin said.

“But in the framing of the Tyrelstown amendment, there has to be a balance to make sure we don’t get it wrong from a constitutional perspective. But that said, our objective and motivation is to protect tenants to the greatest degree possible.”

He added: “We will examine that to see if any further actions can be taken. Certainly…if that’s been exploited in a way that’s wrong, basically, we will have to deal with that.”

In October, the Government signed off on an eviction ban, which came into force last month and will last until April 1st, in a bid to give tenants better protections in the midst of the cost-of-living crisis.

People Before Profit TD Richard Boyd Barrett said the Government had failed to address the homeless crisis and that the tenants being threatened with eviction had done nothing wrong.

He said some of the families were in the Dáil public gallery.

“These are families who have done nothing wrong facing eviction by a landlord who’s made a massive rent roll of about €750,000 a year for all the years that they’ve been tenants, now facing eviction and the possibility of being put out on the street and they are scared. That’s why they’re here,” Mr Boyd Barrett said.

He added that he had brought some residents from St Helens Court, who he said had faced eviction for four years by two different vulture funds.

“The fear of stress the hardship that these people are suffering in the gallery is shocking,” he said.

Earlier, Tánaiste Leo Varadkar said “housing is an emergency” but argued that calling it such is not going to “build any houses”.

He said Mr O’Brien and his department were “seized upon” every day by the need to take action, but other departments need to “do their bit too”.

“Housing is an emergency. It is a crisis. It is a social disaster,” Mr Varadkar told reporters.

“But just calling it those things doesn’t build any houses.

“The role of us in Government is to make sure that the plans that we have are implemented and accelerated.”