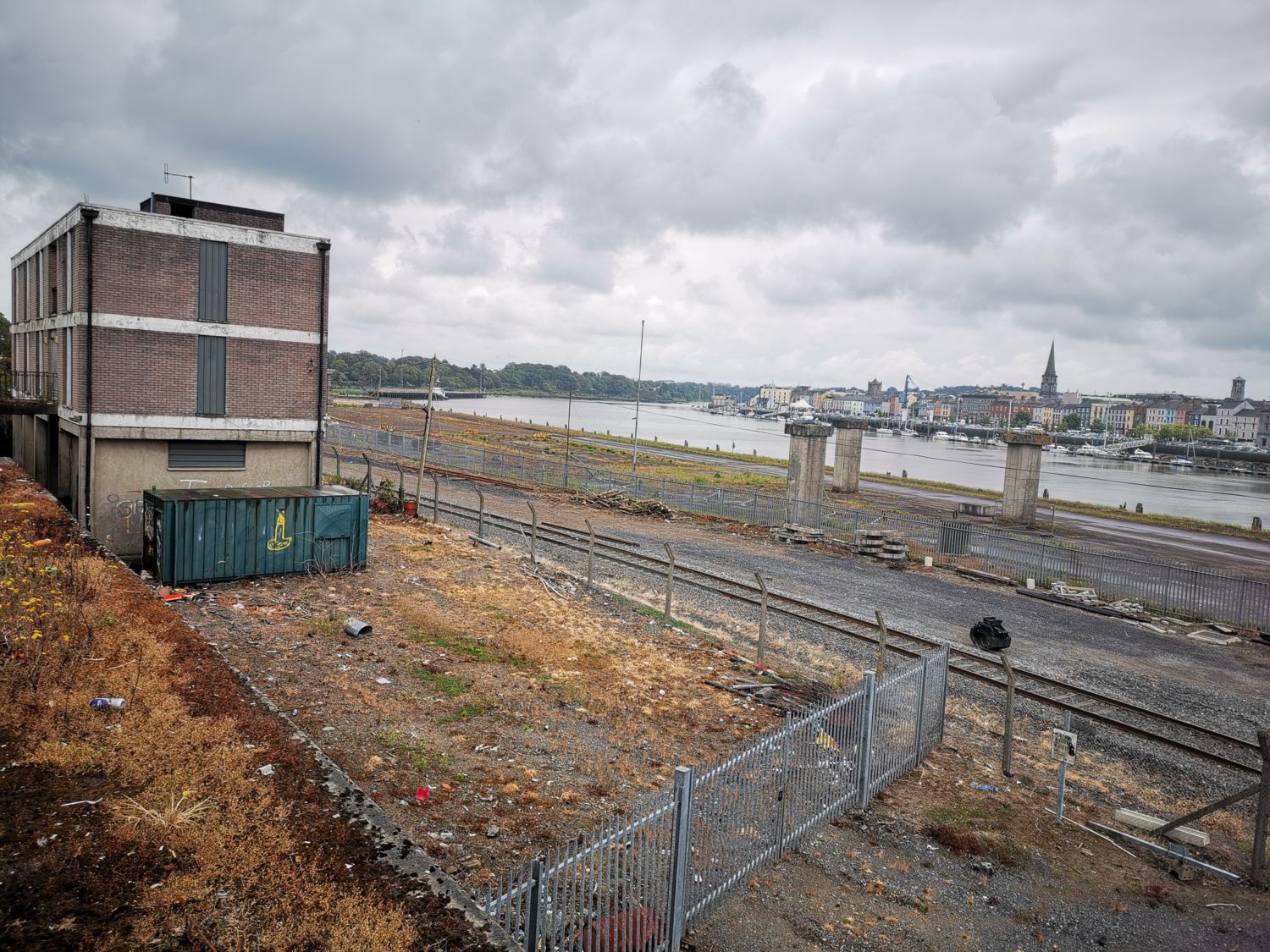 READING social media posts at the time of writing, the local pages were consumed in comment on proposals for an increase in local rates and charges. That’s a battle to be fought in council between the CEO and his councillors. It’s the same every year, although this year is different given the impact of energy costs and inflation of all kinds on the small business sector.

The council development agenda is fairly dramatic. Everyone buys into it until raising revenue comes into play. It will play out for better or worse but we should all remember that most things the council does are dependent on government investment, which requires some element of local matching funding, the Greenway being a case in point. The quality of the work being done in Bilberry, where the Greenway has been beautifully cantilevered out over the river and where beautiful stone walls have been built all along in front of the old foundry site, is a great achievement. Likewise, anyone who has taken the trouble to go to Mount Congreve recently to see the developing visitor attraction would have been astounded. It will be interesting anyway to see the extent of support from councillors for the CEO’s agenda.

‘Did the council’s original North Quay proposals to develop over 50,000 square metres of retail space create an unfortunate “wait and see” situation among national retailers?’

Anyone reading almost any social media site involving Waterford will have seen the enormous level of negative comment about the city from a section of people who supposedly live here. It is hard to imagine that an outside analysis by a professional independent group for the Irish Times decided that Waterford City is the “Best Place to Live in Ireland”! It is hard to imagine that a large multinational retailer like Decathlon can stick a pin in the Waterford map and say, “Yes, we want to locate there.” Or that The Reg Bar in Waterford was honoured last week at the Irish Pub Awards by being named as the Best Late Night Bar in Ireland for 2022.

Some social media comments give the impression that every town large and small south of the Dublin-Galway line, other than Waterford,  is busy night, noon and morning with thronged shops, pubs bursting at the seams and restaurants overflowing every hour of the day. Some in Waterford seem to expect that the city centre should be thronged to Hong Kong levels every minute and hour of the day and that anything else is a sign of failure. The contradiction between high population growth, strong housing demand, growing employment in industry, commerce and healthcare, massive traffic jams on routes through the city at peak times and the perception that the city centre is empty is quite amazing.

There is no doubt that the city centre has long had a retail and publicity deficit. Why, is beyond understanding. Waterford city had one of the biggest and earliest employment booms in Ireland with Waterford Crystal. That failed to inspire adequate high-end retailing as money found its way in tonnes to Cork. Maybe the growth of suburban shopping in Lisduggan, The Hypermarket and Ardkeen close to where people lived caused the problem? Others suggest that the huge number of people commuting to work in the city, over 40% of the workforce, and who fail to return here for shopping and leisure spending, are the heart of the problem. Anyone who watches Rice Bridge or the traffic emerging from the city bypass at Carriganore onto the Outer Ring Road in the morning rush hour must wonder what is going on.

That leads to the question as to why people who work here don’t return to shop and socialise here. Is it our fault? Are our retail and restaurant offers up to scratch? Have our retailers failed to invest?  Is there a better offer in other areas and, if so, in what way?

People say that we need large units to rent in the centre of town but when City Square provided them, they were not occupied. Were the proposed rents too high? Were the letting agents in Dublin really working their ass off to fill premises in Waterford?

Others suggest that the better off parts of the metro area, in Tramore and along the Dunmore Road, find access to the city centre too difficult, or the ambience and variety compared to Kildare Village, Mahon Point or Dundrum Centre less attractive? Is the corollary to this that less well-off areas, like the old inner-city parishes around Ballybricken, with Larchville, Lisduggan and Ballybeg, places which have been statistically described as less socially advantaged and with low disposable income, but with easy access or traditional bus routes into the centre, provide most of the shoppers in the city?

Answers to these questions are regularly vomited up in a poisonous, self-fulfilling ”the town is dead boi” narrative. “The council is thick. The planners are useless. The parking is expensive. The quay is terrible. Pedestrianisation is useless. Rents are too high and controlled by a small cartel of grasping property owners (completely unsupportive of small business) who demand extortionate rents and short leases. Everything is wrong.”

Traffic can be terrible at peak hours but that should not impact on evening pub and restaurant trade. The retail equation suggests that we need some critical shopping “names “ in the centre. How are they to be attracted? The Decathlon news suggests that outside business sees the possibilities here. Proposals for massive development at Butlerstown Retail Park underline that point. Did the council’s original North Quay proposals to develop over 50,000 square metres of retail space create an unfortunate “wait and see” situation among national retailers even while City Square was developing attractive new units in the historic centre? Was the attractiveness of the traditional city centre thus compromised even while employment and disposable income were growing strongly? Did the attendant failure to develop Michael Street/ New Street compound the failure?

The North Quays will now be developed in what may be a five or six year long process, with a much smaller 5,000 square metres of retail space. The historic city centre cannot just be allowed to linger with empty sites at Michael Street, New Street, Stephen Street, John’s Lane, Exchange Street, Rose Lane etc., while we wait. What must we do to change the narrative, what’s the plan?