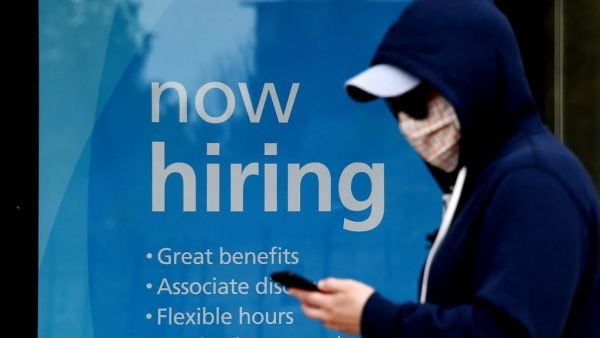 The total number of people in employment in Ireland has jumped to 2,554,300, new figures from the Central Statistics Office show, representing a 3.4 per cent growth in the labour force from this time last year.

The Quarter 3 Labour Force Survey also shows that the total hours worked per week has also risen — by 4.2 per cent, to 80.3 million hours.

The greatest increase in employment was among 45 to 54-year-olds, with 29,200 people in that age bracket added to that workforce in the past year.

The youth unemployment rate stands at 12 per cent, down marginally from last year’s figure of 12.1 per cent.

The total rate of unemployment is 4.5 per cent, or 119,100 people, remaining unchanged from the previous quarter.

In terms of job sectors, the Human Health & Social Work Activities saw the largest jump in employment, rising by 9.8% or 30,100 people.

The largest decrease in employment was in the Agriculture, Forestry & Fishing sector, down 12,400 or 11.6 per cent compared with Q3 2021.