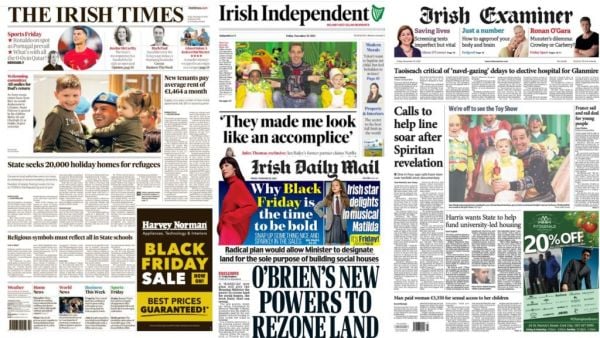 The front pages finish the working week with reports of vacant holiday homes being used for refugees, along with the latest on the Spiritans abuse claims.

The Irish Times says the Government is targeting 20,000 holiday homes under the latest drive to find accommodation for Ukraine war refugees. 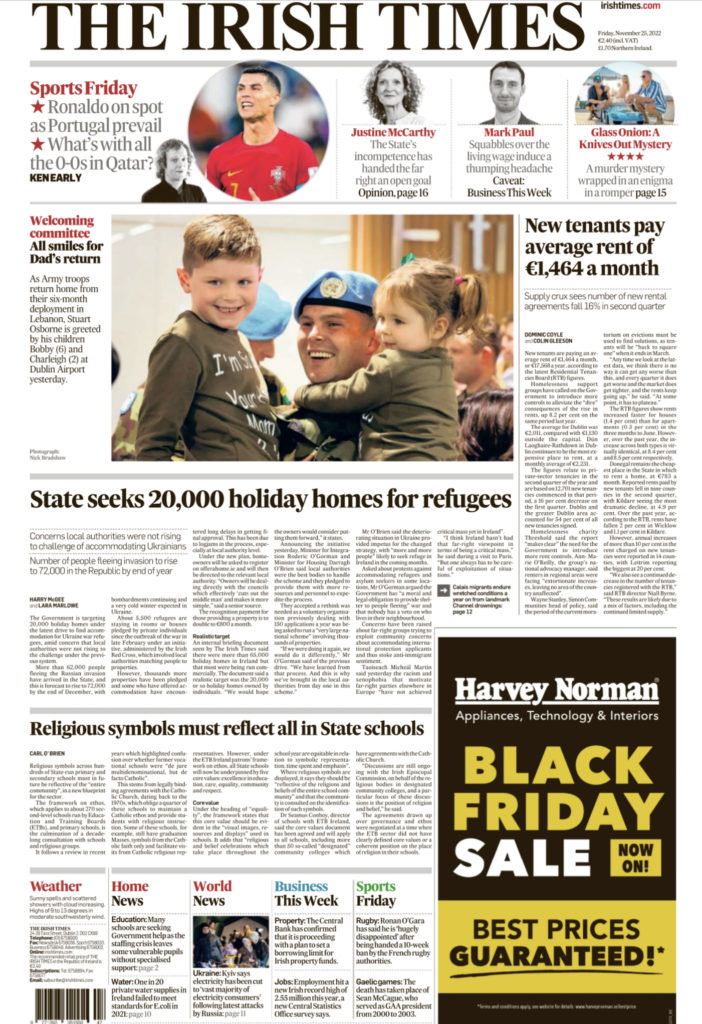 Gardaí have been contacted about 32 cases of abuse at Spiritan-run schools in the last three weeks, with a survivors’ group saying its contacts have multiplied more than tenfold, the Irish Examiner reports. 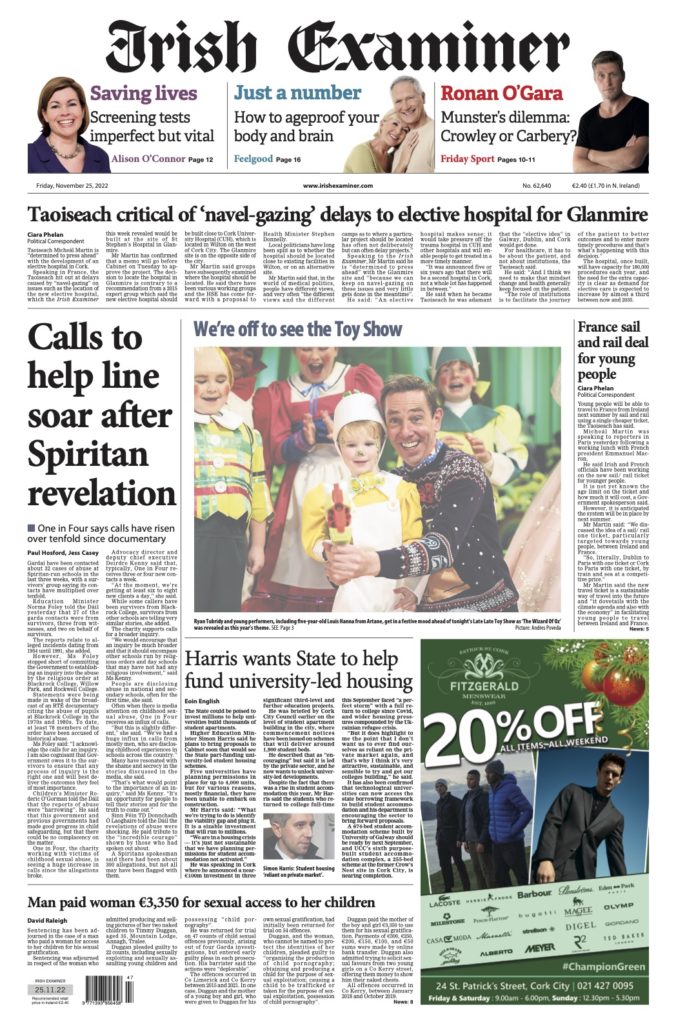 The Irish Independent publishes an interview with Jules Thomas, the ex-partner of Sophie Toscan du Plantier murder suspect Ian Bailey. The paper says she is set to allege in a defamation action that a major Netflix documentary series sought to portray her as an accomplice in the unsolved killing. 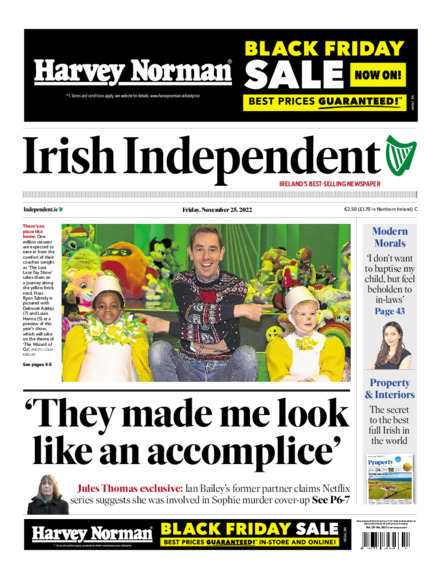 The Irish Daily Mail reports that the Minister for Housing will be given “radical” new powers to rezone land for social housing. 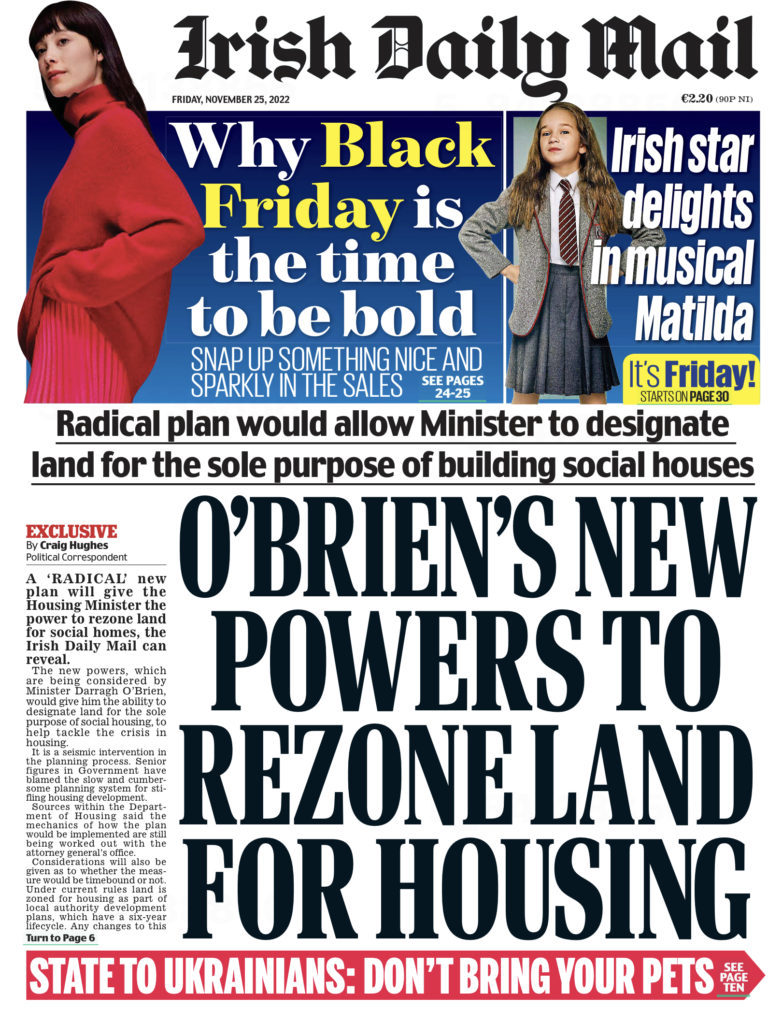 World Cup fever on “bunk-off Friday” and migration concerns are splashed across the British mastheads.

The British government is considering a crackdown on foreign students bringing dependents and studying “low-quality” degrees after net migration to the UK climbed to a record half a million, according to The Times and i.

British home secretary Suella Braverman is quoted by the Daily Express as saying the Tories “remain committed to reducing migration over time”.

New figures show the number of asylum applicants has reached more than 140,000, reports The Independent.

Meanwhile, The Guardian says Labour has called for an investigation following claims Conservative peer Michelle Mone may have benefited from Covid PPE contracts.

Former prime minister Boris Johnson and Liz Truss have challenged Rishi Sunak’s authority by demanding an end to the ban on onshore wind farms, according to The Daily Telegraph.

‘Johnson and Truss in planning rebellion’#TomorrowsPapersToday

The Daily Mirror calls the Royal Mail a “first class disgrace” for refusing to give staff a “decent” pay bump despite providing shareholders almost £2 billion ().

The Daily Mail reports GPs have voted to limit their hours to 9am to 5pm, which the paper says will make “it even harder to see” a doctor.

The Sun reports David Walliams will step down from being a judge on Britain’s Got Talent after being forced to apologise for swearing about some of the show’s contestants.

And Metro has England fans sinking 30 million pints watching the Three Lions take on the USA at the World Cup, with the Daily Star calling it “bunk-off Friday” in anticipation of staff leaving work early for the match.