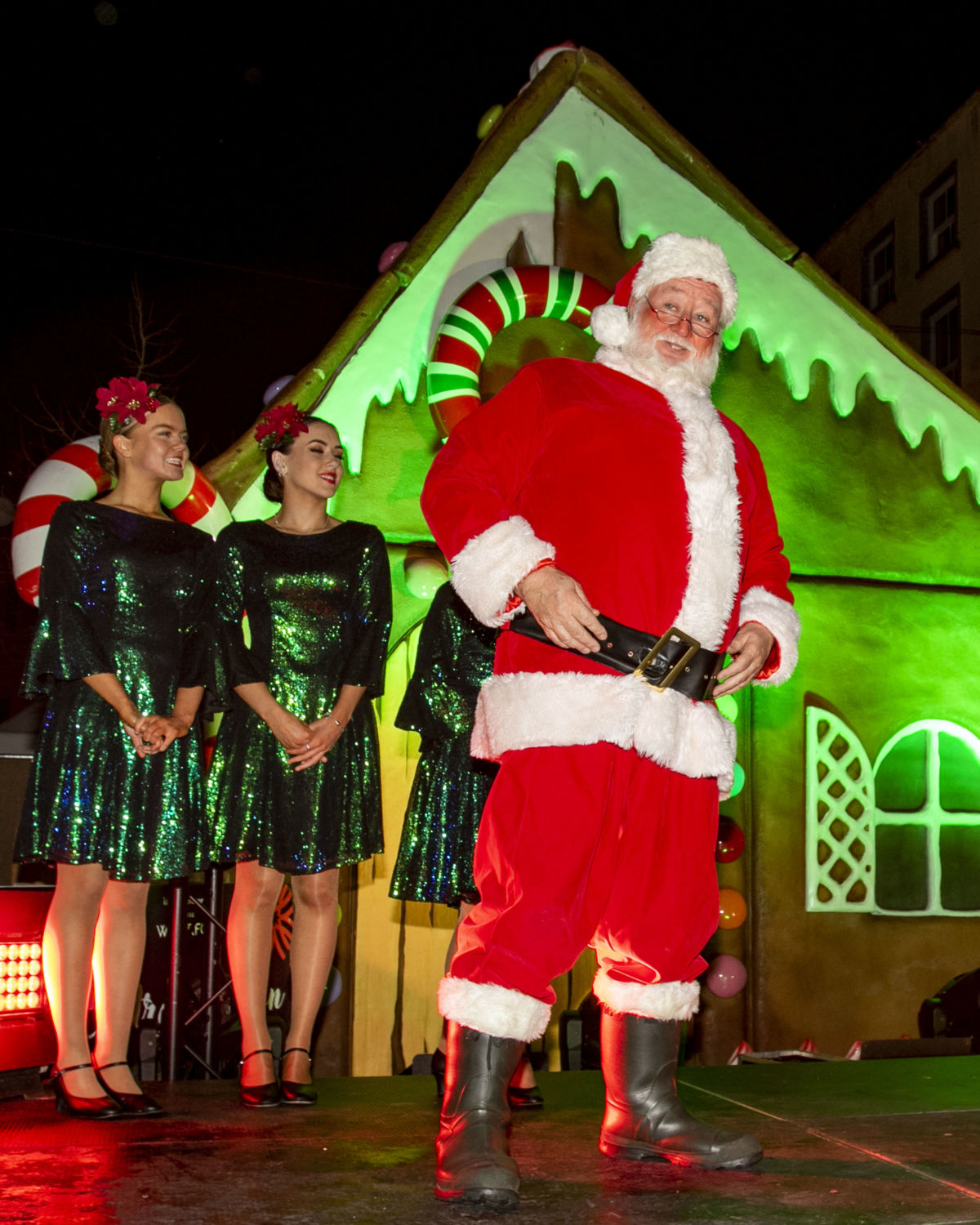 Santa Claus pictured at the Winterval Parade and switching on of the lights. Photo: Joe Evans

Friday evening last in the heart of Waterford was a very special place to be for the beginning of the 10th year of Winterval. Thousands lined the streets to cheer on the Christmas parade as it made its way from the Clock Tower to John Roberts Square.

There were drums, circus performers, dogs, and, of course, Santa himself. People jostled good-humouredly for position to see the magic, and children gazed in awe when Santa spoke. This year, John Grubb and Trevor Darmody took the reigns of Winterval and it was about so much more than bringing the organisation of the festival back to Waterford, it was about people. What was present in Waterford last Friday was, to put it simply, Christmas spirit without excessive commercialism and fan fair.

According to both of the organisers, some 600,000 visitors are expected between now and Christmas Eve but the prospect of such large figures didn’t stop Mayor of Waterford, Cllr. John O’Leary from jumping on stage with Santa and singing to the delighted crowds. That’s what Waterford has always had in abundance, a strong sense of Christmas spirit, and bringing the festival back to its roots has made all the difference this year.

Making a welcome return to George’s Street and beyond are the wooden vendor huts selling locally made crafts, gifts, and the air was rich on Friday with the aroma of hot chocolate and mulled wine. Children queued excitedly for hot dogs and for a spin on the carousel, clad in mittens and warm hats with plumes of breath in the frosty air. It was like something from a film, with not a sight of any garish commercialism.

Acknowledging the efforts to keep Christmas local this year, Waterford businesses have come out in full force to support and to promote the message that the festive season has come to the Déise. This is something, which we also experienced when compiling the ‘Festive Star’ Waterford Christmas Annual this year. Local artist, Lisa Keane was on board again to hand paint our beautiful front cover, which featured the Helter Skelter, part of the iconic streetscape of the Winterval vintage fairground. When Waterford businesses support one another like this, it sends a strong message that Waterford will thrive when we work together, as opposed to moving forwards with a commercial angle of working in competition with one another.

The reality is that this Christmas, with the cost of living higher than it has ever been, and the promise of terrifying energy bills, most families cannot afford to book or to travel to destination Christmas experiences. Winterval has levelled the playing field for families and a significant volume of Winterval attractions are completely free. Children can see the Illuminates show, or walk through the magic of the Glow event in New Street Gardens without worrying about the cost, or realising they have to say no when children ask. This is only possible due to the sponsorship from local businesses and from Waterford City & County Council, and something which shouldn’t be downplayed.

We are doing something really good here in Waterford, something which is putting Waterford on the map not only for showing good business sense, but it highlights how greed and financial gain should never be associated with Christmas. Waterford is bringing the Christmas season back, in the most traditional sense, and this time, it is all about families.