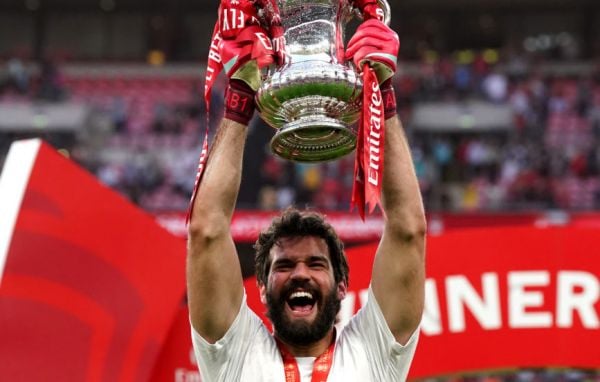 Chelsea face the sternest of tests if they are to reach a fourth straight FA Cup final after being drawn away to Premier League rivals Manchester City in the third round.

Graham Potter’s men, who headed into the World Cup break sitting eighth in the table, will head for the Etihad Stadium as the big guns enter the competition over the weekend of January 6-9.

The Blues have made it to Wembley in each of the last three years, but have ultimately gone down to Arsenal, Leicester and Liverpool respectively.

Jurgen Klopp’s side, who beat Chelsea on penalties last season to lift the trophy for the eighth time, will also launch their defence against top-flight opposition when they welcome struggling Wolves to Anfield.

National League Boreham Wood’s reward for their 2-0 second round win at League One Bristol Rovers was a home tie against League One Accrington, while fifth tier leaders Wrexham make the trip to Sky Bet Championship Coventry and Chesterfield face West Brom at the Technique Stadium.

#Daggers or @TheGillsFC have been drawn at home against Premier League side, @LCFC in the Third Round of the @EmiratesFACup #COYD⚔️ | @ChigwellGroup pic.twitter.com/Rge3VQmsao

Counterparts Dagenham & Redbridge will entertain Premier League Leicester if they can beat League Two Gillingham in a second round replay, and fourth-tier Stevenage have landed a day out at top-flight Aston Villa.

Nottingham Forest and Fulham both face second tier opposition on the road in the shape of Blackpool and Hull respectively.

The draw threw up six all-Championship ties between Preston and Huddersfield, Norwich and Blackburn, Luton and Wigan, Bristol City and Swansea, Millwall and Sheffield United and Reading and Watford.