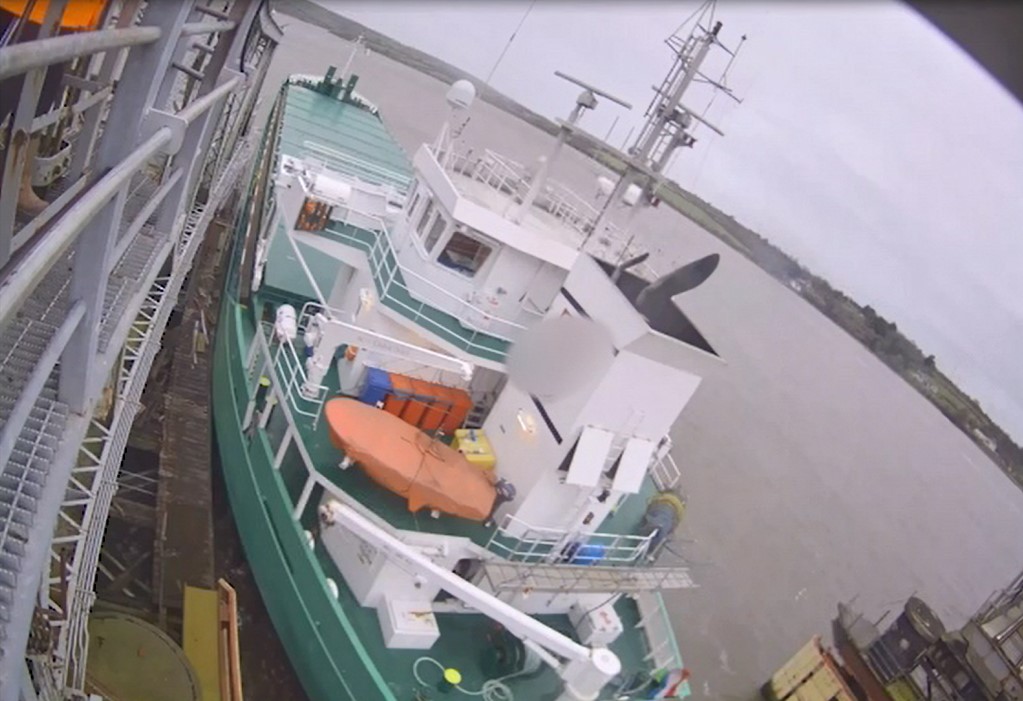 A screengrab of the vessel which collided with Pier 3 of the Barrow Bridge on February 26.

A major repair project on the Barrow Bridge, which could cost between €5 million and €10 million, will require its navigation span to be pinned open until the required works are completed.

This follows the collision of a vessel with the protective fender/dolphin structure on the bridge’s third pier on February 26 last.

In a statement to the Waterford News & Star, an IÉ spokesperson said the span will need to be held open for marine traffic as there’s an increased risk of it becoming inoperable, thus preventing vessels from traversing through it.

The bridge’s ability to open as normal has been “compromised due to the damage,” he said. “There is a therefore a consequential and real risk that in the course of movements of the swing span, the span could move and strike a passing vessel.”

Iarnród Éireann is currently engaged with the vessel’s insurers in order to fund these essential repairs and intends to fix the bridge open before the end of December. Repair works will commence upon the receipt of funds from the insurers.

The IÉ spokesperson stated: “Our priority is to ensure safety at Barrow Bridge, and that is what we will immediately do by temporarily pinning the navigation span open. We will then undertake the detailed design, secure approvals, and undertake works to repair the damage and improve mechanisms to operate the bridge to restore its normal operation.”

The future of the bridge and rail line has been the subject of much speculation ever since passenger rail services on the route between Waterford and Rosslare were withdrawn in April 2010.

As the IÉ spokesperson commented: “We know there is great interest in the future use of Barrow Bridge, in the context of the All-Island Strategic Rail Review being undertaken by the Departments of Transport in Ireland, and Infrastructure in Northern Ireland. Regardless of any decision taken as part of this review, these works are essential to allow continued safe access for shipping navigating the bridge.”

The absence of a sitting Northern Ireland Assembly is believed to be holding up the review’s publication, with speculation about the Rosslare line intensifying.

Reacting to the development, Green Party TD Marc Ó Cathasaigh stressed the significance of the Barrow Bridge in terms of inter-regional connectivity.

“It’s a vital piece of infrastructure,” he said. “And when you bear in mind the Foynes (Port) freight connection to Limerick is going to re-open (in 2025 following a two phase project), the potential re-opening of the Rosslare line would form part of a wider transport solution.”

He added: “After all, by doing that you’d be linking two cities in Waterford and Limerick and three ports in Rosslare, Belview and Foynes by rail. Our problem, up to now, I feel, is that we’ve often thought about this line in purely Waterford to Rosslare terms but really what we need to  consider is Foynes to Rosslare. That whole piece of infrastructure can provide a counterbalance to what has been a very Dublin-centric development.

“Without pre-empting the findings of the review in any way, Waterford to Rosslare is, of course, an important consideration but there’s a bigger picture at play that we need to remain mindful of, which also takes freight into account. The prospect of developing freight connections from both Rosslare and Belview to Foynes given the huge wind energy hub that’s going to be developed at Rosslare along with the deep water offshore wind development in the Shannon Estuary in the long term underlines, for me, what needs to be done when it comes to the Rosslare line. The most fragile piece of infrastructure on the whole line is the Barrow Bridge and that’s what makes a multi-million Euro investment like this so welcome.” 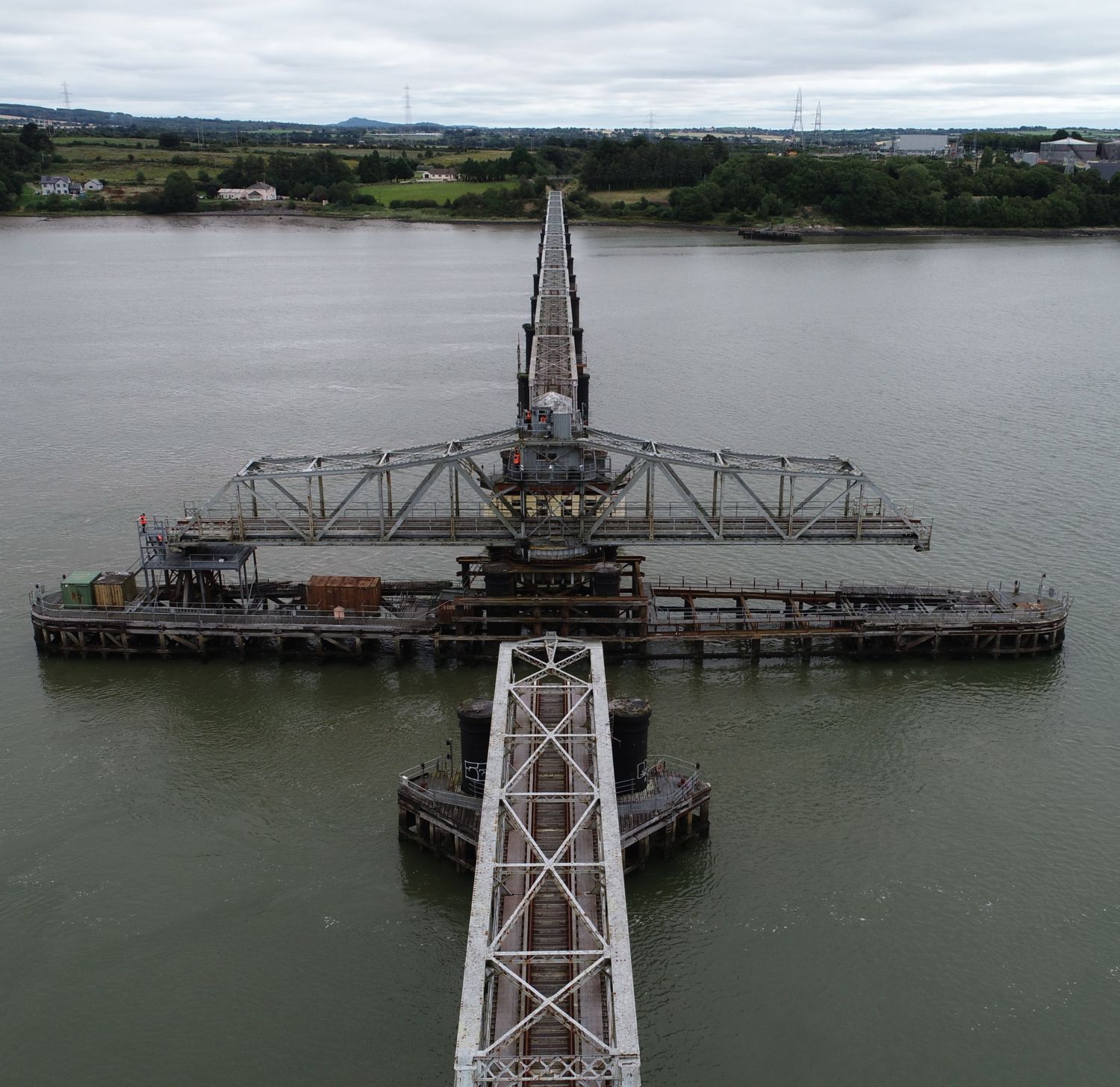 Opened in 1906, the Barrow Bridge has been closed to passenger rail traffic since April 2010.