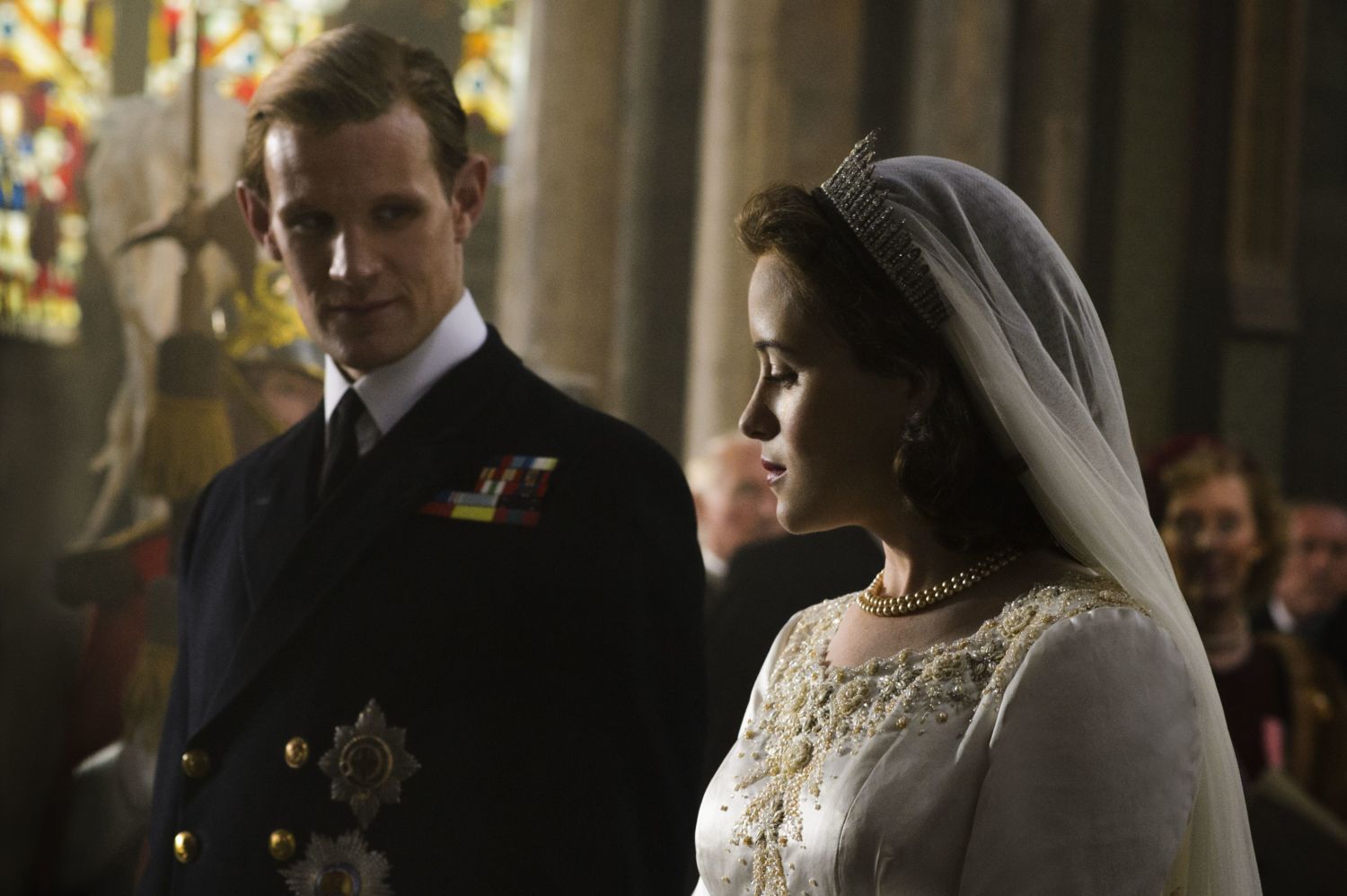 I LOVE a good story. An intriguing opening, great characters, a setting you can only dream of, plenty of twists and turns, and above all a happy ending. So when I’m looking for something to get stuck into on a grim November evening, give me a story every time.

Besides curling up with a good book (and I think you know one, just published, that provides the solace of reading!), I love a TV series or a box set. The world of news right now is disturbing no matter where we look. So I’m on the lookout for distraction and entertainment and judging by the chats I have with most people we are all quite gloomy about the world and could do with cheering up.

This kind of upbeat, light, engaging TV is hard to find. Comedies have become darker, American series are full of guns and violence, dramas are either apocalyptic or involve gruesome murders.

The endless seasons of the Crown promise to be a plot filled story with jewels and the swish of a fancy ball gown. A fairy tale of royal princes and princesses, set in a huge palace, with tons of dosh thrown in. In spite of all the antipathy I have towards the very existence of a royal family anywhere, memories of nursery rhymes about the Pussy-cats going to London to visit the Queen, or a beautiful Princess unable to sleep with a hard pea under her tower of mattresses, are engrained. Is this why so many women I know lap up everything about the British Royal Family?

While I am known to moan about the wall to wall coverage and the endless details of who did what to whom, I still annoyingly know far too much about it all! The British Royal Family are somehow still very much a part of Irish celebrity culture.

Where were you when Charles and Diana’s wedding took place as an example? While many of you weren’t even born, I was in a pub in downtown Kill, County Waterford, where the landlord turned on BBC so my mother-in-law, visiting from Dublin, could see the whole thing. We had no TV in those days and although I think he was reluctant, there was no one else in there at that hour of the day and she was delighted to witness it all.

My feelings about the Crown are complicated by just about every historical event and relationship between us and Britain. I have the odd rant about how horrendous it must be to live as ‘subjects’ and to have to literally bow and kneel in front of the royals. How they seem to be a dysfunctional family just like any other, and that I couldn’t care less about who is next in line to the stupid throne.

It turns out that this series of the Crown (Netflix) is very hard to enjoy. It’s a story of power, corruption, class and misogyny. Diana, the woman at the centre of it, is a mere victim of circumstances way beyond her control. Without support, she flounders and staggers through her marriage into ‘the Firm’ as she called the Royal Family. In this portrayal, she is often bordering on total breakdown.

Without a doubt she is the character with a target on her back.

Unlike the Handmaid’s Tale, which I am also following, there is never going to be a happy ending to the Crown. Well how could there be? It’s not a fantasy, it’s neither a documentary nor a fiction and we all know how it’s going to end. So even from the point of view of twists and turns in the plot, well there are none. We know the outcome for Diana and now the Queen is dead too.

A fairy tale it ain’t. Rapunzel trapped in a tower, or the Sleeping Beauty waiting for her Prince to come, are not a million miles away from the entrapment of many of the players. Prince Charming still hasn’t made an entrance, or are the younger generation shaping up to be the princes of childhood fairy tales? But the whole lot of them have me exhausted and bored so I’m drawing a line and certainly won’t be waiting with bated breath for that to happen.

On a dark November evening, the Crown and the Handmaid’s Tale, about enslaving women to upgrade the gene pool, are far too grim for this world of bad news we are living in. So I’m browsing the comedy sections and popping on another series of Seinfeld tonight.

That’s more like it, hilarious and pointless scenarios played out in a tiny NYC apartment. Vintage silly comedy with plenty of laughs and not a prince in sight. And now I have Bad Sisters to look forward to as well!