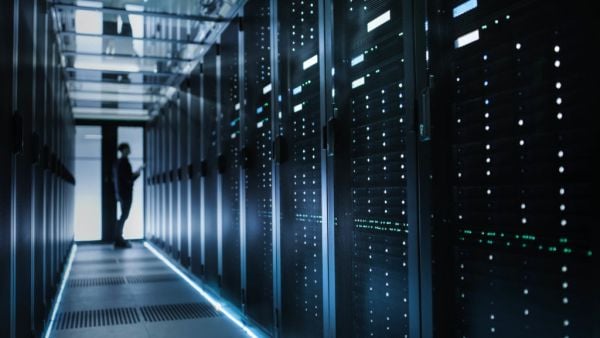 A father and daughter have claimed before the High Court that An Bord Pleanála’s decision to allow a data centre to be built near their Co Meath home has breached several Constitutional rights, including their right to a healthy environment.

Those claims, which are denied by the State, and the board, forms part of an action that raises important points of domestic and EU law, that has been brought by Mannix Coyne and his daughter Amy Coyne.

They live at Bracetown, Clonee, Co Meath, close to the 24.5-hectare site where permission has been given to allow EngineNode Ltd to build a data centre.

If constructed it is claimed that the centre will require of 180 megawatts of electricity per year and will generate an estimated 1 per cent of Ireland’s total annual carbon dioxide emissions.

In proceedings before Mr Justice David Holland, the Coynes claim that the planning authority’s’ decision in early July 2021 granting planning permission for the centre is flawed, invalid and should be set aside.

They claim that the decision to grant permission will make a significant contribution to the current climate crisis and that there was a failure by the board to assess the environmental consequences of carbon dioxide emissions that will be produced by the proposed development.

In a second set of related proceedings, which are also before the court, the Coynes also want the board’s decision to allow a substation and grid connection works, associated with the proposed data centre, at Bracetown and Gunnock which are north of Clonee quashed.

Among the core grounds of their proceedings the Coynes claim that the board’s decision infringes their Constitutional Rights and rights under the European Convention on Human Rights to bodily integrity, life and a right to a healthy environment.

The Board and Ireland and the Attorney General, are respondents to the proceedings.

They reject all of the Coyne’s claims and in a statement of opposition and submissions to the court have argued that a right to a healthy environment has not been recognised as existing under either the Constitution or the ECHR.

Represented by James Devlin SC, Jon Kenny Bl, instructed by solicitor Gabriel Toolan, the Coynes also claim that the decisions do not comply with planning regulations, the 2000 Planning and Development Act and the EU Directive on Environmental Impact Assessments and Habitats.

No regard was given by the board to the 2015 Climate Action and Low Carbon Development Act, it is also alleged. They also claim they will suffer major loss of amenity, privacy as well serious disturbance to the equine business they operate from their home, Clonee, if the centre and the associated works are carried out.

Those claims are also rejected by the respondents.

EngineNode Ltd, which also opposes the challenges is a notice party to the proceedings.

The hearing continues and is expected to last for several days.