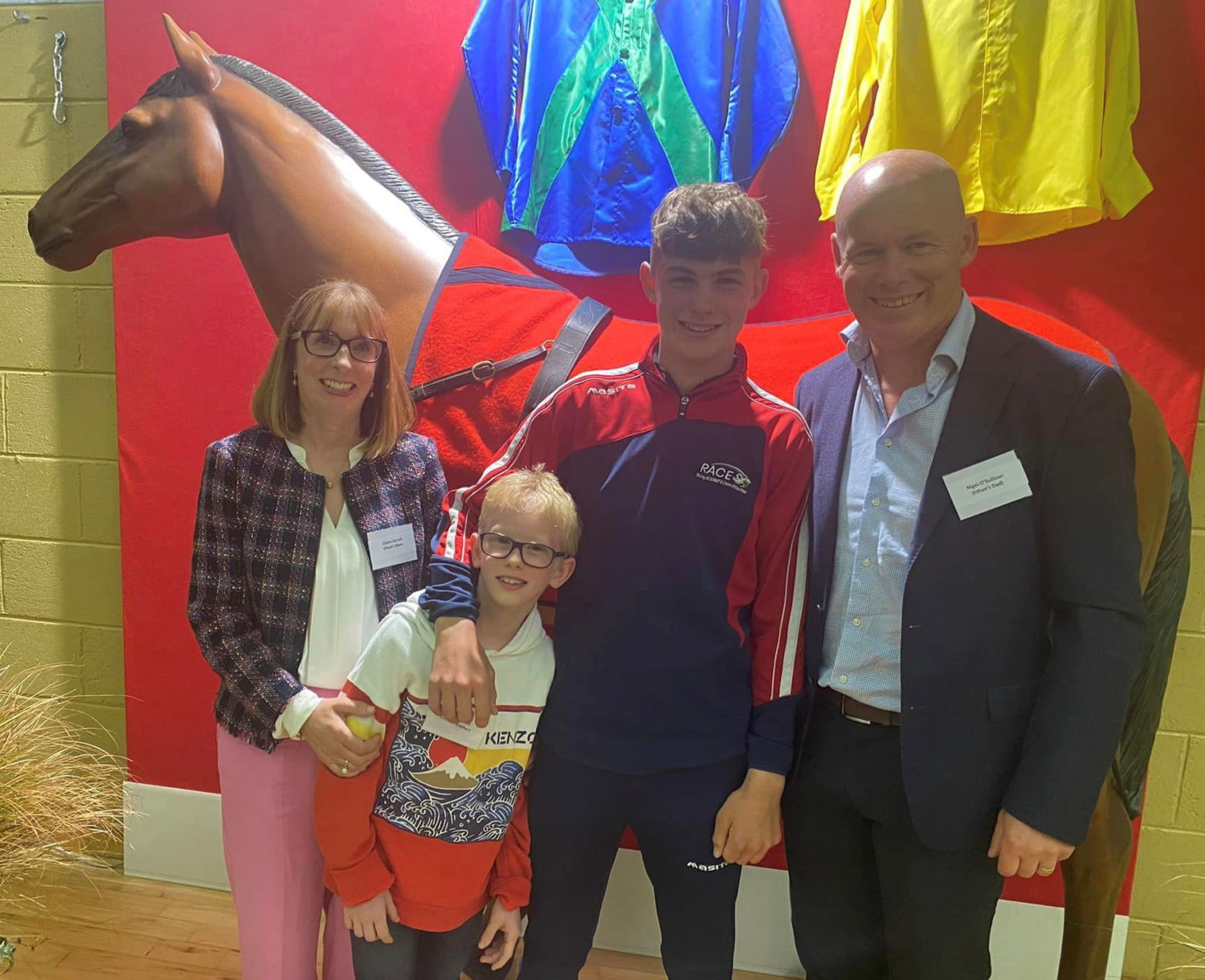 Ethan O’Sullivan with his parents Elaine and Nigel, and his brother after he qualified from the Kildare RACE Academy.

The 6.30pm Story Of Dundalk Stadium Book Buy Online Apprentice Handicap this evening at Dundalk racecourse wouldn’t seem anything out of the ordinary for the normal person, but for one local Waterford jockey, it will be a special moment.
17-year-old Tramore native Ethan O’Sullivan will get the leg up on the Peter Fahey trained Qaabil for his first ride on a racetrack after qualifying at the Kildare RACE Academy after competing on the pony racing circuit for the last number of years.
Ethan started riding out at the Robert Widger yard at the age of ten, and the son of Elaine and Nigel, will don the colours of the G&B Partnership six-year-old gelding, who will be looking for its second win at the Louth track.
After rising through the ranks of the pony circle where he rode his first winner on We’ll Be Back for the Team Browne Stable at the Ramelton meeting in County Donegal back in May, he qualified from the school to join Peter Fahey’s stable last weekend.
His ride on Qaabil will be a great starting point for the young rider, who was good friends with the late Jack de Bromhead, and the 10/1 shot in the market at the time of print wouldn’t be without an each-way chance in a step up in trip.
A good winner of a mile at Gowran Park where he was backed into 4/1 favourite under Dylan Browne McMonagle, he will relish the step back down in trip, and he is sure to give O’Sullivan a decent spin in his first apprentice race. We wish him well. 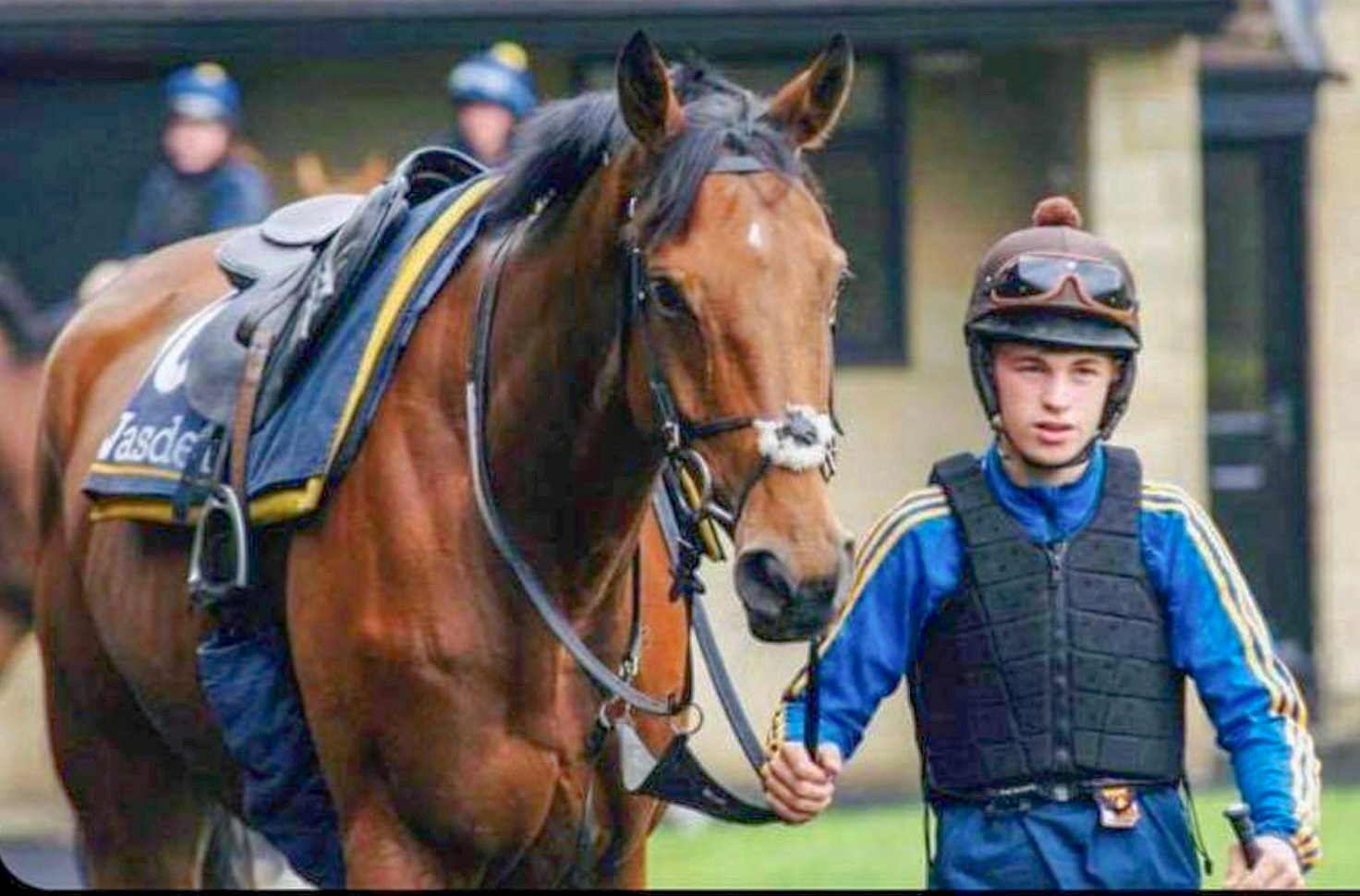