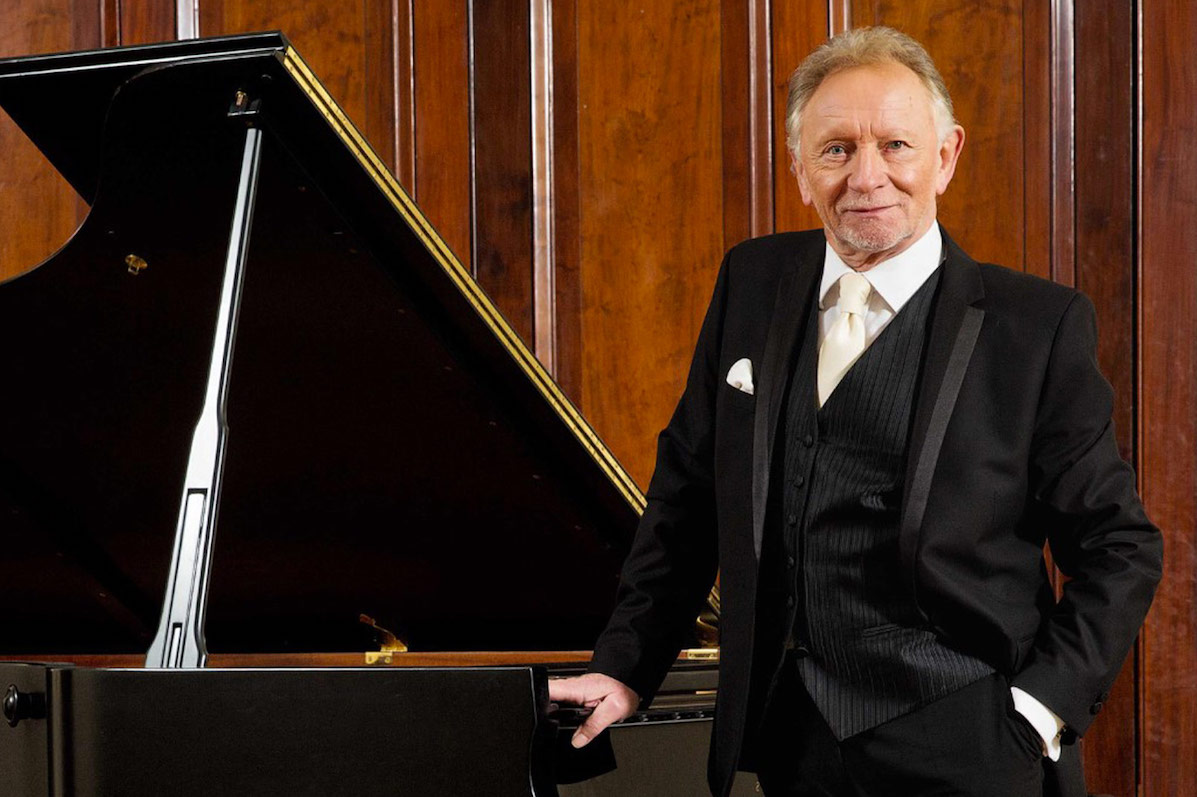 PHIL Coulter has been in the entertainment business since the early sixties. On Friday night last, he entertained a full house at the Mall in a slick, professional two and a half hour show that intersperses song with chat, humour and piano solos. In his own relaxed style, Coulter charts his own journey from humble beginnings in a two-up-two-down in Derry, to accomplished song-smith with a string of number one hits. Coulter understands music and singers and where he fits into the whole Tin Pan Alley scene. And that’s one of the problems for Phil. Very often in Ireland, heroic failure somehow always seems more acceptable than the acclaimed journey of a highly-talented singer/songwriter, who works hard at his craft and succeeds. Coulter won Eurovision, he reminded us, when it was a SONG contest and when real popstars queued up to participate and when everyone regarded the event with awe.

So often in Ireland, we are treated to D-List rock celebs who drone on about the glory days they supposedly enjoyed. It was a joy to hear a real pro talk about songwriting, film-scoring, producing, editing and about the sometimes accidental nature of composing hit-singles. Coulter has all the t-shirts and is more than happy to acknowledge the difficulty of breaking into the business.

Having graduated from Queen’s with a degree in music, Phil went to London and started knocking on doors to gain entry to the world of songwriting. Never afraid to laugh at himself coming from a Derry where a sectarian-generated male unemployment rate was high, his mother was horrified at her feckless son who wouldn’t settle down and get a proper job.

“She was worn out saying novenas and rosaries for her misguided son.” And that’s part of his charm – he’s never afraid to laugh at himself. However, while she was won over, she always retained a sense of foreboding that, as his father said, “it would all end in tears.” There were no tears when the shoeless Sandie Shaw won Eurovision with Coulter’s ‘Puppet on a String’ in 1967. A year later Cliff Richards belted out ‘Congratulations’ in London before it is widely believed that all kinds of shenanigans went on with the voting on the night courtesy of General Franco. “You can join in if you wish,” said Phil to the audience. “Try stopping them,” I thought.

Phil recalled songs he had written for Irish singers such as Butch Moore, Joe Dolan, Paddy Reilly, Billy Connolly, Luke Kelly and the Dubliners and Finbarr Furey and his brothers. My own favourite Phil Coulter number is a very moving piece on his Down Syndrome boy in ‘Scorn Not His Simplicity’. It’s a song  that captures all the hurt, anxiety, bewilderment and despair of a parent seeking answers that cannot be given. The song takes on the form of a prayer with the very poignant Bach-Gounod Ave Maria accompaniment opening and closing the tune.

Phil Coulter never talks down to, or patronises, his audience – speaking warmly of Waterford, the beautiful Theatre Royal and how good it is to be back here on the Mall for the start of his tour. At times he is like the chorus-master at the piano who encourages all those people at the back to sing out and join in. When he asked questions, his audience answers; when he comments, they murmur in acknowledging a man they feel is one of them.

It’s just a lovely evening enjoyed by a packed house that stands to acknowledge a special concert.