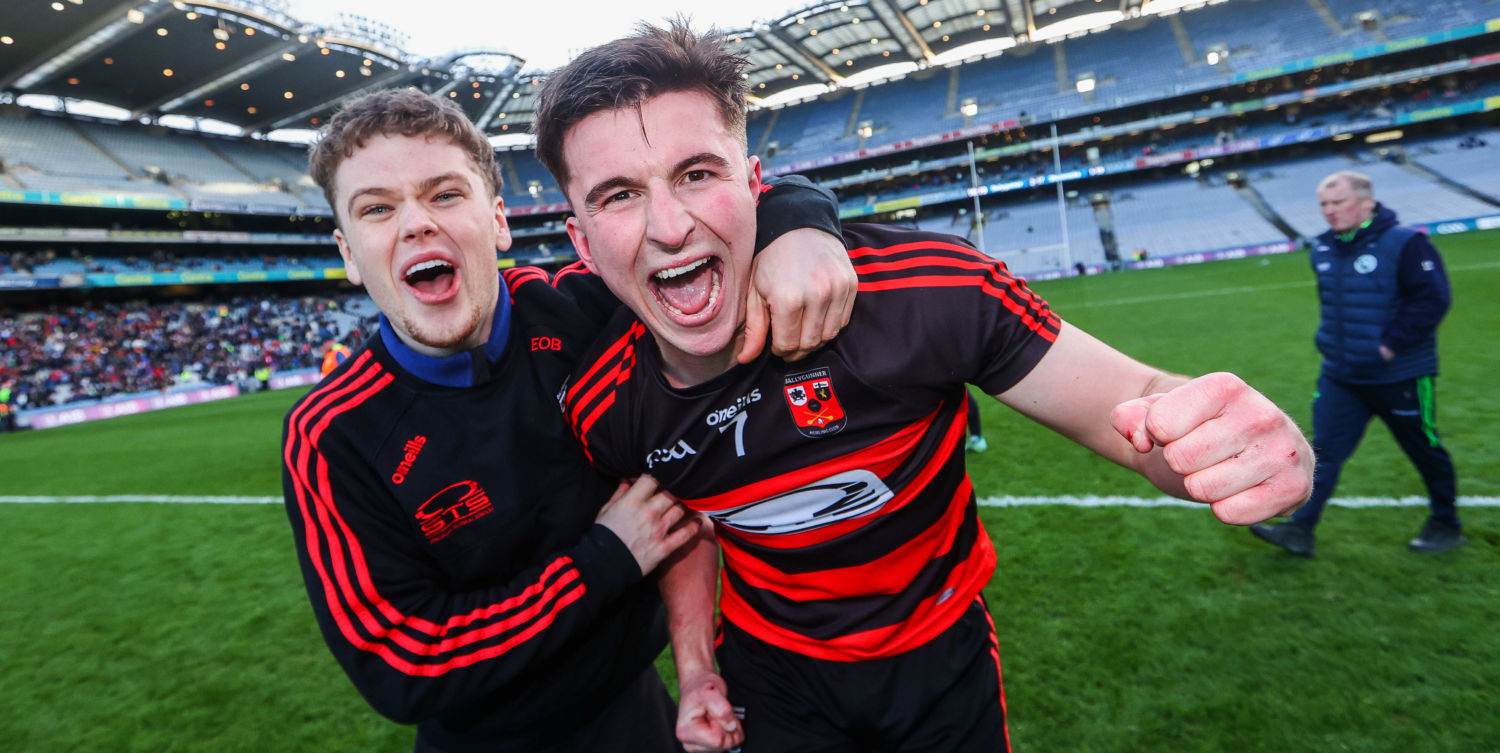 Senior stars, Ronan Power (pictured above) and Patrick Fitzgerald are both available to the Ballygunner U-20s for their Eastern semi-final against Mount Sion. Photo: Inpho.

Just in time for Christmas the U-20 A championship will get under way this coming weekend with all four teams contesting the Eastern semi-finals. One has to wonder just when it will dawn on the powers that be that these championships are a very important grade and deserve better than to be shoved in as an afterthought at the end of every season.
That much said the first of the semi-finals takes place on Friday night with Ballygunner and Mount Sion heading out of the city to play under the lights in St. Mollerans, Carrickbeg with a 7.45 start up time. Ballygunner will be strong favourites here, fielding players from their previous three minor championship winning sides. With their All Ireland semi-final against Ballyhale coming up on Saturday week Ballygunner may be tempted to leave senior stars Ronan Power and Patrick Fitzgerald out of their starting line up for a game they will be odds on favourites to win. Apart from the two players named they have a very strong panel that includes players like, Mark Kilgannon, Cian Troy, Cormac Cantwell, Eoin O’Brien, Aaron O’Neill and Conor Berry to name but a few who have come through the county underage system. They did suffer a blow recently with an long term injury to Jake Foley.
They face a young Mount Sion team that has made little impact on the minor scene in recent years and has but one member of their senior team on board in Jamie Gleeson. They will be looking for a strong performance from Junior players such as Sean Doocey, Ben Frisby, Hugh Flanagan, Scott Ryan and minors Dylan Ryan and Lee Flanagan to step up to the plate and put it up to the favourites.
On Sunday we have a very interesting game between Roanmore and De La Salle in Walsh Park at 11 am. Roanmore, with a good spread of senior players such as Rory Furlong, Ethan Flynn, Sean Burke and Lee Hearne will start favourites here against a young De La Salle side that will be led by Rueben O’Halloran and contain a number of their minor stars of this year in Jack Twomey, Daniel Lawlor, Rory Wymberry and Conor Keane. This could be a close game but Roanmore must be fancied to make it to the final.
Also on Sunday, in Dunhill at 1 pm. we have the semi-final of the U-20 B championship between Portlaw/Ballyduff and Passage. The winners of this game will go on to play Clonea in the decider, most likely the following weekend after Clonea decisively beat St. Mollerans on a score of 5-11 to 0-13 last weekend. Portlaw/Ballyduff scored a good 2-9 to 2-3 win over Tramore to set up this game with Passage and will be looking to build on that momentum here. In Passage they face a strong side led by county senior player Mark Fitzgerald so we can expect a very close game here.

U-20 C HURLING
In the Whites Bar U-20 C final played in Cleaboy on Sunday morning last Ballygunner’s B side scored their expected easy win over Erins Own on a score of 2-20 to 0-7. While acknowledging the fact that it was Ballygunner’s B side taking part here there can be no question but that having call on players from their previous three minor winning sides they should at least have been entered into the B championship where it might have been more competitive. Erins Own were never going to have a chance playing a thirteen a side final for weaker clubs against a team containing minor A championship winners.
U-20 C County Final in Fraher Field Sunday next 12 noon. Ballygunner B V Cois Bhride
It will be an interesting U-20 C final in Fraher Field on Sunday with Cois Bhride providing the opposition for Ballygunner. Cois Bhride’s empatic win over a Balfancied Ballyduff Upper side last weekend raised suggestions that the Tallow/Shamrocks alliance should have been in the B or even A grade of the championship. That being the case we could have a much closer game here than was originally anticipated.