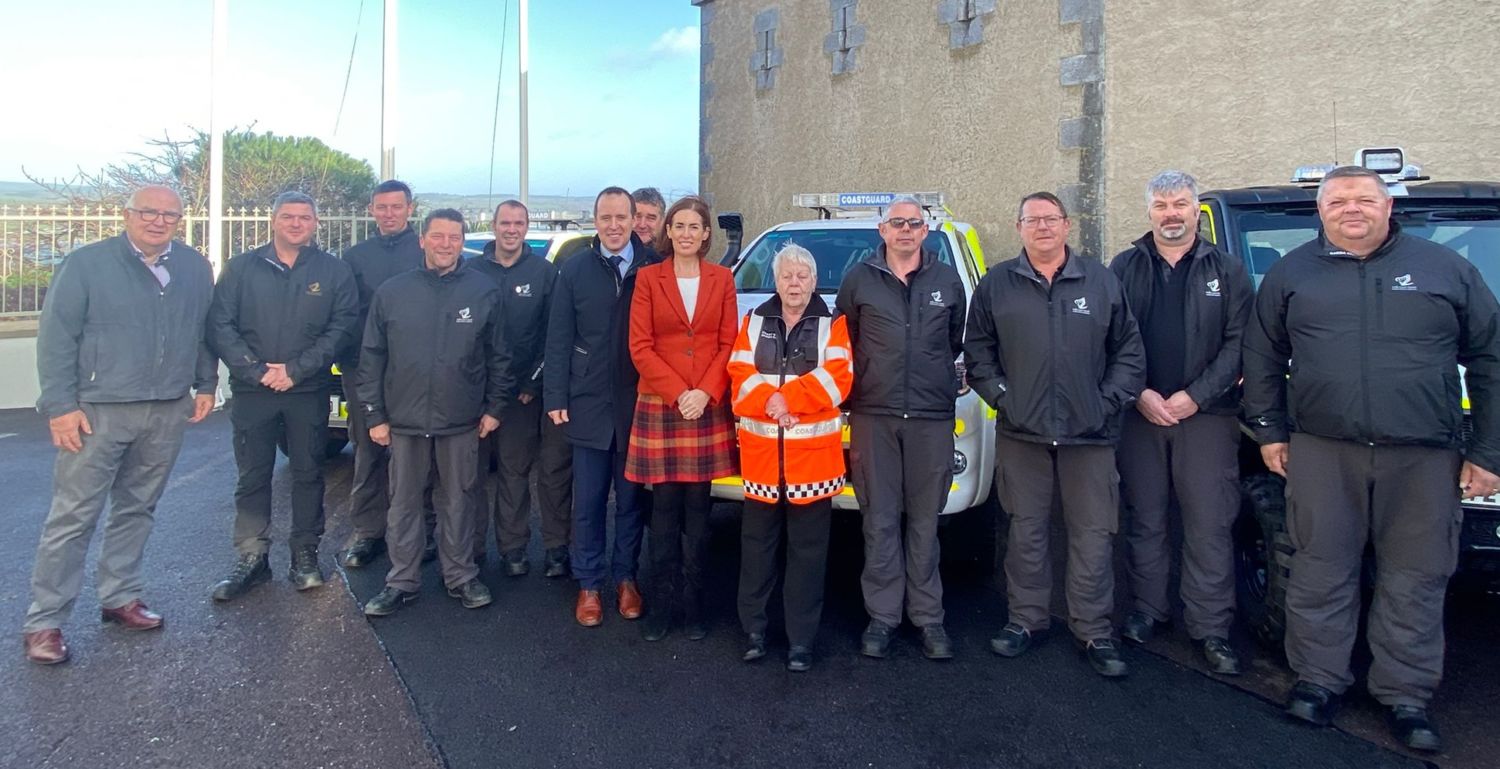 ARDMORE’S Coast Guard Station, part of a West Waterford search and rescue tradition which dates back to the 1890s, was officially re-opened on recently by Minister of State Hildegarde Naughton (FG).

Minister Naughton, who until the recent cabinet reshuffle had special responsibility for the Coast Guard, re-opened the facility following extensive refurbishment carried out by the Office of Public Works (OPW).

“I would like to acknowledge the commitment of staff and volunteers here in Ardmore, across the county of Waterford, and nationwide, for providing this crucial service and particularly for maintaining service delivery throughout the Covid pandemic,” said Minister Naughton.

“I continue to hear stories of volunteers leaving their families at home in the dead of night, and even on Christmas Day, to assist those in difficulty; a fact that demonstrates the personal sacrifice that is made by our volunteers 365 days of the year. Without our volunteers we simply would not have this lifesaving service. I would also like to thank their families and the wider community without whose support this service could not be provided.”

Ardmore Coast Guard Officer in Charge (OIC) Mike Power (“I was brought up on the edge of the strand”) has been proudly involved with the service for the past 32 years.

He told the Waterford News & Star: “Our station was built by McInerney’s in the 2002/03 period and officially opened in 2004 and things wear over time and in our station’s case, station’s case, the teak windows had begun to warp and were clearly showing their age. So we’re absolutely delighted to have the facility brought up to the very best of modern standards given the equipment we have to store in house in terms of radio, the VHFs and our computer system.”

There are currently 13 Coast Guard volunteers based out of the Ardmore Station, all of whom work closely with their colleagues based in both Bonmahon and Youghal when called upon to liaise on certain rescue operations.

Mike explained: “We’re a land-based Search And Rescue service so our primary role is to assist in cliff-related operations. The nature of what we do demands regular training so we meet every second Tuesday night for two-and-a-half to three hours to ensure we’re in a permanent state of readiness for any call-out. When it comes to certain first aid sessions, we’d do some of them indoors and then move outdoors for a scenario out on the cliffs where we use mannequins as casualties. Search, find, recover and resuscitate are our fundamentals when we’re training and of course when we’re called out so drilling for such scenarios is very important. It’s what keeps us prepared for the real thing. Thankfully, in terms of the year to date (as of December 20) it’s been a pretty quiet year but if anything the training becomes all the more essential during those quiet periods.”

Senator John Cummins, who joined Minister Naughton and Cllr Pat Nugent at the official re-opening said it was great to see these long-awaited works completed.

“This project of approximately €200,000 displays this government’s continued commitment providing our amazing Coast Guard volunteers with state-of-the-art facilities,” he said.

“The building has undergone a full refurbishment to ensure it remains fit for purpose…and it will be followed by further investment in equipment such as drone technology which is a real game changer for units like Ardmore.”

Mike Power said the unit’s current operational strength more than satisfies its service remit. “If we get eight of the unit to the station pretty much on the button in response to an emergency, that puts in a position to assist immediately. And, more often than not, we achieve that. On the off chance that doesn’t happen or in the case of a more sizeable rescue operation, we liaise with the units in Bonmahon and Youghal as they in turn do with us when the time calls for it.”

So what prompted Mike’s initial involvement with Ardmore’s Coast Guard unit? “Well, when I was a youngster, the unit was known as the ‘Old Rocket Crew’. And when there was an incident while I was growing up, you could either attend the station or actually get involved in a search, which many people did. When I was only five years of age, there was a shipwreck on the strand and I can remember the crew being rescued and taken off the boat. That always stayed with me so getting involved with the Coast Guard came pretty naturally to me.”

The addition of a drone to the service has been greatly welcomed by the unit, according to Mike Power. “It’s a new tool in our toolbox, for which we have two qualified pilots. It’s important to stress that this is by no means a substitute for Rescue 117 but it’s a welcome aid for us when it comes to giving us enhanced visibility off the cliff face, the base of a cliff or in a cover. What we have right now is a training model and we would hope to have the permanent model at our disposal in due course.”

Minister Naughton, who was in Bonmahon on September 21 to turn the sod on their new Coast Guard Station, visited Coast Guard facilities nationwide throughout the past year to mark the organisation’s 200th anniversary.

If you need to alert Ardmore Coast Guard Station to an emergency, dial 999 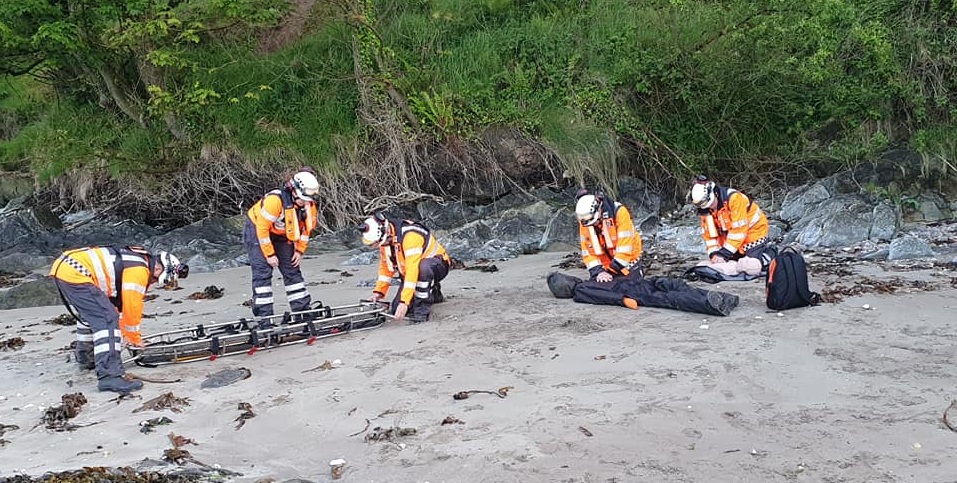 Training is an essential element of the Ardmore Coast Guard Unit’s work. 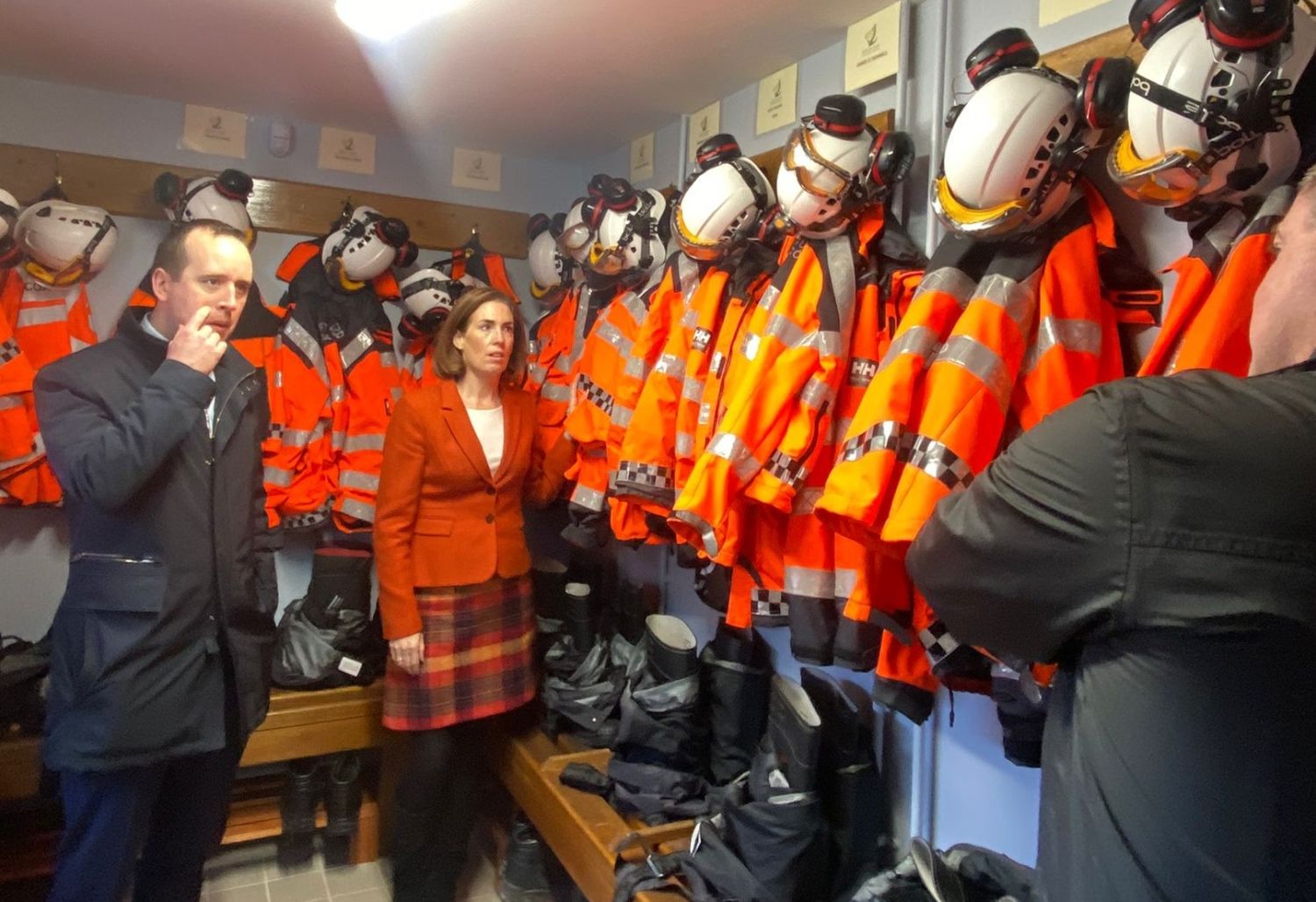 Ardmore Coast Guard has a long-standing relationship with local and regional first responders, including the Rescue 117 Search and Rescue helicopter service. 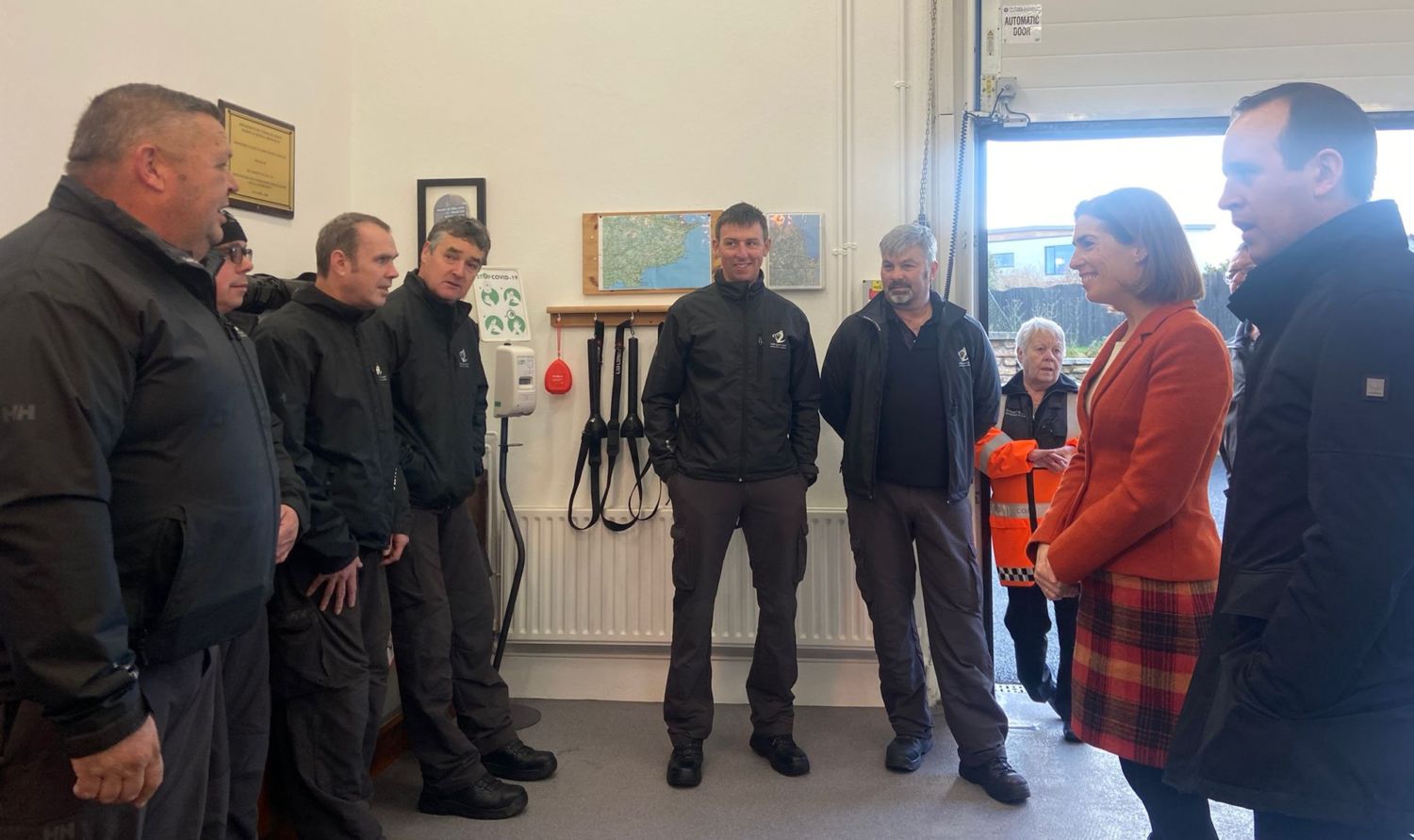