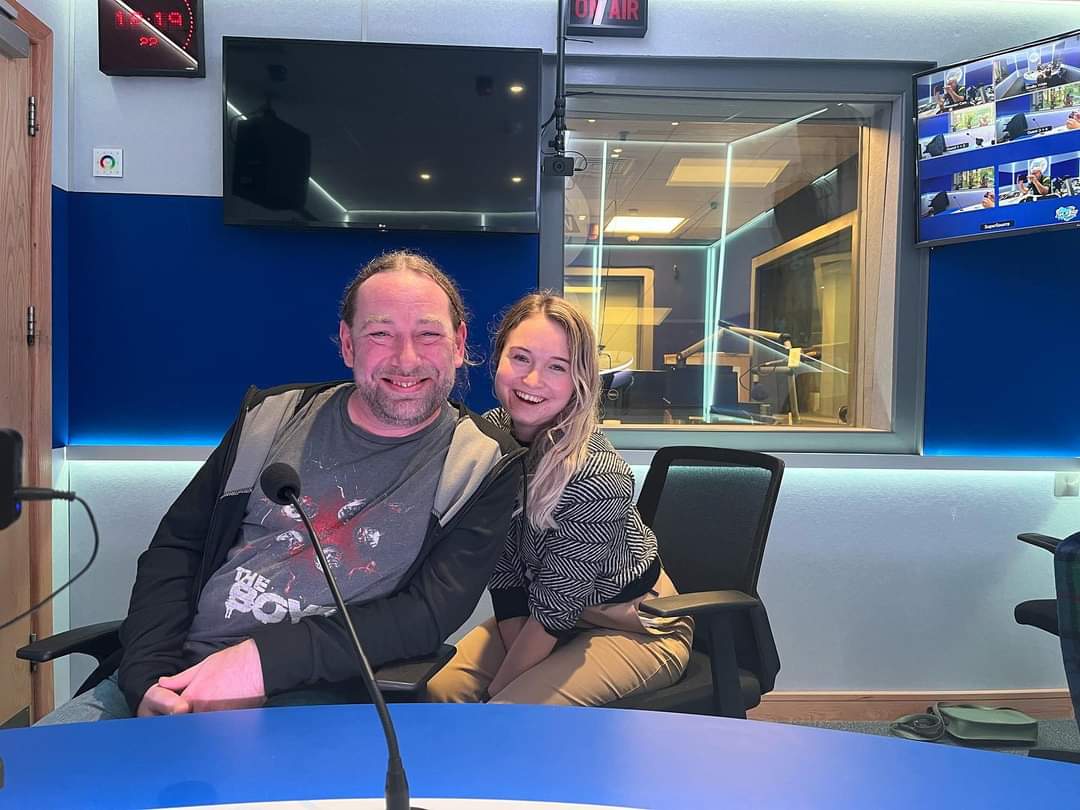 FROM the moment Open University student, Rita, rattles into Frank’s chaotic office, his world is alive. There’s energy and a life-force here never before experienced by stuffy, middle-aged, boozy lecturer Frank, who hides bottles of whiskey behind volumes of Wordsworth and Forrester to suppress his disillusion with life.

The appeal of academia for a Rita that wants more from life than is currently on offer is seductive. And if Frank was expecting a timid, shy student in Rita, he was in the wrong job because Rita’s got a Liverpool gob on her that never stops… “I want to know EVERYTHING, Frank”.

Rita is what’s known in drama analysis as ‘other’. She’s different and she knows it. And so does everyone else. She wants more from life than husband Danny and his boozy mates offer. “I want to sing different songs,” she declares in desperation at a working-class world where “being different is not allowed”.

Rita, whose real name is Susan, wants real change and not just cosmetic change. This Liverpool hairdresser wants access to a technicolour world of intellect where debate and discussion is the norm. But she needs the language to access this world and that’s where Frank comes in. This is My Fair Lady without the tunes.

A succession of personal questions startles him… “are you married… why did you split up… have you a partner?” However, the cynical, boozy academic in dress-down-Friday  garb is dazzled by a life-force that approaches literature and drama with all the enthusiasm of a football fanatic… “God, that Lady Macbeth was some bitch!”

Husband Danny longs for the girl he married in that dreary monochrome past but she’s gone and taken flight and he can’t understand it. When he discovers she’s been on the pill, he throws her out. Academic life now gives Rita the room to breathe and dream the new dreams she has always wanted. However, in doing so, she finds herself somewhat between worlds. No longer quite working-class, Rita’s still struggling to fit into a world of intellectual privilege. Her innate intelligence and Frank’s help bridge the gap.

It’s a relationship that is not without its troubles and when Frank gives Rita wings to fly, he resents losing her. “I’m educated,” she declares, “I have what you have and you don’t like it! And my name is Susan.”

Both actors in this play give a top-class and entertaining performance in a clever edit of Willie Russell’s script. Nicola Spendlove’s segue from mouthy intruder to academic undergraduate is gradual, believable and heroic. Derek Flynn’s performance is beautifully understated and his difficulty in coming to terms with the life-force that is Rita holds dramatic interest all night long.

Nicola Spendlove (Best Actress in Green Room Awards 2021) explains the idea behind the Tramore Theatre Vamps Co.: “In the summer of 2022, we had the (somewhat crazy) idea to start a theatre company, with the aim of doing a short tour around the smaller – more intimate – venues outside of Waterford City. No funding, no budget – just a great script, a minimal set, and two actors who love theatre and performing. We had no idea if anyone would show up – but show up they did. Mooncoin… Gealach Gorm, Kill… Dunhill… Tramore Coastguard Station all filled and we were delighted.”

This whole production brought us back to the days of the fit-ups when visiting theatre companies would travel their productions to rural areas and perform… but we simply MUST have a theatre in Tramore.

I can’t wait for Theatre Vamps’ next production.