View From The Green Room: Who’s got the beans? Jack Jones has! 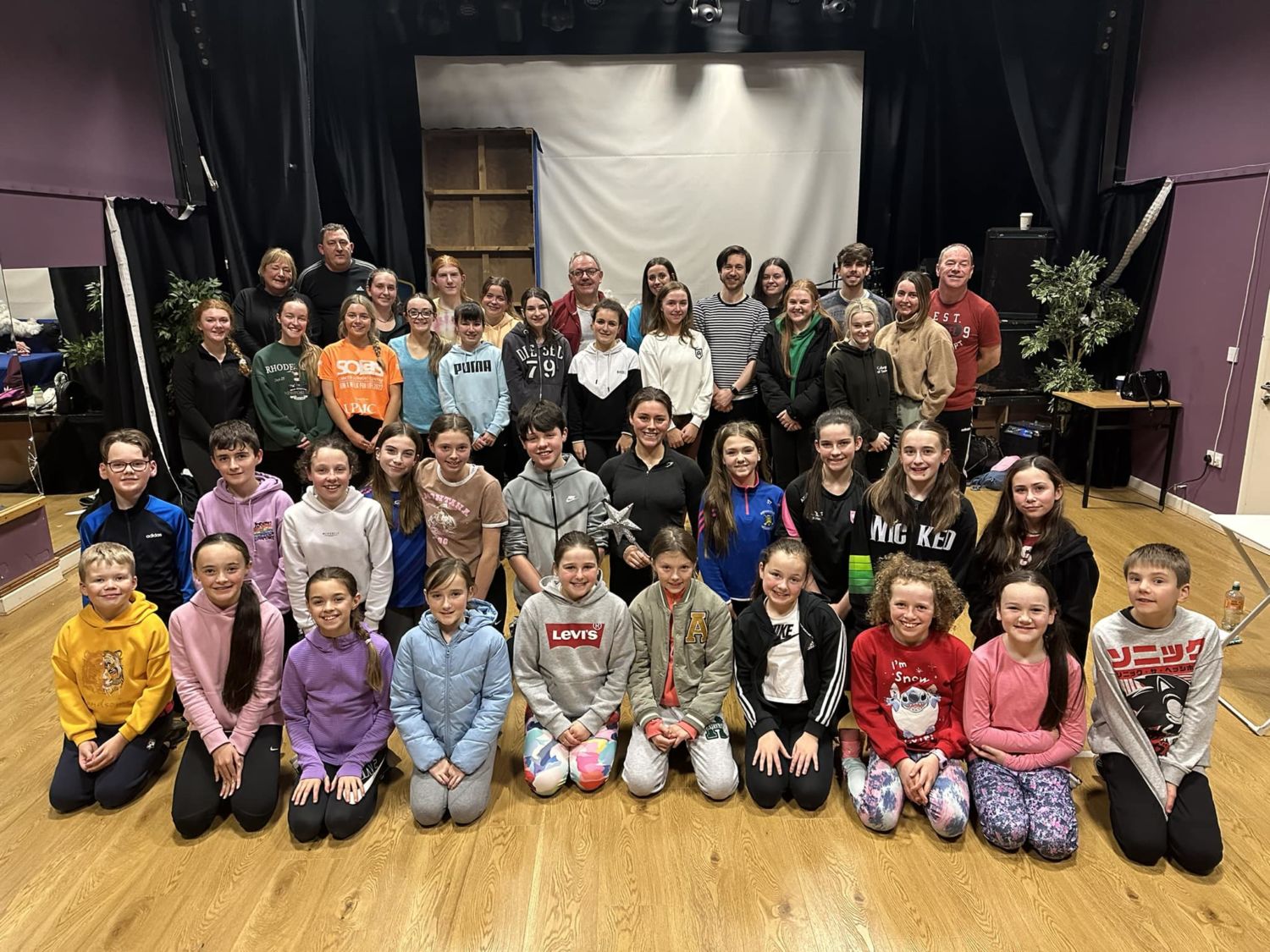 The Waterford Panto cast at their final rehearsal

IT’S easy to like the Waterford panto. It’s slick, it’s clever and it’s inventive. And it just never stops being fun. From the moment you enter the Theatre Royal, there’s a buzz in the air. Graphics of cast and pics from former shows flood across the rear video screen and – just in case – every member of the cast is introduced casually across the early script and they all come with a well-rehearsed catchphrase… “Who’ll get the bones… Jack will”. Every cast member reinforces it and the screams reach decibel level whenever the irrepressible Brian Tuohy hits the boards.

Well, of course, he’s a mega-disappointment to his beyond-bizarre Nanny Nula – played with madcap humour by Tony Corcoran, who also doubles as writer/director – who is every child’s favourite as he delivers gags that have all the subtlety of a brick falling on your head from the Royal’s chandelier. Nanny Nula, with her hooped and neon-bright pink and red dress, packs a powerful punch and uses it on whoever is closest to the delight of the young audience.

Brenda Corcoran is as reliable a villainess as always and her Governor Ruthless would delight any hardheart as she spends her days dreaming up wheezes to dump tenants out of their homes. She’s ably abetted by a syncopated pair of dopey heavies named Harry (Fionnán Fatz Dunphy) and Larry (Adam O’Neill), who delight every time they stalk the quirky laneways and crooked streets of the wonkytown town of Merryland.

Pádraig Ó Gríofa is an upstairs giant in Gargantua, with a floor-thudding voice, that kidnaps children from their mammies and holds them as slaves to work in his Gothic world in the sky. Remarkably the kids remain a jolly lot and belt out a couple of mischievous numbers from Matilda that are full of energy and fun.

In fact, energy and fun is everywhere. Brian Tuohy’s Jack is full of beans (sorry… couldn’t resist it!) when he teams up with the chorus for huge, high-tempo numbers like “Let’s go crazy… Incredible… A sky full of stars”. When I came to “We don’t talk about Bruno”, four 10-year-olds behind me stood up and sang the whole tune. Now that’s what you call audience involvement. A fully manufactured song and routine called “What would John Mullane do?” is a real show-stopper and the legendary Panto “Chase” in search of the golden goose’s egg is a riot of fun.

The Trotters scene – complete with Trotters three-wheeler – that features hapless Harry and luckless Larry, along with a cast of millions belting out “Hookey St.”, is a real standout scene with a clever, imaginative dance routine that just builds and builds and never seems to stop.

Last year’s Green Room Award winners Tobie Hickey and Susan Boyce are back. Susan’s had an upgrade to leading lady Jill and is every girl in the audience’s dream – clever, resourceful, determined and rescues her hero from the dastardly giant and – dear reader – she marries him! Tobie’s Sammy Smith is also a huge hit with the young audience as he manages to get mix up evvvverything – especially Princess Elvena’s name – played by another Green Room Award winner, Aisling Giles. A black and white large cow – played by Luke Brown, Ryan Foley and Mike Darmody with voice by Jane Fraher – is the biggest scene-stealer in a cast of mega upstagers.

Chairperson Anne Corcoran-Brown and her team is determined that the panto goes on each year from strength to strength. It’s got a production team of director Tony Corcoran, choreographer Ali Reville and MD Wayne Brown that understand panto and its demands.

And finally… the real test from my next-seat pals and my newest  BFFs. 12-year-old Cormac Mullally and his nine-year-old first cousin Lola Quinn are the best of theatre critics and love the show. Both are scholars at St Mary’s, Ballygunner, NS and give the panto 10/10 for entertainment value with Nanny Nula getting the thumbs-up-gong for the best character in the show. Now… that’s what you call real critics! 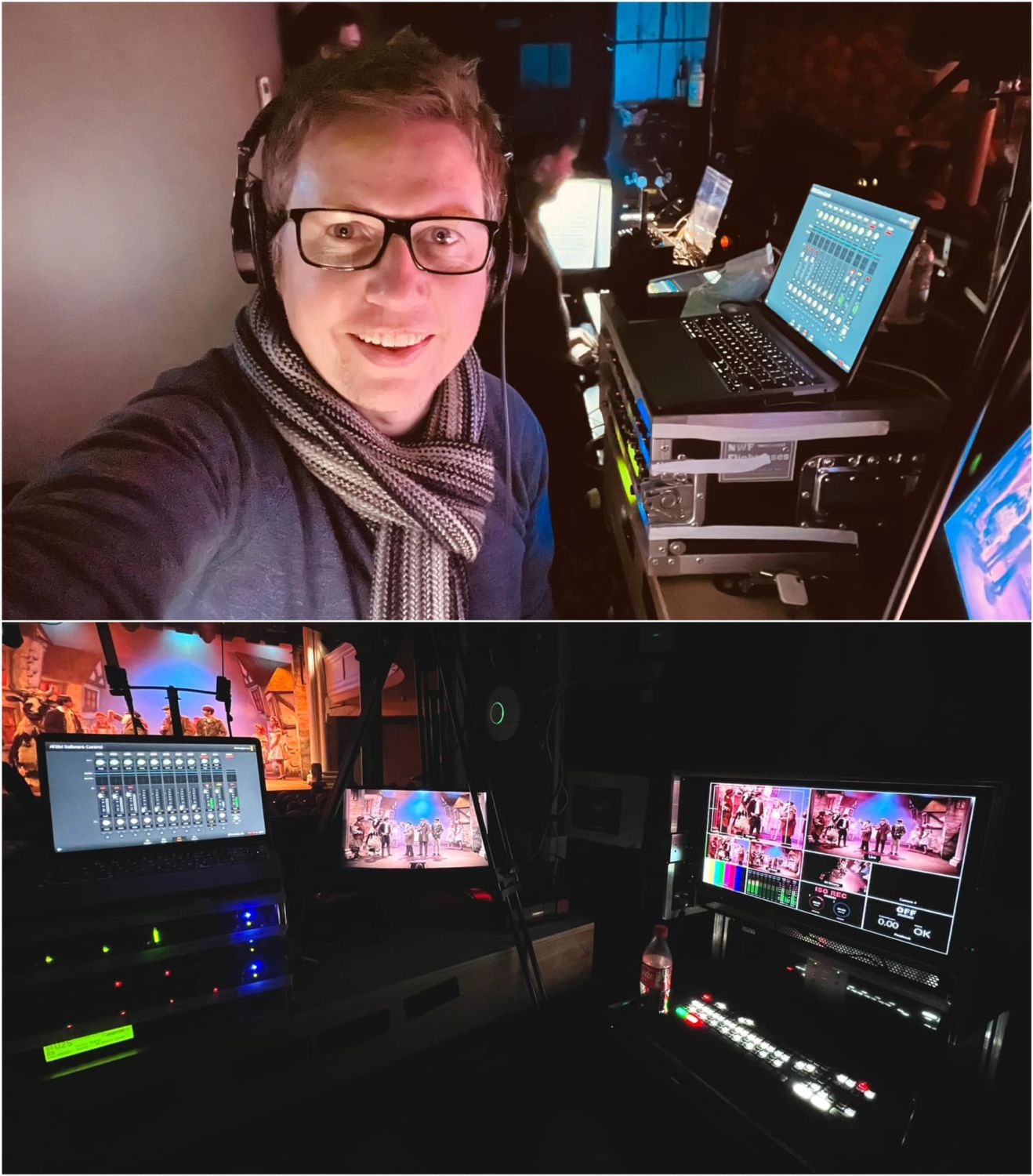 Techie Colin Shanahan in control at the Waterford Panto.