Fr Liam Power: Christmas message as witnessed in the life of Brother Tim 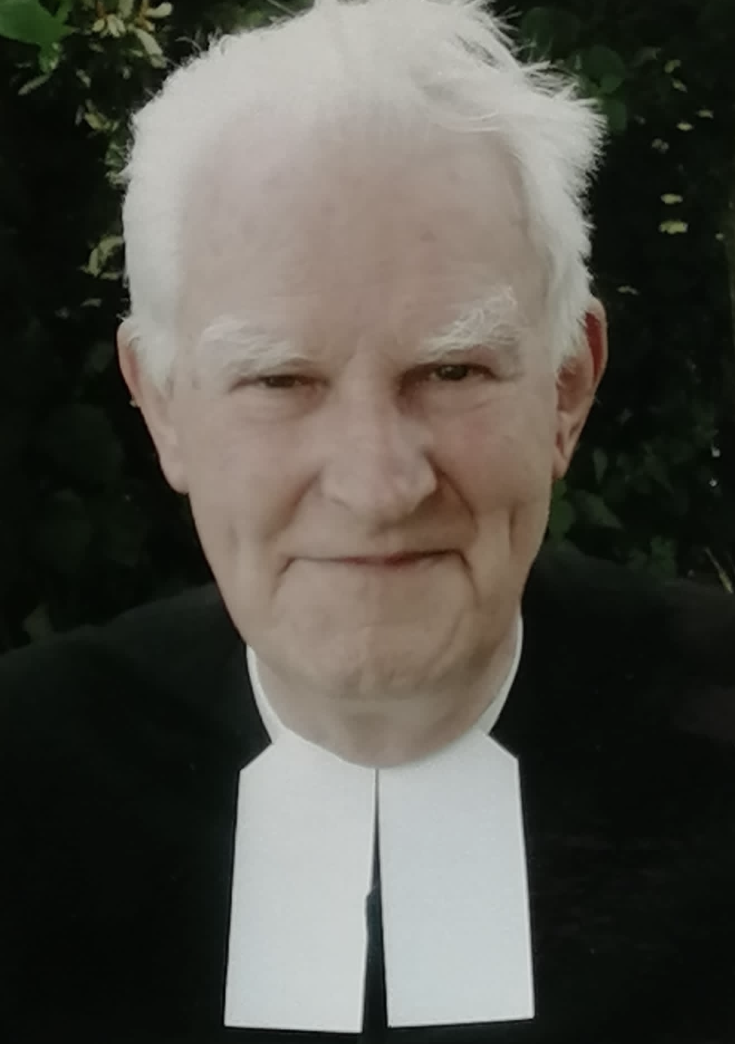 The late Brother Tim O’Shea who was enthusiastic about his teaching at De La Salle as he was devoted to his faith.

We are just preparing for the Christmas liturgies as I write. We planned a special Mass for the children on Christmas Eve at 5pm. We had to ask people to book in advance for this Mass as it was dangerously overcrowded in previous years. The Mass was booked out faster than a Michael Buble concert. The newly formed children’s choir would be singing at this Mass and the children’s liturgy group was all set to present a Nativity play. The excitement and enthusiasm of the children at rehearsals was a joy to behold. The magic of Christmas still enchants children and their parents.

It rekindled memories of my own childhood around Christmas time. (Nostalgia can be indulged at Christmas). The siblings helping mum bake the Christmas cake: currants, raisins and mixed peel for the cake steeping in the bowl until the mix was ready. Taking turns to beat the margarine and sugar, and then folding in the flour. Afterwards participating in the ritual of icing the cake. With mum, it was almost an art form;  it had to be as smooth as a lake with no uneven patches. It was finished off then with cut cone-tops to form different shapes.

Later we had the excitement of decorating the tree with fairy-lights and baubles.

And then on Christmas eve, the steaming of the Christmas pudding and the wonderful rich aroma exuding from the mixture of fruit and Guinness and suet and breadcrumbs. And the delights of the clove-scented aroma from the ham boiling on the Rayburn.

We headed off to Midnight Mass in those days and afterwards enjoyed a special treat: sandwiches made with the freshly cooked Christmas ham. And then off to bed only to wake before dawn to rush downstairs to find the presents from Santa, laid out on chairs for each sibling. A quick check to see if Rudolf had eaten the carrot left out for him or if Santa had sipped from the bottle of Guinness.

Revisiting these treasured memories is not just nostalgic indulgence. Reminiscing helps us to rediscover and glimpse into mystery that surrounds all our lives, the mystery, which was so real for us at childhood Christmas. Christmas is the annual human highpoint, an idyll of altruism. Our sensibility is stirred and refined, calling forth the deepest spiritual instincts of compassion, kindness, empathy. For a short time we can leave aside our mean and petty problems.

The image of the baby in the manger evokes our refined sensibility: feelings of care and compassion. Identifying the baby as Emmanuel, God-with-us; Christians know we are not alone in the struggle for peace and justice in our world.

When we see the spirit of Christmas witnessed in the lives of others around us, we can begin to trust that the hope and comfort of the festive season is not just illusory or fanciful. One such person was the late Brother Timothy O’Shea, a member of the De La Salle order who was laid to rest on December 14.

Affectionately known as Bro Tim, he worked in De La Salle College for most of his religious life, starting there in 1964. At a time when religious in education are receiving such negative press because of the history of abuse, it is important for us to acknowledge that there were many dedicated religious who were devoted to their calling and enriched the lives of many people. He was above all a brilliant maths teacher who helped generations of pupils to master the complexities of a subject, which many find so difficult.

De La Salle College was a boarding school for most of Bro Tim’s career. Former pupils spoke so highly of Tim. This is one such testimony: “I came into De La Salle from a rural school in the 70s. A pretty daunting prospect for an introvert. That I didn’t run back down the avenue and head for the hills was down to this great man. Bro. Tim understood my vulnerability and became a great source of strength throughout my time there. He brought out the talent in me and nurtured it. He is remembered with great fondness and respect in my household.”

Many such tributes were shared after Bro Tim’s death. His colleague, Bro Tom, said that Tim knew every boarder, their background, their financial situation. If a pupil was struggling financially they were supported. He did everything to make life as comfortable as possible for the pupils.

There is so much more to Bro Tim’s life story. Suffice to say that he witnessed consistently throughout his life to the Christmas message of love, joy and peace, which is based on the mystery of Incarnation, God-with-us. In so doing, he helped reassure us that it is not just illusion.