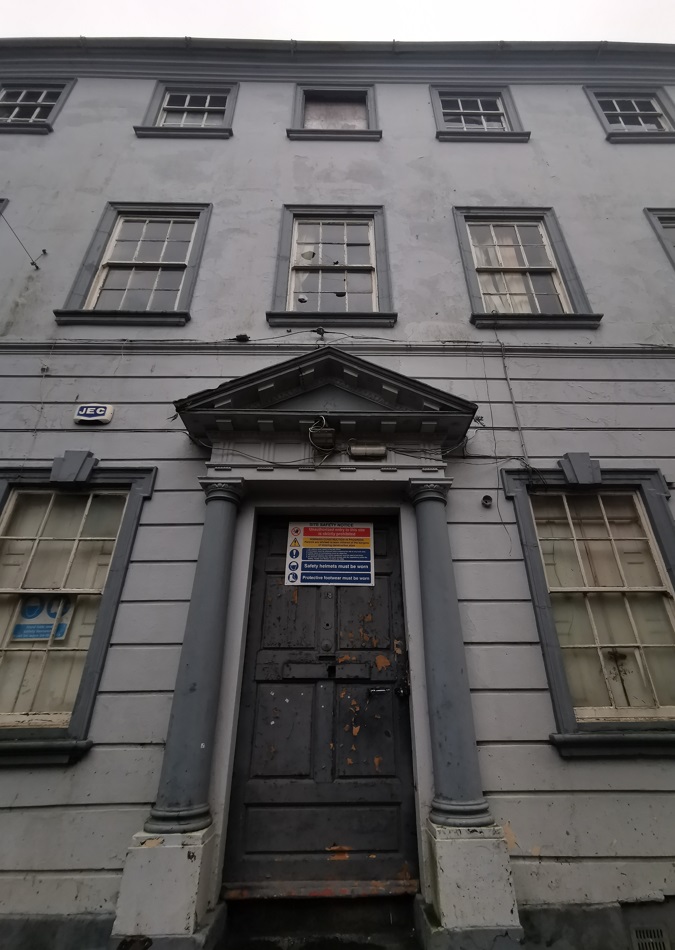 On the list: the future function of Ozanam House on Lady Lane has yet to be formally established by the City & County Council.

As noted at the Metropolitan District’s December meeting, the Council is to upgrade a suite of premises on Parade Quay, creating 12 residential units over six ground floor commercial units.

The magnificent four-storey Presbytery on George’s Street, a set of buildings which have been subject to repeated ‘what if’ conversations over the past 25 years, has been earmarked to house a public service innovation GOVLAB and Smart City Headquarters.

Meanwhile, “The Munster Express area” as it was referred to by Council Deputy Chief Executive Michael Quinn at City Hall, is also set for an overhaul as part of the Cultural Quarter development.

With Hanover Street to be re-imagined as a plaza, seeing the immediate environs brought up to the standards achieved by The Granary building would prove most welcome.

The Granary, it’s worth remembering, was a derelict structure in the mid-to-late 1990s, with water leaking through its roof onto wholesale dereliction below.

It’s a building the city should be proud of and ought to represent the bar by which all future refurbishment works within the city centre are measured by.

That City Hall has declared its priorities on this considerable list of works is welcome. There are several other buildings/sites on O’Connell Street, Thomas Hill, Thomas St, etc which clearly require attention. Thankfully, they are on a definitely determined list.

With no less than 22 individual projects identified in six clusters throughout the city centre, it’s estimated that €48 million in Urban Regeneration Development Funding (URDF) will be required to deliver on this vision.

However, the Council cannot accomplish everything it wants with one wave of its hand, which brings us onto what is to become of the sizeable properties it now owns on Lady Lane.

As is the case with the 18th Century Presbytery, sensitivity in the redevelopment of the hostel building (Ozanam House – Number 18) will form an essential element of future works.

We do not have to look too far from Lady Lane at all – Peter Street, primarily – to see how important it is that such works are handled appropriately given that they’ll endure for generations to come.

The splendid preservation work of the medieval wall within the redevelopment of Penneys suggests that city planners have suitably learned from past, underwhelming decision making. Within that, the prospect of further street canopy/transparent roofing in the city centre makes sense if Ireland’s oldest city is to expand and sustain its nighttime economy.

City Hall must give its future URDF applications the time they warrant to ensure its projects receive the funding they clearly deserve. Thereafter, the ball will be in central government’s court. So let’s hope for further good news on that front in 2023.