On The Spot: Neil Conway 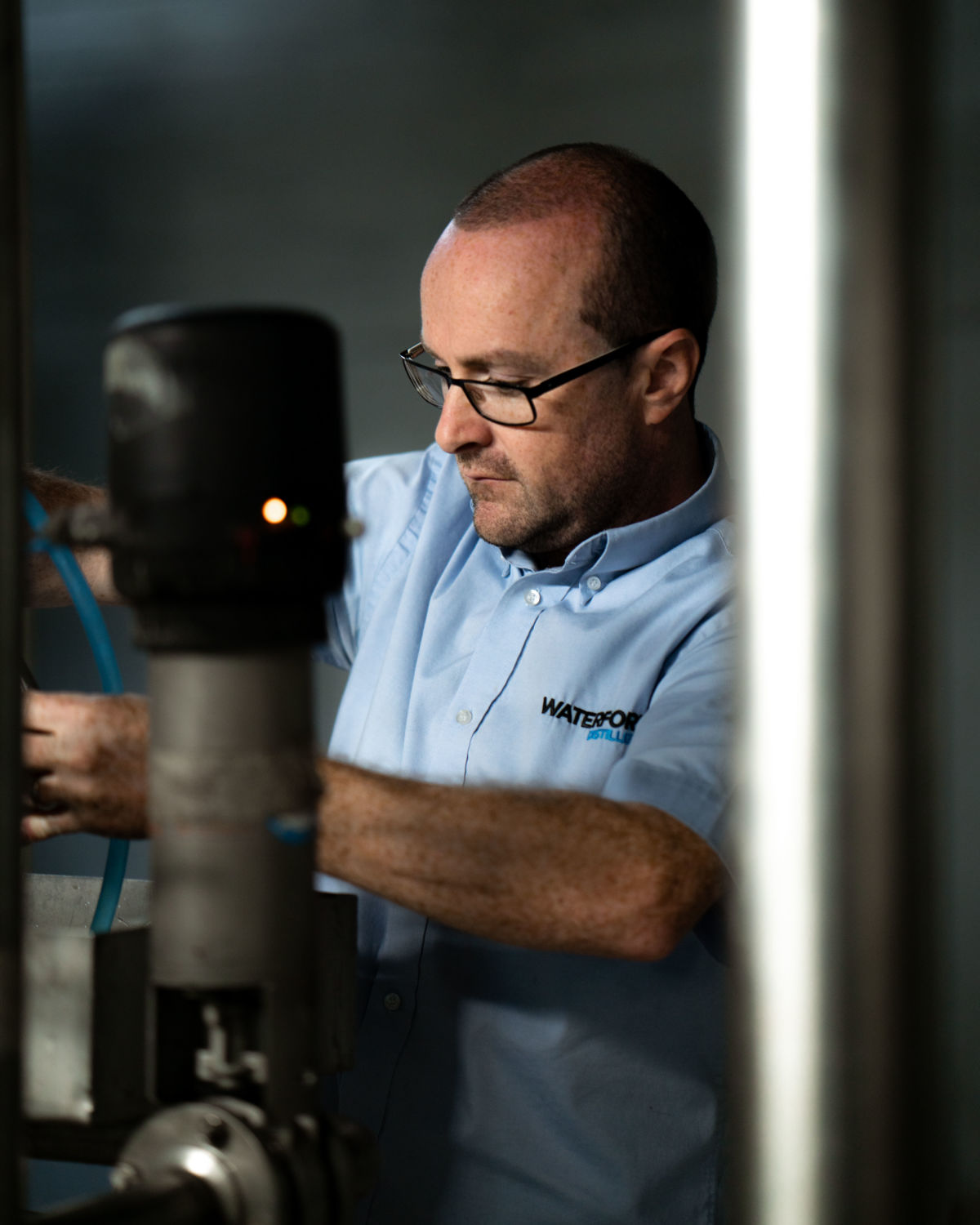 Neil Conway, a “young chap of 43 years” (!) is married to Olivia with whom he has three children: James (16), Emma (14) and Cian (10). Both Neil and Olivia lived and worked Waterford City for many years but moved back to their native Kilkenny when we got married and now live in the village of Stoneyford. Neil has been Head Brewer at Waterford Distillery since 2017, having previously served his time as a brewer at the former Cherries Brewery (on the same site) from 1998 until 2010. The award-winning Waterford Distillery produces Single Malt Whisky using 100 per cent Irish grown barley.

Every working day is a mixed bag. Typically I rise at 6:50am, get the kids up for school, have a light breakfast (cup of tea) and drive the two eldest teens down to the village to get their school bus for 7:20. I then drive straight to Waterford and arrive on site typically around 7:50am. My first office task is to log in to answer emails, plan my day and then attend the first meeting of the day at 8:30am which is the daily Production meeting. No day is the same at the Distillery but normally everything runs smoothly thanks to the very efficient team we have at the Distillery. The general plan is to finish work at 4:30pm but there’s an element of having meetings/zoom calls/tastings after hours due to the nature of our business and due to the different time zones our customers are located in.

I attended St John’s Primary in the heart of Kilkenny City and St Kieran’s College Secondary School. For me, school was about just getting through it but looking back I probably should have paid a bit more attention. I was more interested in sport and hanging around with friends between classes than the educational side of it.

For positive reasons, Mr Lambe, who was a Maths teacher in First Year in St Kieran’s. He was in the last year of his teaching at the school, but he was such a gentleman and had an excellent way of teaching in a calm manner. He had also taught my older brother and father at the same school. I won’t mention the not so positive teachers!

Just be positive and keep involved in the things you enjoy doing.

Olivia and myself always enjoyed travelling, seeing different places and cultures we try and get away a couple of times a year. We also enjoy getting out and about on walks and short trips with the kids. Personally, I try to keep as active as possible. I play five-a-side soccer   once a week with friends and try get a five kilometre run in once a week. A lot of time is spent driving the kids around to activities like swimming and horse riding while the eldest son plays soccer and hurling. The most enjoyable and rewarding extra-curricular activity I do is helping out with the local GAA team Carrickshock. I’m currently a selector for the club’s minor team with Davy Franks (who is also a current Ballygunner selector and trainer) and Richie Power Snr, both of whom are hurling greats in their own right. I also enjoy following the Irish soccer team and have an Aviva Stadium season ticket and get to as many matches as possible, even if the last few years have been a tough watch. Oh, and sampling wine/beer/whisky at the weekends in moderation!

Guy Ritchie’s ‘Snatch’. Just love it. Music wise, I cast a wide net: from Irish ballads to the Prodigy or pretty much any live music for that matter.

I’d be too embarrassed to tell you. I promise it wasn’t a kids’ movie.

Coming out of those damn lockdowns. Just getting back to normal was fantastic.

Yes. I don’t go to mass regularly for different reasons but I still have faith. There will always be a time when someone needs something to believe in. I think it helps your mentality in times of need.

Snakes – both the reptile and human versions

After my family, it has to be an old hurling ticket my Dad gave me. It’s a ticket from the 1959 All-Ireland Senior Hurling Final, the last time Waterford won Liam MacCarthy.

The beautiful coastline, Tramore in the winter and the Comeragh Mountains. There’s so much to take in.

Bring back The Forum and similar live music venues. Waterford was once well renowned for its live music and musical scene. It has slowly disappeared over the years.