Tara Anne Byrne: Choreographer, Director and one of our own 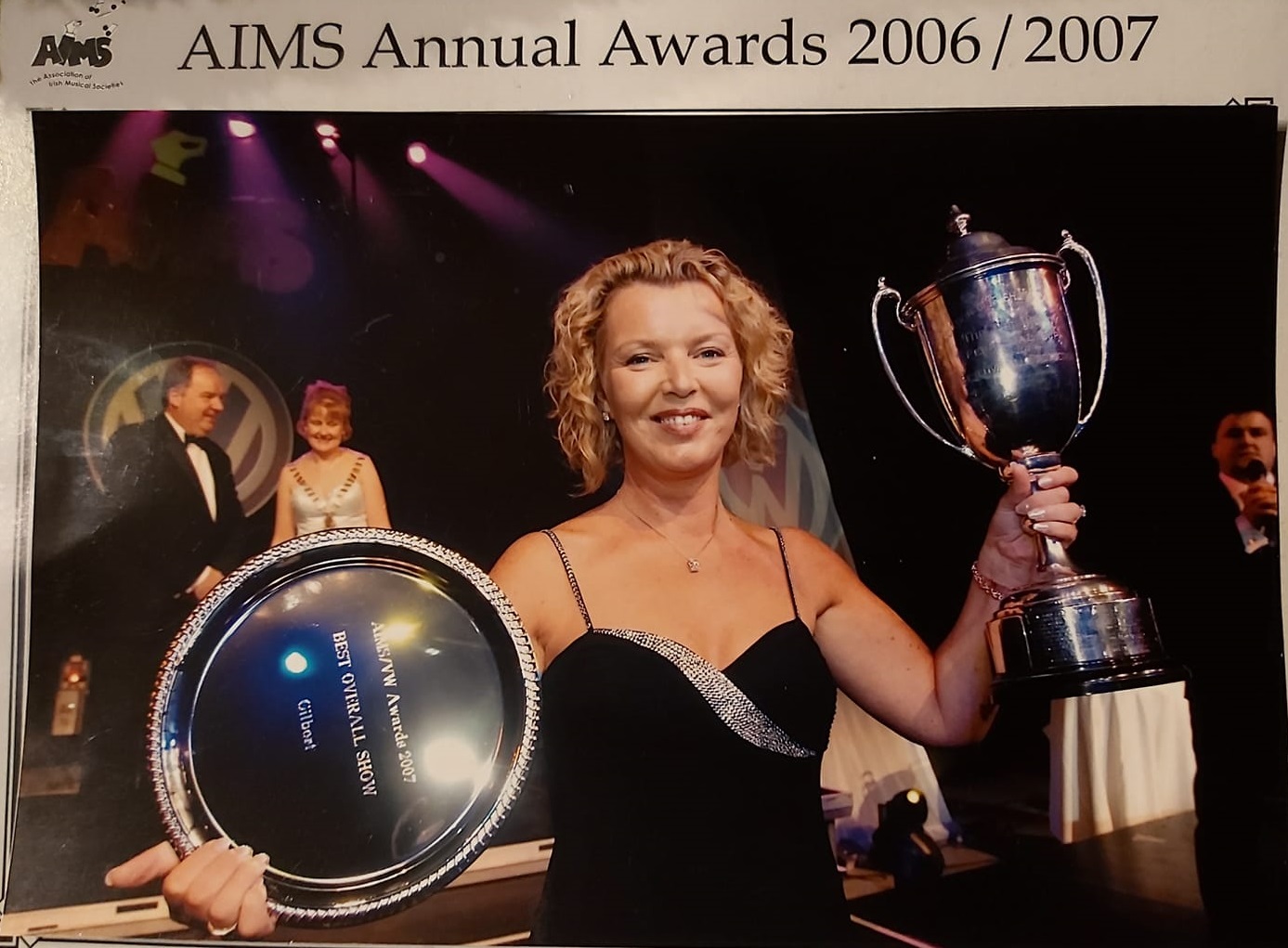 I’m with Waterford Choreographer/Director Tara Anne Byrne, in her kitchen in Gorey where she now lives.

Well, sort of as we’re both on WhatsApp and, although we haven’t met up for quite some time, a lifetime friendship never diminishes.

I don’t think we ever shared a cross word. In truth, I could probably have written much of this article without ever having met up as I shared so much of what Tara Anne recalls. Even her childhood in Ursula’s Terrace when we lived a stone’s throw away from each other.

“I had an idyllic childhood, really,” Tara Anne smiles. “It was the perfect place with fields behind us and a marsh that dried up in summer and provided a secret acre of garden where we could hide with a world of marsh nature as a backdrop. It was just the safest place ever and I was the neighbourhood’s greatest tomboy – hurling, football, rounders, cowboys and Indians and a home that nurtured and cared and never stopped loving.”

I wondered when all the dancing started. “I got it from my mother Eileen, really, who was an accomplished Irish dancer” she remembers and so it was off to Betty Threadgold where she remembers winning two gold medals at a Feis at the ripe old age of six. She then moved on to Billy and Betty Mulcahy and the world of ballroom dancing.

“I loved it,” she beams. “Salsa, Cha Cha Cha, Tango, Waltz – the fluffed-up dresses with yards of tulle and lace and I just got lost in the music.”

Oddly enough, she never wanted the social side and made few friends. It all just seemed too trendy for a shy girl from Ursula’s Terrace. “Oddly enough, I never liked to be the centre of attention on the dance floor at exhibitions,” she admits.

Despite her dislike of competitions, she actually won a disco competition with the mega prize of three weeks dance classes in the Empire Ballroom in London’s Leicester Square.

Luckily enough, Tara Anne had an uncle in London that provided the accommodation and the dance-crazy kid repeated the summer dance school at Leicester Square for three years in a row. Three weeks at a top London dance school turned an enthusiastic dancer into a skilled teacher and Tara Anne was a committed student.

Word got around and teacher Brian O’Donoghue knocked on her door in Ursula’s Terrace, inviting her to choreograph the Teacher’s Tops show and a choreographer was born.

How did she get on with it? Choreographing people old enough to be her parents? “I just got on with it. I had no choice – six of the cast were teaching me in the Ursuline Convent but it was never ever mentioned in school. Yes, I was young and nervous, it was a tough experience but I learned from it. Everyone in theatre respects talent.

I smile when I hear Tara Anne’s next comment. “I took on the responsibility and I never shied away from it” because anyone who has ever worked with Tara Anne will recognise the quality of shouldering responsibility as her greatest strength. Cometh the hour, cometh the woman! This woman could do anything.

I wasn’t surprised when legendary Tops producer Dermot Graham came calling the next year for his Banks and Finance Show that ended up in the National Final at the Gaiety in 1980. And again the learning continued.

“Dermot was a visionary and minded me and so did Des Manahan who told me every night that I was doing a great job.” Strangely enough, the performance of the show was never the thing for her. “I always loved the process but not the show.”

That Banks and Finance show launched a career that was to last a lifetime. Other Tops shows followed  but, as with many Tops performers, Tara Anne tired of Tops and the ridiculous sums of money that were spent and wanted new horizons. Denny Corcoran brought her into a revived panto society for 10 wonderful years with a very young Davy Sutton “who was a powerhouse of talent.”

‘Oliver’, ‘How to Succeed’, ‘South Pacific’ and a ‘West Side Story’ with a young cast to die for – Bryan Flynn, Fionnan Dunphy, Keith Dunphy, Karen Steenson, Gretta Rochford who went on to become stalwarts of local and professional musical theatre.

She also had great success with DLS Musical Society and, along with Director Gary Power, brought ‘The King and I’ to second place in a Waterford Festival where Tara Anne was named as Best Choreographer as well as in AIMS that year.

She also worked with the Edmund Rice Musical Society at a time when both musical societies shared a common cast and I’m delighted to say that I was involved for some 20 years with both – ‘Brigadoon’, ‘Carousel’, ‘My Fair Lady’, ‘Pirates’.

Tara Anne agrees that these were the golden years of musical theatre in Waterford. While other societies formed and performed some excellent shows, the cast and the funding were never there to sustain more than two societies and eventually, Waterford was left without a functioning musical society for more than a decade.

Talented director/choreographers aren’t easy to come by and it comes as no surprise when, following relocation to Gorey, she finds herself in demand with companies such as Kilkenny, Carlow, Enniscorthy, Wexford, Tipperary, Tullamore, Carnew and many more. She also got involved on the amateur drama circuit with Little Theatre, Gorey.

I wondered what was the highlight of her three years on the amateur drama circuit. “That’s an easy question to answer,” she laughs.

“One night, after a performance, I returned home to find my house surrounded by army and Gardaí who were chasing a criminal hit squad who were seen fleeing along our driveway. There were machine-guns, riot gear, truncheons and red-dots everywhere. Honest to God, you wouldn’t see it on a stage.”

I start to run through my questions. Favourite musicals? “Anything by Gershwin or Rogers and Hammerstein.” Outstanding director? “Tony Finnegan.” Outstanding shows? “DLS College’s West Side Story”, DLS’s King and I, Tramore Combined School’s Whistle Down the Wind.

Why retire now? “No cartilage in one knee and Covid made me realise the value of time off on wintry nights.” As for the future? “I’m going to work with an intellectual disability group called Saoirse that I absolutely adore.”

I wondered were there any regrets? “Yes, that I didn’t make it my full-time career earlier in life. I would do it all again in a heartbeat. It’s a passion, part of my DNA and it never felt like work. It was all about the experience and the people. Dance and musical theatre has been my constant in life; it has seen me through good times and bad and I have so much to be grateful for.”

Anyone who has known and worked with Tara Anne will agree that it was a privilege to know and share in the talent that this lady has. Tara Anne Byrne. Choreographer and Director. And one of our own. 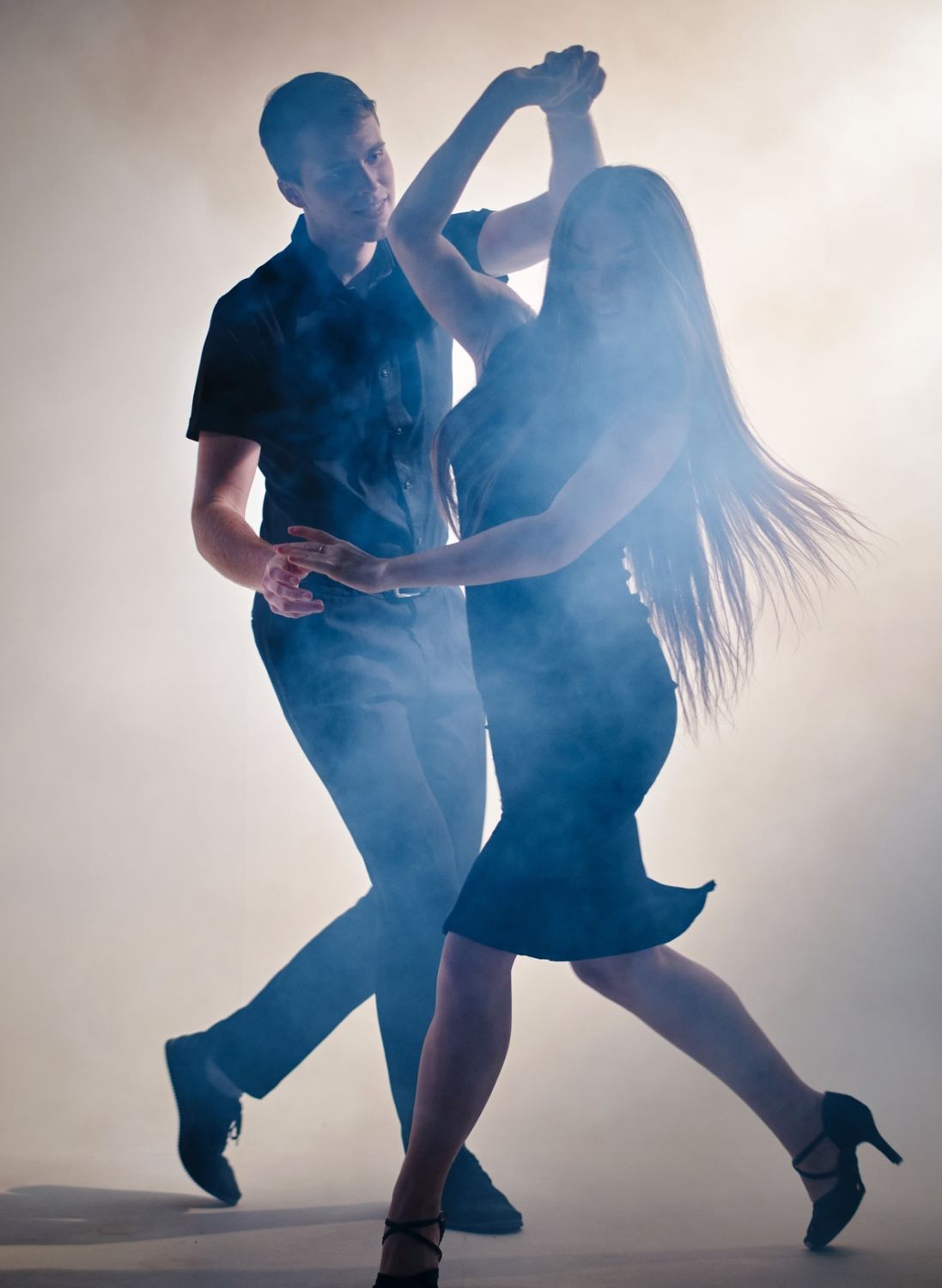 “Salsa, Cha Cha, Tango, Waltz – the fluffed–up dresses with yards of tulle and lace and I just got lost in the music.”