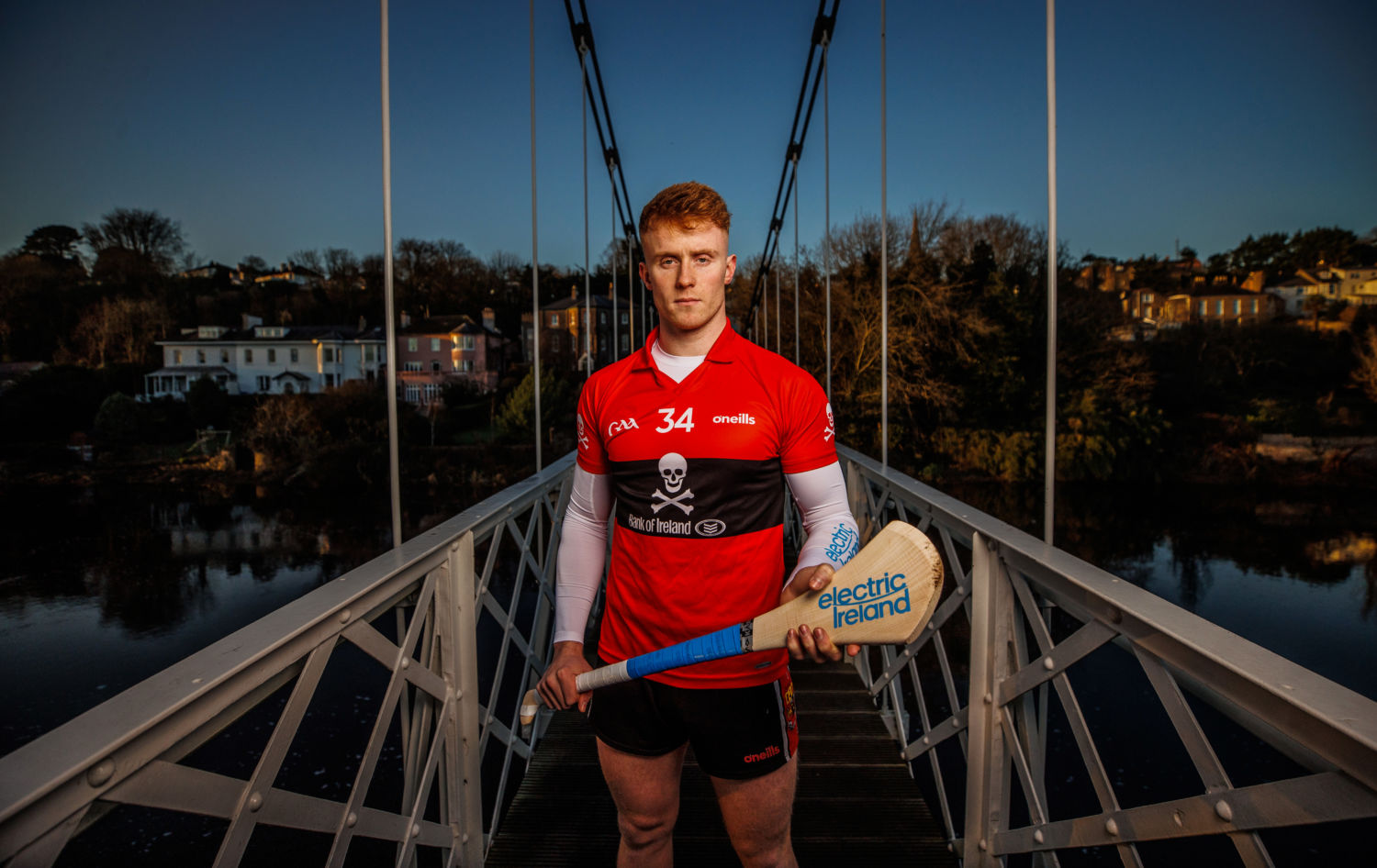 Waterford and Lismore star, Iarlaith Daly, will be one of the many Déise hurlers in action in the Fitzgibbon Cup this week when he lines out for UCC. Photo: Inpho.

This week sees the opening rounds of Group games in the Fitzgibbon Cup at a time when county managers are preparing their sides for the opening rounds of the National League. In a great many cases young players with county aspirations are involved with their colleges in the high profile competition and often find themselves out with their college teams in midweek and then required by their county sides over the weekend if they are to have any chance of making it into the league or championship panel.
The coming weeks will see at least sixteen players of Davy Fitzgerald’s current extended panel involved with Fitzgibbon Cup teams in what will be pressure games while at the same time being involved in heavy training with their county team panels.
There are twelve teams involved in the Fitzgibbon Cup made up of four groups of three teams with two teams emerging from each group to contest the quarter-final stages with the top team in each group enjoying home advantage at that stage.
SETU Waterford list the highest number of Waterford based players in any side in the competition and they are placed in Group A with Munster TU (Cork IT) and U.C.G. The Waterford college has a bye in the opening round that sees the Cork college at home to U.C.G. on Wednesday and the following week they will travel to face U.C.G. in Dangan. U.C.G. made it to the final last year and were fancied to win but lost out to U.L. thanks to Michael Kiely’s late goals. The Galway college fielded a side made up almost entirely of former Galway underage stars and will be strongly fancied again this year. There are no Waterford players in the U.C.G. squad while Fourmilewater’s Sean Walsh is the only Waterford player in the Cork side.
In Group B Waterford’s sister college SETU Carlow will be at home to Mary I. Of Limerick on Wednesday night with as many as seven Waterford players in the Limerick college squad four of which are currently in training with the senior county side. The players involved are Carthach Daly (Lismore), Cian Wadding (Roanmore), P. J. Fanning (Mount Sion), Ronan Power and Cormac Power (Ballygunner), Ciaran Power (Clonea) and Oisin Downey (An Rinn). The Carlow college have made big inroads in the Fitzgibbon Cup in recent years made up mostly of Kilkenny, Laois and Wexford players.
The two games down for decision on Thursday next will see U.C.C. at home to Maynooth in Group C and ATU Galway (GMIT) at home to title favourites U. L. Current Waterford panelists Iarlaith Daly (Lismore) and Luke O’Brien (Mount Sion) are in the U.C.C. squad as are Cormac O’Mahony (Ballygunner) and Padraig Hynes (Shamrocks). The Cork college will be strong favourites to beat Maynooth as will U.L. to be to get the better of their Galway opponents. Once again we can expect Michael Kiely to be to the fore for the Limerick side backed up by fellow Deise players Mark Fitzgerald (Passage), Rory Furlong (Roanmore) and James Power (Clonea).
The following week will see SETU, with strong Waterford representation, away to U.C.G before their home game against Munster T.U. a week later.