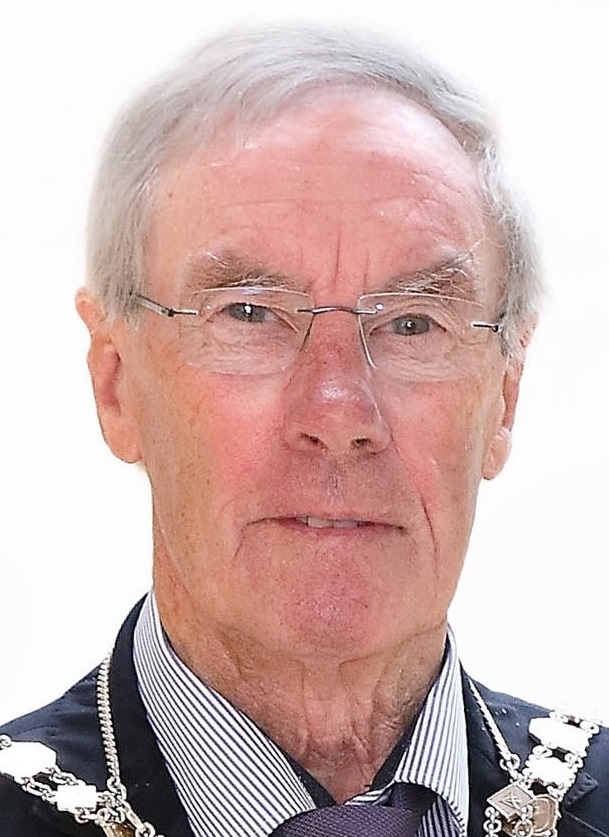 The late Cllr Davy Daniels, who died on January 10.

“From day one as an elected member, Davy was a details man.”

THE words of the Reverend Henry Van Dyke were consulted when assessing the remarkable public service Davy Daniels was devoted to since his election to Waterford Corporation in 1974.

“Four things a man must learn to do, If he would make his life more true: To think without confusion clearly, To love his fellow-man sincerely, To act from honest motives purely, To trust in God and Heaven securely.”

Cllr Daniels, who served three terms as Mayor of Waterford and one term as Metropolitan Mayor, was guided by all of the qualities Van Dyke championed. Ensuring the road markings in an estate within his ward/constituency were updated was as important to him as the city looking at its best to greet the Tour de France or the Tall Ships. From day one as an elected member, Davy was a details man.

There were no small jobs on the many pieces of paper Davy penned over six different decades in public life: there were only jobs. Jobs that he advocated for on behalf of a local resident, for an estate, for an entire suburb and, in turn, the city he served so faithfully and diligently for 49 remarkable years.

His years as a competitive race walker helped to hone a sense of patience which was often required when chairing many a tense Council meeting or awaiting delivery of protracted projects. And let’s face it, Waterford has had more than its fair share of the latter.

Few if any of his colleagues in City Hall lobbied for as long or spoke as frequently as Cllr Daniels did regarding 24/7 cardiac care at UHW, university status for Waterford and the commercial viability of Waterford Airport.

The rejuvenation of the People’s Park during his Mayoralty in 2000/01 was a source of great pride to Davy, who recognised the significance of tree and shrub planting throughout city estates long before it became a fashionable topic.

A lifelong sporting enthusiast, Davy took enormous satisfaction in the development and expansion of the Regional Sports Centre at Kilbarry. Lands which were once part of as well as adjacent to the old dump now aid in the promotion of sporting excellence and healthier living.

The significance of education was also among Davy’s life-long priorities, exemplified by his work on the Board of Management at St John Of God National School on the Passage Road.

Away from the hustle of Council meetings and receptions, Davy was arguably never happier than he was when out on the farm in Garrarus, surrounded by the family he adored as well as his cattle.

A man of deep faith, as the mark on his forehead each Ash Wednesday morning gave visible evidence to, Davy drew great solace from his religion throughout his life, sustaining him through many challenges and campaigns. His was a life which exuded decency and kindness.

To Davy’s wife Mary, sons Liam and David, the grandchildren he doted on and his many friends and colleagues, we extend both our deepest sympathies and enormous gratitude for the service Davy gave to the city he loved. Rest well, Davy. And thank you for everything.