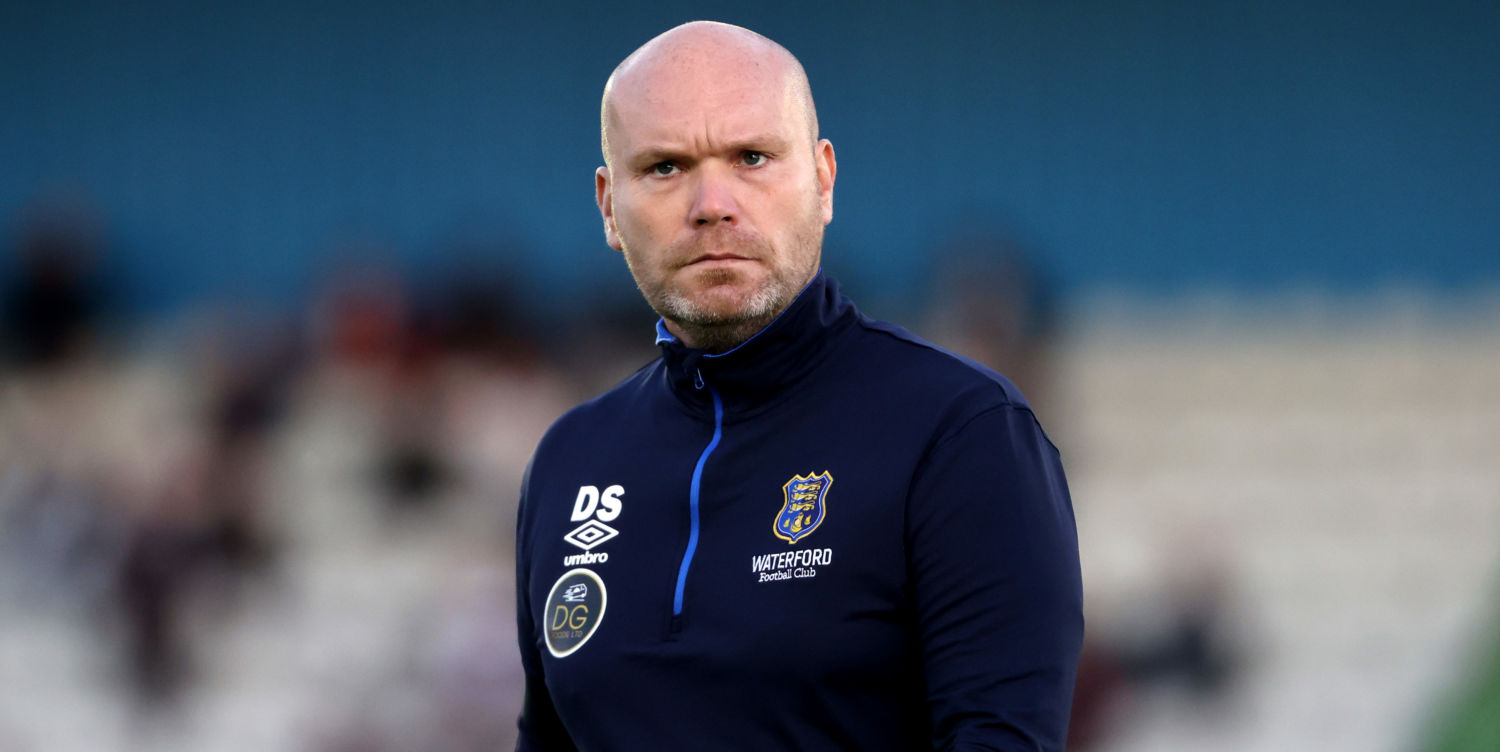 Waterford FC manager Danny Searle (pictured above) is confident that things shaping up nicely ahead of the start of the SSE Airtricity First Division season after the Blues played their first pre-season friendly against Hibernians on Saturday night.
Speaking to the Waterford News & Star on the season ahead, Searle said: “Look, obviously I came in just over halfway through last season, and I was looking at things. I was thinking that I’d got to hit the ground running because I wasn’t there for the preparations or the recruitment.
“We’ve had a great off-season in terms of work basically. It’s been off-season for a lot of people, but not for us, so we’re pleased with the business that we’ve done so far and obviously there’s more to do. To get the first 90 minutes under our belts against Hibs is great.
“When I first came here, it was a step into the unknown for me. I know that we touched on it a couple of times last season, because I wasn’t familiar with the Irish League, and the standard. I was learning every day, but I think that we built a good repour. I thought that during last season we saw progression and got better, but we didn’t get ourselves over that last hurdle. There is a chance for us to start afresh this year.
“We have put ourselves in a fantastic position this season with retaining the players that we’ve managed to, the players we’ve added, and the players that we expect to walk through the door in the next two weeks. I think that we’ve giving ourselves some opportunity where we can hopefully write some wrongs from last year.”

BIG SIGNINGS
Two players that Searle is keen for fans to see is Connor Parsons and Giles Philips. “Connor is a player that has great pedigree and any Waterford fan knew that deep down it was going to be very difficult to beat Phoenix this season. He done amazing for this club last season, and it fully warranted his move.
“We needed to replace that. We need to replace his goals and his assists. I’ve been a big fan of Connor for a long time, and fortunately I know his agent very well. We had a joking conversation on the phone, but low and behold we managed to get a deal done with him. I’m delighted to have him in the building.
“Giles Philips is someone that I know really well. He is a player that brings a fantastic mentality to the club, and I trust him. I think that’s one of the biggest things with him, and I’m delighted to have him on board. I think that the players need to believe that they are safe with you to a certain degree, and I’ve got to trust them.
“We are going to be playing a certain style of football where you are going to put the ball at risk, and they will need to have the confidence. I think that all the players who were here last year and are still here this year, I’ve got their backs, and I’m confident that they’ve got mine.”

FLEETWOOD PLAYERS BOUND?
Searle has admitted that the trip to Dubai won’t be just a holiday and that players are likely to arrive to the club from Fleetwood Town. “I think at times that people forget that Andy Pilley owns a lot of football clubs, and one of those in Dubai so when you look at the facilities and everything they’ve got, really for us it was just about putting the flights together and getting out there. The weather here isn’t great at the minute.
“We have struggled to get on grass so far, which is hard because of the pitches. So to get out and get a full weeks training. The lads are going to be doing ten or twelve hour days when they are out there. This isn’t a sunglasses and sliders holiday. This is a tour and a pre-season camp. Any speak of jolly up is not in our minds.
“We are up to 17 players, but there are a couple that haven’t been announced yet. They will be soon. There is three that haven’t been announced yet so we’re looking at probably three more. One thing that we have got is some good young lads. We can’t block pathways either.
“We’re building a squad that will be a lot stronger than it was last season. We have to look at bringing loan signings from Fleetwood because that is part of the relationships. The owner is adamant with the players that we’ve retained and brought in so far that he wants to win the league. Yes Phoenix is gone the other way, but I’m pretty confident that you’ll see a few come this way.”

AN AIR OF CONFIDENCE
“I was adamant at the Senior management meeting with the board that we keep Brian Murphy on board. He brings a wealth of experience, and he wants transition into that coaching side of things, and has already had an input into the everyday work that we do. We have a strong backroom staff that have real passion for this club.
“I think that when you are trying to be successful and trying to build success, everyone wants it. The players, the board, the staff, and the supporters. We have to stick together, but also know it’s going to be a tough season.
“The irony is that there is a lot of clubs in the first division that have invested so it’s going to be a tougher league than last year. I fully back this group of players, I fully back the fans, and I fully back this club to be back where they need to be come the end of the season.” 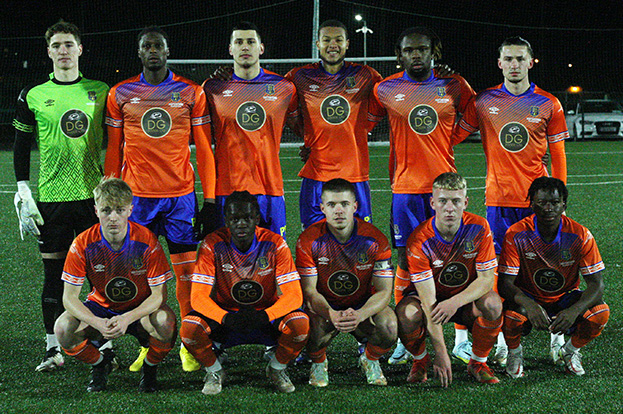