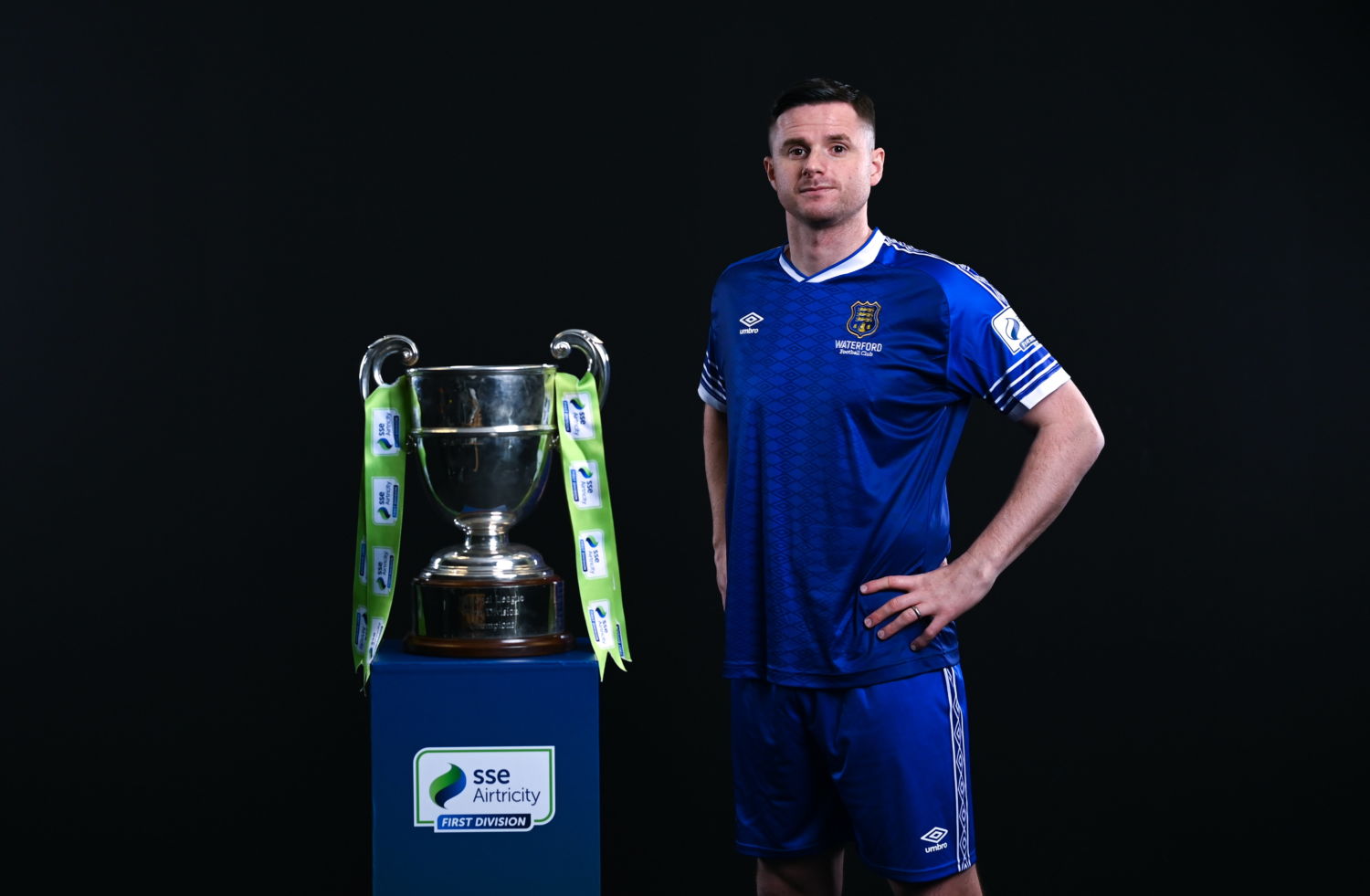 Eddie Nolan, pictured at the 2022 SSE Airtricity League Launch, has resigned for the Blues for 2023. Photo: Sportsfile.

After missing a large portion of the 2022 SSE Airtricity First Division through injury, Waterford native Eddie Nolan will be back in a Waterford FC jersey this season after the central defender signed an extension to his contract for the 2023 campaign.
Nolan, who spent over 15 years playing in England during a very good career, returned to his hometown club back in 2021, and after making 18 appearances last season before suffering injury, he will certainly bring a degree of experience to the current squad.
With manager Danny Searle hoping to add a number of new faces, the decision of Nolan to stay onboard for the forthcoming season is a massive boost as the club continue to finalise their squad ahead of the season opener away to Wexford on February 17.
Capped three times at Senior level for the Republic of Ireland, Nolan picked up an injury last July where he only made one appearance following the 1-0 defeat away to Galway United on July 1, but did make a late appearance in the second-leg playoff game at home to Treaty United.
He was an unused substitute for the game that saw the Blues lose to UCD in the promotion/relegation playoff final, and after an air of uncertainty to whether or not he would join Brian Murphy in retirement, he has instead decided to remain on board as the Blues target promotion back to the top-flight.
Commenting on his decision to remain with the club, Eddie Nolan said: “I am delighted to have signed a new contract with my hometown club. We all want promotion and getting the club back to where it should be and that’s our aim for 2023.
“The gaffer is putting together a really competitive squad; I’m really happy to be part of that and I can’t wait to get the season going.”
The Blues will be in pre-season action this evening (Tuesday) when they take on Tramore in a friendly game at Graun Park with a 7pm kick-off.