Baggley is the first Blues loan signing from Fleetwood 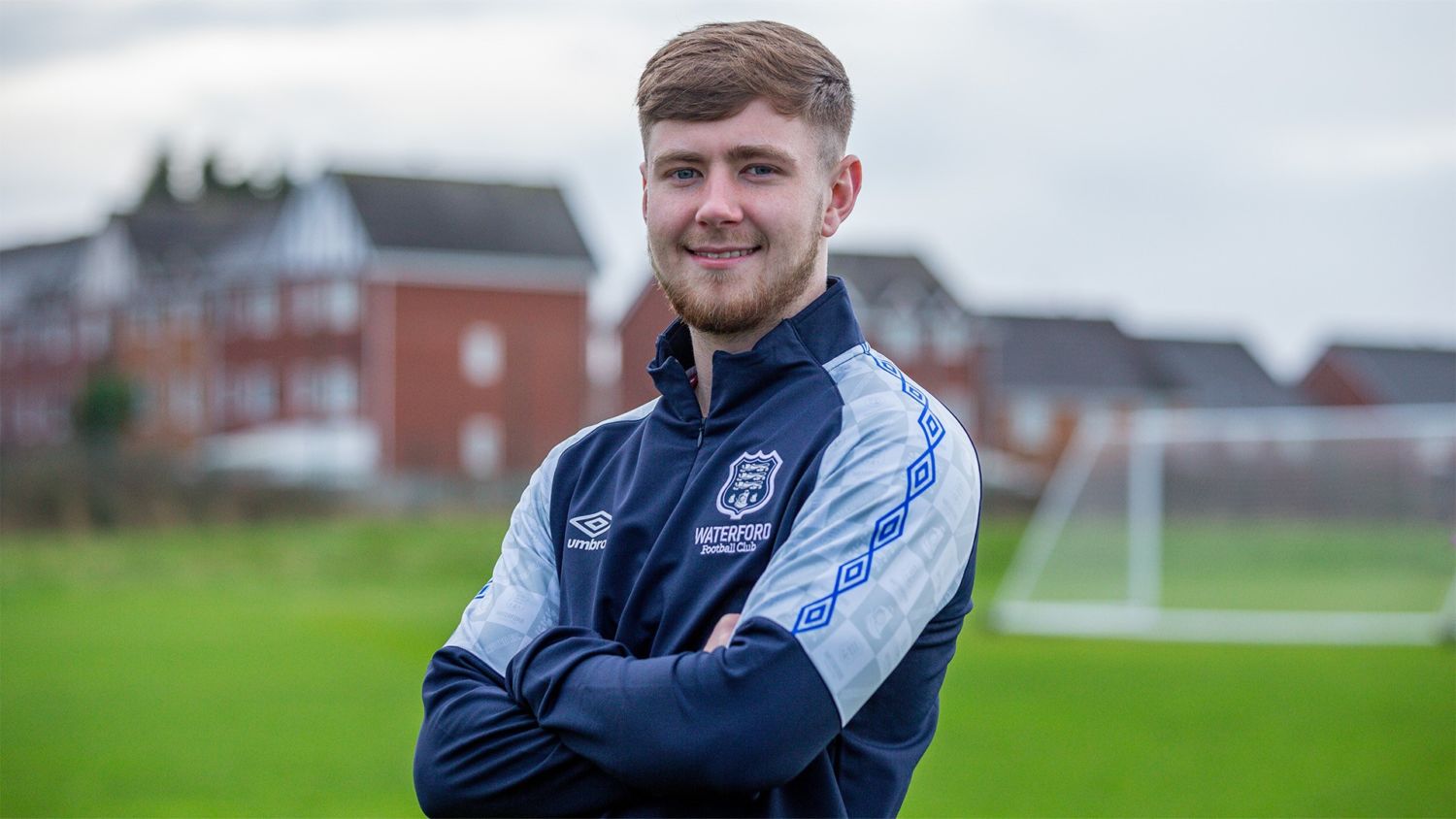 After Phoenix Patterson became the first Waterford FC player to make the move to Fleetwood Town, Barry Baggley has become the first player to go in the opposite direction after he has completed a loan deal that will keep him at the Blues for the 2023 campaign.
The midfielder, who has played 15 times for the Highbury club, joins Danny Searle’s squad in a bid to lead the club back to the top flight, and he is due to be part of the Waterford squad that will make the trip to Dubai for the pre-season trip.
21-year-old Baggley was is a native of Belfast where he has played at International level for Northern Ireland at underage level. After beginning his career with Linfield and Glentoran, he made the move to Fleetwood Town in 2018 where he made his senior debut against Walsall when he became the youngest player to play for the club.
He signed a new three-year-deal with Fleetwood back in 2021 before joining Altrincham on loan before making the return to the North West before making the loan move to Waterford where he is looking forward to the season ahead.
Commenting on his loan move to the RSC, Baggley said: “I’m really looking forward to it and getting started. I know the club has got high expectations pushing for promotion and hopefully another cup run.
“From my point of view, I want to help the club and get as many minutes on the pitch as I can. I love to get on the ball and play forward and create, get into the box and score goals when I can. I’ll work hard for the team in my defensive duties too when I need to.
“I spoke to Phoenix [Patterson] and he told me about how good the group was, about the top-class facilities and stadium, and how great the fans at the club are so I can’t wait to get started.”